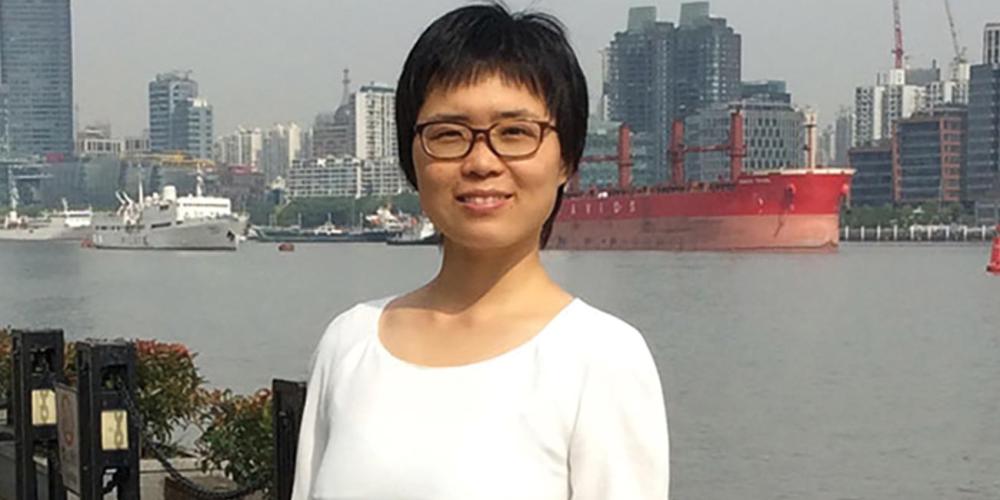 To Sabbath School teachers: This story is for Sabbath, October 1.

hristie grew up in a family without any religious beliefs in Asia. As a teenager, she asked herself, “What’s the meaning of life?” She thought if a person only had one life to live, then the best way to live was to eat, drink, and be merry. But such a life seemed meaningless to her.

One summer, Christie took English-language classes. The teacher was from the United States and held a doctorate in theology. At the beginning of the first lesson, he introduced himself by sharing a miracle about how God had spared his life in a car accident. His car had been damaged badly in the crash, but he felt like he had been covered by an enormous cup, allowing him to escape the wreck unhurt. Christie was impressed by the miracle story, and she shared it with her parents immediately after the class.

A decade passed, and Christie thought again about God when she went to Canada on vacation. A church was located near her hotel in the city of Vancouver. She saw a man standing at the church gate, holding a sign reading, “Back home.” Later that day, she passed the church again and saw the same man still holding the sign reading, “Back home.” The wind was blowing strongly that day, and she wondered why the man was willing to brave the weather to hold the sign. The image of the man holding the sign lingered in her mind for months afterward. She decided that there must be something special about Christian beliefs.

Back at home, Christie enrolled in postgraduate studies. She was surprised when a teacher presented her and other students with the gift of a devotional book. She was impressed with the book because it answered some of her questions about the meaning of life. She wrote an e-mail to the teacher to thank him, and she indicated that she wanted to know more about Jesus. The teacher introduced her to another teacher who led a weekly evening worship group in her home. Christie felt loved and accepted by the worship group, and she began to read the Bible daily. After a while, she gave her heart to God.

Christie visited a number of churches and church events, but she sensed that something wasn’t quite right with her relationship with God.

Two years passed, and Christie happened to notice Hope Channel on television during a trip to New Zealand. Back at home, she searched online and found the Hope Sabbath School program on YouTube.

As she watched, she gained a clearer picture of God. She realized that God is full of mercy, eager to call people back to Him to save them, and always willing to forgive. For the first time, she felt complete in her relationship with God. She decided to join the Seventh-day Adventist Church and to be baptized by immersion.

“Thank God for bringing Hope Sabbath School into my life to grow my spirituality,” she says. “Now I am willing to give all my life to Jesus and desire to live a life that glorifies God. That is the true meaning of life.”

Thank you for your Thirteenth Sabbath Offering in 2016 that helped Hope Channel become a free-to-air channel that blankets New Zealand. Because of Hope Channel’s wide reach, Christie was able to watch it when she visited New Zealand for a few days in 2016 — the same year that its free-to-air coverage went nationwide. Your Thirteenth Sabbath Offering this quarter will help bring Hope Channel television and Hope FM Radio to Papua New Guinea.