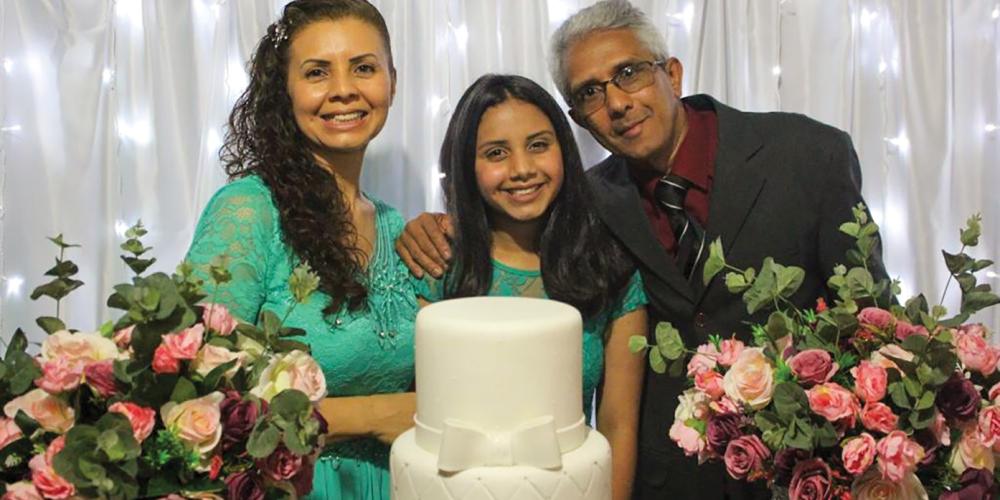 Depending on God Alone

This mission story illustrates Spiritual Growth Objective No. 5 of the Seventh-day Adventist Church’s “I Will Go” strategic plan, “To disciple individuals and families into spirit-filled lives.” The project to establish a new church in Maua, Brazil, illustrates Mission Objective No. 4, “To strengthen Seventh-day Adventist institutions in upholding freedom, wholistic health, and hope through Jesus, and restoring in people the image of God.” For more information, go to the website: IWillGo2020.org.

To Sabbath School teachers: This story is for Sabbath, September 17.

verything seemed perfect and under control after Marcelo gave his heart to Jesus in Brazil. But then a new management team assumed control of the textile company where he worked, and their changes put his job at risk.

The new managers reduced the number of hours that the employees worked during the week and, to make up for it, introduced an extra work day on Saturdays.

Marcelo had no intention of working on Sabbath. He had faithfully kept the Sabbath every week since he and his wife, Cláudia, had joined the Seventh-day Adventist Church three years earlier.

Marcelo tried to speak with the management but to no avail. All employees were asked to sign a contract agreeing to the new work hours. Marcelo was the only person who refused.

Fear overwhelmed Marcelo as he contemplated an uncertain future. Would he be fired? What would happen next?

But then he decided to surrender everything to God. He would let God fight the battle for him. Peace filled his heart as he made the decision. He felt certain that God would not forsake him.

The flames of affliction grew hotter as the company implemented the new work routine. During the first week, Marcelo followed the same work schedule as the others. But on Sabbath he went to church while his coworkers worked.

When he returned to work on Monday, he found to his surprise that he still had a job. The days passed, and he wondered what would happen next. On payday, he found out that his salary had been cut.

Marcelo didn’t know how he and his wife would survive. Complicating matters, his wife had recently become pregnant.

The company was no longer a pleasant place to work. Coworkers mocked Marcelo. “You’re crazy,” said one. “You’re lazy,” said another. Marcelo will never forget the day that a coworker said, “I want to see what your God will do for you.”

Marcelo renewed his decision to leave everything in God’s hands. Month after month, he and his wife lived on faith and emergency aid from church members and relatives. As the crisis dragged on, he buckled down on his decision. He would remain faithful to God no matter the cost.

After a while, Marcelo’s coworkers stopped taunting him as they saw his faithfulness to God and his diligence at work. They even began to support him. One day, they signed a petition to the managers, asking that Marcelo receive Saturdays off and his full salary. The petition went unanswered.

Two years passed, but God did not forsake Marcelo and his family. Marcelo saw the fulfillment of the words of the psalmist, “I have been young, and now am old; yet I have not seen the righteous forsaken, nor his descendants begging bread” (Psalm 37:25, NKJV).

God honored Marcelo for honoring Him. One day, Marcelo received an unexpected letter from the managers. They acknowledged that they had treated him unfairly and promised to restore his salary and respect his right to worship on Sabbath. Marcelo and his wife were thrilled! God had answered their prayers!

Marcelo went on to work at the company for another 14 years. He says, “I can affirm that it is worth serving God. I believe that through God’s grace I was able to leave a mark on the company. Many coworkers learned about God and His faithfulness through my experience. They saw what my God is able to do.”

Part of this quarter’s Thirteenth Sabbath Offering will help open a new church in Marcelo’s hometown of Maua, Brazil. Thank you for planning a generous offering on September 24.

This mission story illustrates Spiritual Growth Objective No. 5 of the Seventh-day Adventist Church’s “I Will Go” strategic plan, “To disciple individuals and families into spirit-filled lives.” The project to establish a new church in Maua, Brazil, illustrates Mission Objective No. 4, “To strengthen Seventh-day Adventist institutions in upholding freedom, wholistic health, and hope through Jesus, and restoring in people the image of God.” For more information, go to the website: IWillGo2020.org.