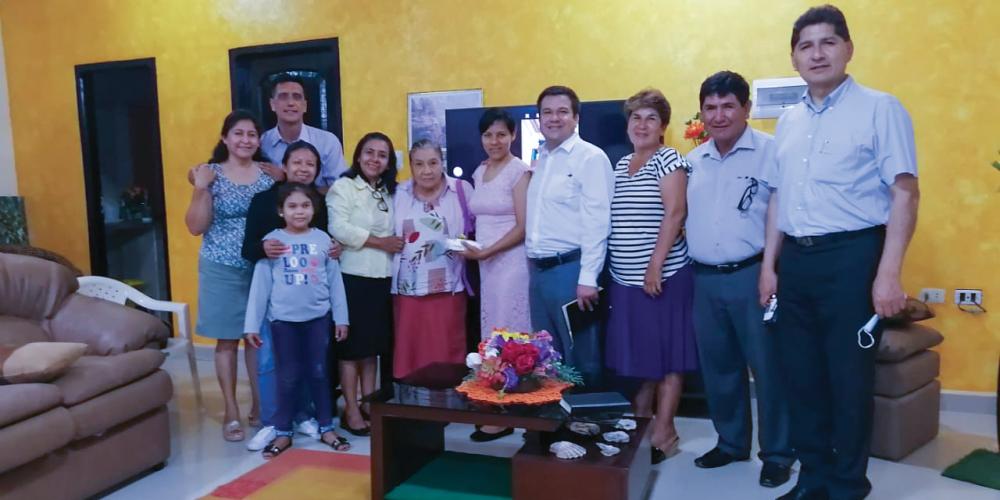 God Is in Control

This mission story illustrates Mission Objective No. 4 of the Seventh-day Adventist Church’s “I Will Go” strategic plan, “To strengthen Seventh-day Adventist institutions in upholding freedom, wholistic health, and hope through Jesus, and restoring in people the image of God.” For more information, go to the website: IWillGo2020.org.

To Sabbath School teachers: This story is for Sabbath, July 23.

arol came to her friend Kurt with a big problem. Someone was trying to steal her house in Trinidad, Bolivia, and she wanted Kurt’s help.

The problem began when Carol moved from Bolivia to Brazil to pursue a post-graduate degree in anesthesiology. Carol and Kurt had worked together at a medical university, and she and her husband also had run a medical clinic in Trinidad.

When Carol and her husband moved to Brazil, they left their house and land in the hands of a trusted friend. It was a good piece of property, located on prime land just three blocks from the city center. Their friend moved into their house and expressed an interest in buying it and the surrounding land. Carol loaned him money to help with the purchase.

But when Carol returned for a visit several years later, she found to her dismay that the friend had initiated legal proceedings to acquire the house and land at no cost. He was taking advantage of usucapion, a legal process that allows a person to acquire the title to a property simply by possessing it for a long, uninterrupted period of time.

Carol went to court, and the litigation dragged on for year after year. In the fifth year of litigation, Carol finished her postgraduate studies and received a good job in Brazil. She and her husband also bought a house in Brazil and settled down. They did not have the money to pursue the court case in Bolivia, so Carol came to Kurt, an old friend. “I want to give this property to your church,” she said.

She recalled that she and her husband had at one point wanted to construct a medical clinic on the land. But now, she said, she would like to see a Seventh-day Adventist church built on the site instead.

“I want this property to be a clinic for the soul,” she said.

Kurt consulted with church leaders, and they agreed to accept the donation to expand gospel outreach in the city.

But it seemed like Satan wanted to stop the deal. Court proceedings went on for another five years and ended up in the Supreme Court of Bolivia. The case was very time consuming, but the good Lord intervened, and the Supreme Court ruled in favor of the Adventist Church in only 30 days. The church received the title to the property, and plans were put into place to construct a new church building and healthy lifestyle center.

Part of this quarter’s Thirteenth Sabbath Offering will help construct the church building and healthy lifestyle center in Trinidad. Thank you for planning a generous offering on September 24 so that this land can have a clinic for souls.

“God has shown once again that He sets times and decides places at His good pleasure,” Kurt says. “God is in control. May His will always be done on earth just as it is done in heaven.”

This mission story illustrates Mission Objective No. 4 of the Seventh-day Adventist Church’s “I Will Go” strategic plan, “To strengthen Seventh-day Adventist institutions in upholding freedom, wholistic health, and hope through Jesus, and restoring in people the image of God.” For more information, go to the website: IWillGo2020.org.