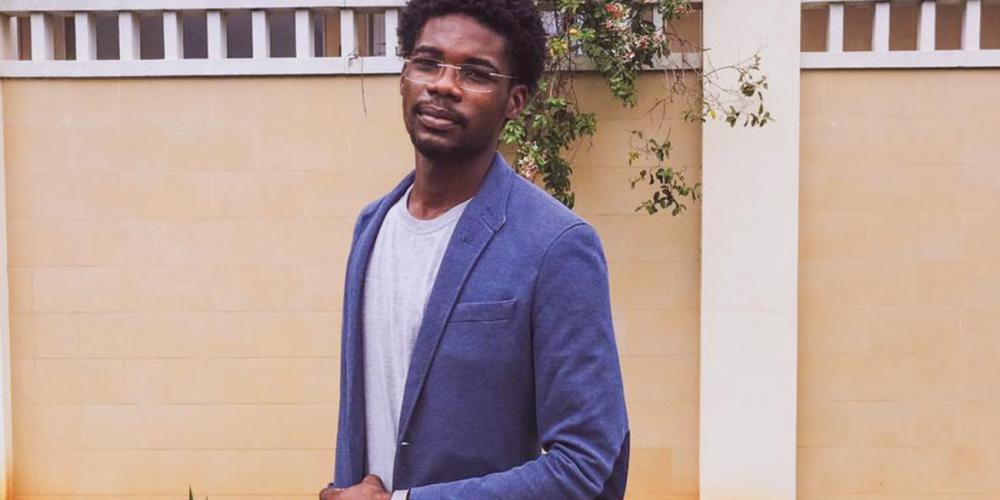 A Reason to Live

To Sabbath School teachers: This story is for Sabbath, June 11.

lthough I was born and raised in a Christian family, I never liked going to church in Luanda, Angola. As a small boy, I did everything possible to avoid attending religious classes meant to prepare me for baptism in my church. As a preteen, I fell in love with rock music, and I copied the clothing and lifestyles of rock musicians. At the same time, I became fascinated with satanic symbols. I associated the symbols with superiority and rebellion and drew them all over my body.

In high school, my best friend was a Goth, and I adopted a Gothic lifestyle, wearing black clothes and painting my fingernails black. My friend also loved rock music, and he decorated his bedroom with rock music posters and satanic symbols. Soon I got into alcohol and marijuana. I advocated atheism and openly declared that Jesus was a myth. As a teen, I started playing rock music, and I met a fellow musician who claimed to have made a pact with the devil. I liked the idea, and one night I told Satan that he could have my soul in exchange for musical success.

But then my life fell apart. My mother abruptly died, and my father, an alcoholic, drank even more. As the oldest of four brothers, responsibility fell on me to care for the family. I felt like I was suffocating under a load of impossible problems.

Amid this crisis, I made a promise to myself to never drink or smoke again. I began to pray to God, and I left the music scene. I began to date a woman who introduced me to the Seventh-day Adventist Church, and we attended Sabbath worship services.

After we broke up, I reconnected with old friends and quickly returned to my old habits. However, I wasn’t happy. Many nights I fell asleep drunk or high on marijuana. Thoughts of suicide filled my head. My life seemed so aimless and meaningless. In anguish, I wept. I remembered God and prayed for help. I felt like I was dying and had only a few days left to live. I told my new girlfriend about my distress, and she mentioned my name to a cousin. The cousin had returned recently to Angola after receiving a degree in psychology. The cousin also had become an Adventist while studying abroad. Meeting with me for counseling, the cousin told me to build my life on God alone and explained how to do it.

I resolved to put God first in my life, and I started to develop healthy practices. I made it a habit to pray before making any decision and to seek only the will of God. As prayer became a regular part of my life, I gained the courage to dream again. I found a reason to live.

Remembering my former Adventist girlfriend, I decided to return to her church. I wondered how I would feel at Sabbath worship services. The feeling surprised me. The moment I stepped into the church, I longed to get baptized. When the service ended, I immediately enrolled in the baptismal class. Unlike when I was a small boy, I now wanted to learn the meaning of baptism and to prepare for it. In the class, I learned for the first time about Jesus and the plan of salvation. The reality of Jesus’ love for me only increased by desire to give my heart to Him through baptism.

Today, I can say that I finally am free. I live one day after another, savoring true peace and incredible joy. I finally have a purpose and responsibility in life: to bring souls to our Savior and Creator. I once used my influence to lead souls to hell, but today I use it, with Christ’s help, to lead souls to heaven.

Part of this quarter’s Thirteenth Sabbath Offering will help open a Seventh-day Adventist school in Graça’s hometown of Luanda, Angola. Thank you for planning a generous offering.