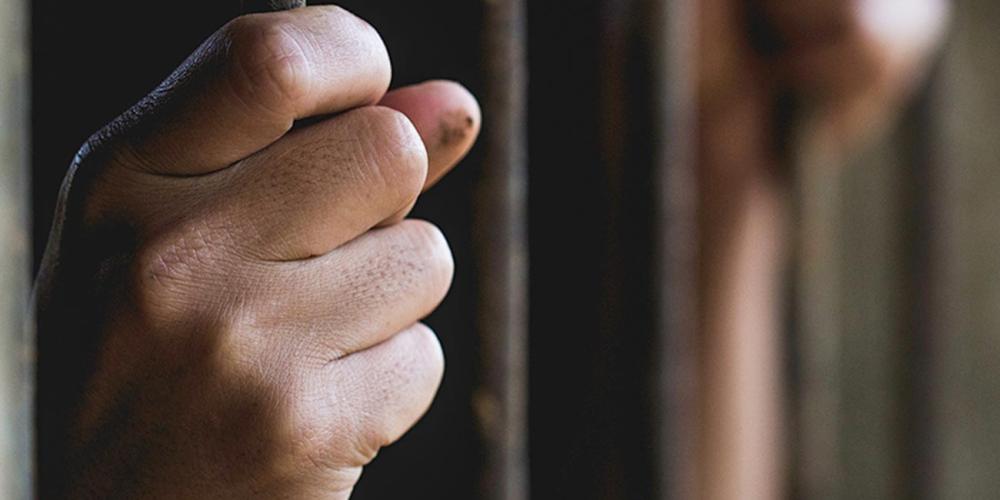 To Sabbath School teachers: This story is for Sabbath, May 7.

s a young man, I joined a gang that sold marijuana and other drugs in Angola.

There were 13 of us in the gang, and I bought drugs for the others to sell. I did not use drugs, and my fellow gang members began to think that I considered myself better than them. So, the gang leader confronted me.

“If you don’t smoke some weed with us, we’re going to beat you up,” he said.

What could I do? I smoked.

My introduction to marijuana started a deep descent into a life of crime. I no longer simply bought drugs and delivered them to the gang. I joined the gang in carjacking, robbing stores, and burglarizing homes.

We terrorized neighborhoods outside Angola’s capital, Luanda, and the police decided to act. In a short period of time, they managed to kill all 12 of my fellow gangsters. Somehow, I survived. Unfazed, a friend and I formed a new gang. Now I was a gang leader and very much addicted to drugs and crime.

I am not proud of the life that I led. I saw 180 friends killed by the police. I was arrested more than 40 times, and courts convicted me three times.

During the third stint in prison, I heard about the Seventh-day Adventist Church for the first time. A church member visited regularly and gave me Bible studies.

But after my release, I moved into an aunt’s house and promptly formed a new gang. During the robbery of a gas station, something went wrong, and a security guard was killed. When the police learned that I was at my aunt’s house, they arrived to kill me.

Somehow, I survived the raid. I was sleeping when the police arrived, and somehow, they did not find me even though they searched high and low. My aunt was scared, and she told me to leave. So, I moved into the basement of my mother’s house. My mother did not want me to lead the gang out of her basement, so she took me to a witch doctor who promised to help.

For a while, the witch doctor’s spells seemed to work. For four months, I did not use drugs or commit any crimes. My mother and the rest of my family were very happy. But in the fifth month, I returned to my old life with even more enthusiasm than before. My life seemed hopeless.

Then I met a man whom everyone called Pimp. He had tattoos all over his body. With his name and appearance, he could have been a gangster like me. But he did not talk or act like a gangster. He was a Seventh-day Adventist. One day, Pimp showed me Romans 8:14, which says, “For as many as are led by the Spirit of God, these are sons of God” (NKJV).

When I heard those words, a deep desire sprouted in me to be a son of God. I wondered to myself, “Does God have a plan for even me?”

I started to read the Bible with Pimp. As we studied, I learned about God and realized that He does love even me. I saw that Jesus died for me. “For God so loved the world that He gave His only begotten Son, that whoever believes in Him should not perish but have everlasting life” (John 3:16).

My life began to change. I decided that I wanted to die — I wanted to die to my old life and to be born again in Jesus. I gave my heart to Jesus and joined the Seventh-day Adventist Church in 2013.

Today, praise God, I am studying to become a pastor at Mozambique Adventist University.

My family, neighbors, and friends have sharply criticized my decision to follow Jesus, but I do not mind. All I want is to serve Jesus for the rest of my life. My heart is His, and I pray that He can use me to lead many other hearts to Him, including those in my family.

Part of the Thirteenth Sabbath Offering three years ago helped Mozambique Adventist University, where David studies, expand with new classrooms and equipment. Thank you for your offering. This quarter, the Thirteenth Sabbath Offering will help establish four projects in David’s home country of Angola, including a Seventh-day Adventist school in Luanda, near where he used to live. Thank you for planning a generous offering.