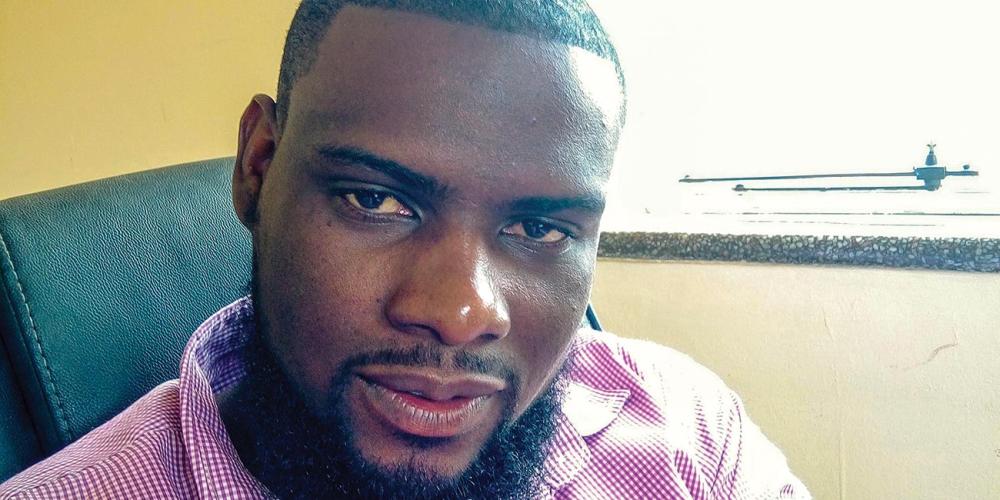 Meet You on the Other Side

To Sabbath School teachers: This story is for Sabbath, April 30.

y stepfather roared as he returned home from work.

I knew what would happen next. He always came home angry and beat Mother.

I was 5, and my four siblings and I were visiting our parents in a small town in Namibia. We lived with Grandmother in a village about 20 miles (35 kilometers) away, but we were on vacation.

Mother was busy in the kitchen. On her back, she was carrying my 2-year-old brother, Tommy, wrapped in a cloth.

My stepfather loomed at the kitchen door.

“Why isn’t supper ready?” he shouted as he slapped Mother’s face.

Mother, screaming, ran to the back door and fled outside. My stepfather followed with a large stick in his hand. Abruptly, he flung the stick at her. Mother dodged, and the stick struck little Tommy.

As Tommy’s wail pierced the air, Mother stopped. “You killed my son!” she cried.

Sympathetic neighbors surrounded her, and someone called the police. Police officers called for an ambulance. They also handcuffed my stepfather and jailed him.

At the hospital, Tommy underwent an emergency surgery for a fractured skull. Afterward, the physician, weeping, said the boy had suffered brain damage and would be paralyzed on his right side. My mother and family friends wept as they heard the news in the hospital room. A man spoke up from the corner.

Throwing his hands into the air, he prayed, “My Father in heaven, I am not Elijah. Neither do I claim to be holier than the people in this room. But I stand here sheltered under the grace of Christ. Remember these people. Hear the intensity of their pain. Let Your will be done. In Christ Jesus’ name I pray, Amen.”

The room was quiet after the prayer. I sensed peace. I understood that there is a God in heaven. This man knew God.

Two weeks later, little Tommy was discharged from the hospital. Just as the doctor had said, he was paralyzed on his right side. He also had difficulty talking.

For months, I thought about the hospital prayer. I longed to talk to God in a similar way. A year later, when I was 6, I began to go to a Seventh-day Adventist church with a cousin every Sabbath. During the year that I attended, I noticed that church members prayed like the man at the hospital. They seemed to know God.

Meanwhile, Tommy’s life was filled with suffering. One day, when he was 12 and I was 15, we sat under a tree waiting for Grandmother to serve lunch. Suddenly, Tommy fainted and fell to the ground. Reviving, he screamed, “I’m dying!” Then he became silent and stopped breathing.

Grandmother frantically called for help. I cried uncontrollably. I felt so helpless. Then I remembered the man who had prayed at the hospital. I wanted peace. My prayer was short and to the point. “I am young,” I said. “I don’t have the strength to bear this pain. Give me one more chance to get ready for Tommy’s death.” The moment I said, “Amen,” Tommy sneezed. He sneezed three times, and Grandma shouted, “He’s alive!” I thanked God.

Ten years passed, and I moved to Windhoek, Namibia’s capital, and joined the Adventist Church, the praying church whose members knew God.

One day, my sister called to say that Tommy was ill. Immediately, I remembered my desperate prayer and thought, “It’s time. My borrowed time has elapsed.”

I boarded a bus and made the 745-mile (1,200-kilometer) trip to my brother’s hospital bed. He was fighting for his life, but something was different. He had peace.

“My time is now,” he told me. “I have prayed to God. I’ll meet you on the other side. Keep believing in God.”

Three days later, Tommy died. But his words still ring in my ears, “I’ll meet you on the other side. Keep believing in God.”

Thank you for your mission offerings that help spread the good news in Namibia and throughout the Southern Africa-Indian Ocean Division that Jesus is coming soon.