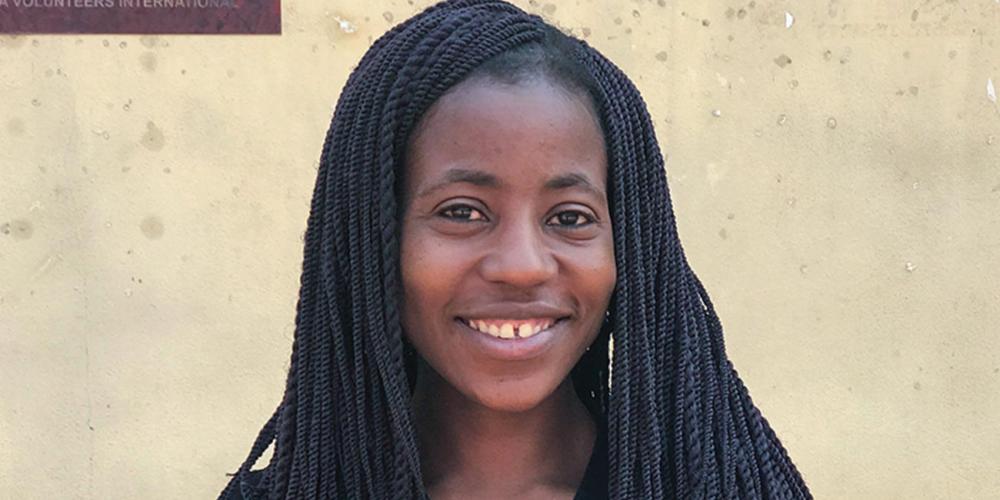 To Sabbath School teachers: This story is for Sabbath, April 23.

y name is Blessing, and my life is evidence of God’s bountiful blessings.

My family went to church every Sunday in Zimbabwe, but we were not devout. As a teen, I wanted to serve God, and I told a church leader that I wanted to be celibate for Christ.

“Do you have a boyfriend?” he asked.

“You should taste love first,” he said. “Then come back.”

I went away and tasted love — and stopped attending church for good.

In college, I made the wrong friends. We drank and went to parties.

When I was 18, I fell in love with a 21-year-old man. We tasted love like the church leader had suggested, and I got pregnant. In my culture, if you get pregnant, you have to stay with the man, so I moved in with him and his mother.

Then I realized that things were not what I expected. Neither my husband or I worked, and we always were fighting.

We had two children, and we kept fighting. I didn’t know the meaning of marriage. We both had our own dreams and hopes, and his mother seemed to be unkind all the time.

I began attending my husband’s church on Sundays.

Then I fell ill and went to my mother’s house for an extended period.

At Mother’s house, I had two unusual but identical dreams, three days apart. In both dreams, I heard sirens wailing and saw people running in all directions. I also saw a large stone coming down from heaven and an arrow pointing to a cross, where several people were standing. I heard a voice say, “Repent, for the world is coming to an end!”

I was confused. My husband’s church never spoke about the world coming to an end. I had no idea what the dreams meant.

My husband also didn’t understand the dreams. But I told him, “I am going to search for Jesus and, when I find Him, I am going to preach about Him.”

But where would I find Jesus?

Jobs were scare in Zimbabwe, and my husband and I moved to Botswana to look for work. While there, we met a Seventh-day Adventist elder who offered us Bible studies. At the first Bible study, the elder told us that the world is coming to an end and that Jesus is coming soon. He showed us texts from the Bible. Finally, I understood my dreams. I was so happy!

Through additional Bible studies, I found the Jesus of the Bible, and I got baptized and joined the Adventist Church.

I was determined to follow my conviction to preach about Jesus. I had found Him, and now I wanted to share my love for Him with others. I decided to study at Rusangu University, an Adventist school in Zambia.

Unfortunately, my husband left me and our two children to marry another woman.

I worked hard, cleaning many, many yards, to raise enough money to pay for the first few months of studies. My mother helped me out, and the university allowed me to join its work program to help pay for subsequent months.

I decided to study theology to learn more about God and to prepare to teach other young people that they can have the same hope that I have. No matter the poor decisions that we make in life, God always is ready to give a second chance. He is eager to reveal Himself to us. He wants people to find Him, and to preach about Him to others. Just like the voice in my dreams, He is calling on us to change course, to turn our lives around, and follow Him. He is saying, “Repent, for the world is coming to an end!” Jesus is coming soon! I cannot wait for that day.