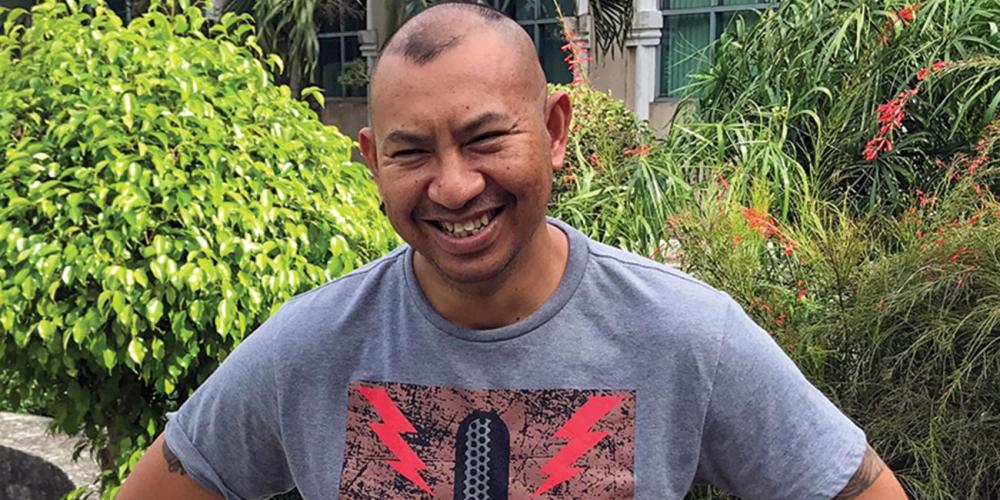 To Sabbath School teachers: This story is for Sabbath, February 19.

elindo, a 42-year-old shop owner in Timor-Leste, prayed to God for a no-smoking bus on the Indian Ocean island.

“Lord, I quit smoking, drinking, and eating unclean foods,” he said. “I don’t sell cigarettes, alcohol, coffee, or tea. But people are still smoking and drinking. Please help me. I want to buy a no-smoking bus so people can travel without smoke.”

Zelindo contacted his sister in the Indonesian city of Surabaya to ask about the price of a bus. She texted back that buses usually cost U.S.$35,000 but she had found a bus on sale for $31,500.

Zelindo excitedly told his brother, Fernando, about the bus, and Fernando offered to contribute $10,000.

Zelindo needed to pay a deposit of $15,000, so he transferred that amount from his savings. Three months later, he sent another $6,500.

He planned to use his brother’s $10,000 to pay off the rest when the bus arrived by ship in Dili, the capital of Timor-Leste.

On a Sunday morning, Zelindo received the phone call that the bus had arrived at the port and he could collect it the next day. He needed to bring the $10,000 with him. He wasn’t worried because his brother had promised the money.

Zelindo and his wife looked at each other. “What is going on?” he asked.

In the morning, Zelindo went to his brother to collect the promised money. But Fernando said, “I meant to call you, but I forgot. I wanted to say I can’t help you with the $10,000.”

Zelindo smiled. He was happy because he realized that God had already helped him. He had enough money from his shop to pay for the bus.

The bus, which is named Salvation, has become well known across the island and is especially popular with pregnant women and mothers with children. Not only is smoking banned, but worship music is played as the bus travels between towns. A large sign on the side of the bus proclaims the three angels’ messages of Revelation 14 that Jesus is coming soon.

“People love the bus,” Zelindo said. “They love it because no one is allowed to smoke.”

Even the police have endorsed it. One day, a church member called Zelindo from Timor-Leste’s second-largest city, Baucau, to say that the police had come to the main bus terminal and told the drivers,

“You have to be like this Salvation bus. They don’t allow anyone to smoke on the bus. You must follow their example.”

People have asked Zelindo to expand his bus service to other districts. Zelindo replies that he is praying to the Lord for help to buy a second bus.

Through Zelindo’s influence, five people were preparing to be baptized.

“God is blessing my business,” he said. “I praise God that I can lead people to Him through the bus and my shops.”

Part of a 2015 Thirteenth Sabbath Offering helped build the first Seventh-day Adventist school in Timor-Leste’s capital, Dili. Part of this quarter’s Thirteenth Sabbath Offering will help construct a dormitory at the school. Only about 700 Adventists live on the island of 1.3 million people, and the school — like Zelindo’s bus — plays an important role in sharing Jesus.