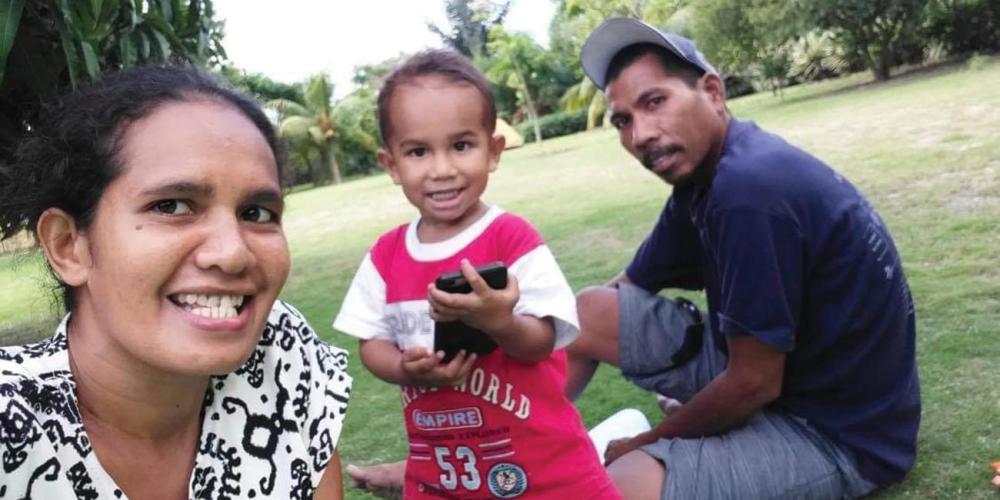 To Sabbath School teachers: This story is for Sabbath, February 12.

oney was tight for Tina, her husband, and their four children in Timor-Leste. Tina worked as an accountant and receptionist, and her husband worked as a mechanic. Somehow, they managed to make ends meet until they sent their son to an Adventist boarding school in neighboring Indonesia. There was no Adventist high school in Timor-Leste. The boy’s tuition was expensive, and Tina and her husband fell behind on payments when unexpected bills piled up from family funerals and an extended family crisis.

Tina was desperate. She applied to work on a strawberry farm in Australia. Church members reminded her that she had a one-year-old child, but she was determined to work as a seasonal laborer in Australia. She hoped to pay off the debt and return with some savings after six months.

Tina went to work on a farm in Tasmania. During her first week, the farm supervisor announced double pay for working on Saturdays. On Saturday morning, her roommate, who also was from Timor-Leste, headed to the strawberry fields. Tina, however, stayed in her room.

For two months she worshiped in her room on Sabbath. But one Sabbath she decided to look for the Seventh-day Adventist church in the nearest city, Launceston. She was unfamiliar with the city, and she quickly got lost. Everything was so unlike Timor-Leste, with hardly anyone on the streets, not even children. Worried, she tried to find her way back to the farm. After walking for two hours, she saw a man cleaning his yard.

“Good morning, sir,” she said. ”Can you help me, please? Where is the bus station?”

“I’m from Timor-Leste, and I want to go to the Adventist church,” she said.

“Oh! My wife is Adventist, but she is not going to church,” the man said. “But I know some other church members.”

The man took Tina to a church member’s house, and Tina started worshiping at the Adventist church from that Sabbath.

Church members welcomed her warmly, showering her with food, clothes, and even kitchen supplies. Her roommate and other workers grew angry when they saw her return on Saturday nights with her arms filled with gifts.

“What’s the real reason that you came to Australia?” asked one worker.

“But why don’t you work on Saturdays then? You know Saturday is double pay,” said another.

“You are only having fun,” said a third.

Tina was saddened by the false accusations. “I have six days in the week to earn money and only one day for God,” she said. “I know that God will provide even though I do not receive double pay.”

The workers demanded that the farm supervisor compel her to work Saturdays. Speaking with the supervisor, Tina said she had informed the farm owner during the job interview process that she was a Seventh-day Adventist and could not work on Saturdays. The owner had replied that Australia is a free country where people can worship on whatever day they choose. “I am sorry,” Tina said to the supervisor, ”but no matter what happens to me, I will never work on Saturdays. You can send me back to Timor-Leste.”

Tina was allowed to have Sabbaths off.

As time passed, four or five other workers began to show an interest in Tina’s faith, and they went to church with her on Sabbath.

At the end of the six months, Tina wondered whether she had made the right decision. The money that she had earned was barely enough to pay off the school debt. But when she flew back to Timor-Leste, she had more money than her friends who had worked on Saturdays. What happened?

On her last Sabbath in Australia, church members presented her with a parting gift, a pile of envelopes. In the church bathroom, Tina opened the envelopes and found money. It was more money than she would have earned if she had worked for double pay every Saturday.

Tears filled her eyes as she knelt down in the bathroom. “Thank You, God, for this amazing blessing,” she prayed. “It’s so amazing. I never expected to receive this kind of blessing without working. But God prepared everything for me. It is just as Jesus said in Luke 18:27, ‘The things which are impossible with men are possible with God’” (NKJV).

Part of the Thirteenth Sabbath Offering six years ago helped open the first Seventh-day Adventist school, where Tina’s children attend, in Timor-Leste. Part of this quarter’s offering will help construct a dormitory at the school. Thank you for planning a generous offering.