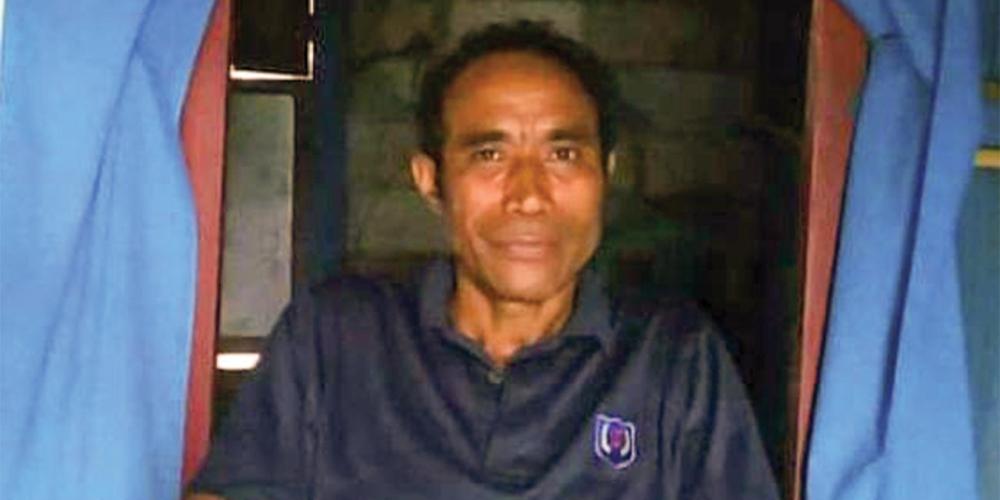 To Sabbath School teachers: This story is for Sabbath, January 8.

egetable garden is a good place to teach the Word of God. It is in the garden that seeds of truth can take root.

Many people in Timor-Leste have vegetable gardens near their homes. The crops are needed for food, and extra produce is sold to earn money. Essential crops in a family garden include corn, cassava, and sweet potatoes. Many gardens also grow leafy greens, pumpkins, papayas, bananas, and peanuts.

I was working in my own garden when a Seventh-day Adventist leader stopped by my home. “We are organizing a three-month program to train Bible workers,” he said. “You should join us.”

I liked the idea. I was eager to share my newfound love for Jesus after recently being baptized.

After completing the training program, all the students met at an Adventist church in Timor-Leste’s capital, Dili, to learn who would serve where. I was not chosen. We had more Bible workers than positions.

I returned to my home village to tend my garden. I also became an active member of the church.

Several years passed, and another church leader called me from Dili. “I have an idea,” he said. “Why don’t you serve as a Bible worker in your own province?”

I told Adolfo about how I had learned the biblical truth about the seventh-day Sabbath and decided to join the Seventh-day Adventist Church. I opened my Bible and spoke about the true Lord’s Day being on Saturday, not Sunday.

I could see that our conversation moved Adolfo deeply, and I prayed for the Holy Spirit to convict his heart.

Three days later, I returned to Adolfo’s house and invited him to join me in working in the garden of a neighbor, Angelo. I had found that the villagers welcomed my help in their gardens and, while we worked, I could teach them from the Bible. As Adolfo and I helped Angelo in his garden, I shared the Word of God. I could see that Adolfo and Angelo were enjoying the conversation. When we finished our work late in the afternoon, Adolfo came up to me. “Could you give me Bible studies?” he asked.

He and I began to meet at night for Bible studies. Since there was no electricity in the village, I had to provide kerosene for a lamp. During the day, I taught the Bible to other villagers as I helped them in their gardens.

Adolfo became the first villager to join the Adventist Church. Then Angelo asked for Bible studies. He had led a local church congregation for 12 years, and many villagers became angry when they saw that he was studying the Bible with me. I heard that they planned to beat me.

Angelo was worried about his and my safety. He suggested stopping Bible studies.

At the time, he and I were collecting and eating dry and peeled coconuts in his garden. I noticed that one of the dry coconuts had begun to sprout. It was unusual for a dead coconut to sprout.

Ten years passed, and the dead coconut grew into a healthy tree. Angelo took notice. On a recent visit to the village, I saw Angelo, and he declared that he wanted to be baptized.

I hope that many souls will be brought to the Lord in the garden that God has given me to tend in Timor-Leste.

Your Thirteenth Sabbath Offering six years ago helped open the first and only Seventh-day Adventist school in Timor-Leste’s capital, Dili. Part of this quarter’s offering will help construct a dormitory at the school so that children from faraway mountain villages like Kodo can study at the school. Thank you for planning a generous offering.