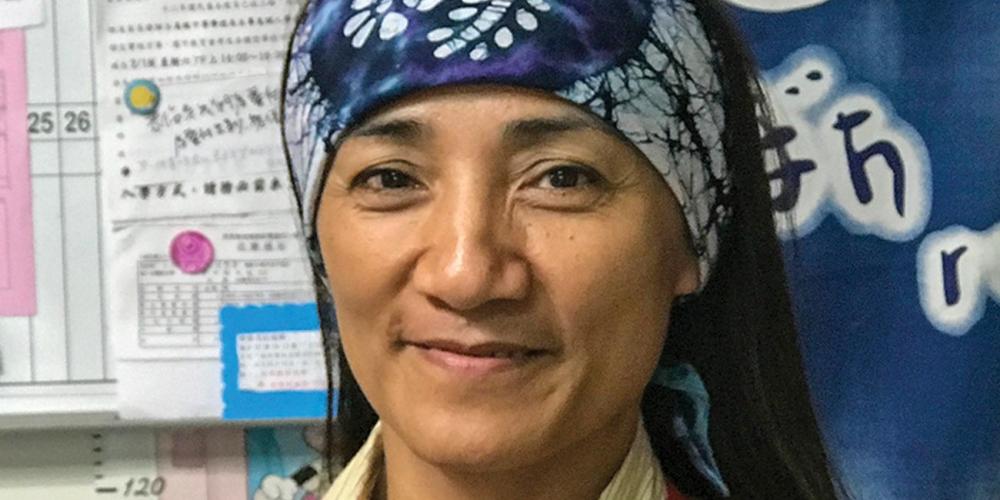 The Thirteenth Sabbath Offering this quarter will help the Northern Pacific-Asia Division to establish:

To Sabbath School teachers: This story is for Sabbath, December 25.

This story about Chang Zeng-Mei, an indigenous teacher, reflects the realities of indigenous people in Taiwan.

didn’t want to marry my husband because I was raised a Seventh-day Adventist and he belonged to another Christian denomination. But both of our parents wanted us to get married, and I had to obey our parents.


So, I went to my future husband, Ming-Huang, and said, “We can get married, but I will not change my religion.” He didn’t have a problem with that.

But then we started to discuss the wedding. I wanted it to be held in an Adventist church, but he said, “No! Because I am the husband, it should be in my church.”

I tried to find a compromise. “Let’s have the wedding outside,” I said. “But,” I added, “an Adventist pastor must officiate the wedding.”

One of my cousins was a pastor in Ming-Huang’s church, so he said, “Let’s ask your cousin to officiate the wedding.”

We argued back and forth.

Finally, I said, “If it is not an Adventist pastor, then I will not marry you.”

His mother had been a member of the Adventist Church. But her husband was not an Adventist and, after getting married, she had joined his church.

After speaking with his mother, Ming-Huang told me, “OK, my mother said we can have an Adventist pastor.”

But that was not the end of our troubles. It turned out that his mother liked me because she wanted me to change her son. He drank and didn’t go to church on Sundays. She thought I would make him behave. She also thought that I would join her church after the wedding.

I felt uncomfortable with the idea of marrying outside my faith. Ming-Huang knew that I felt uncomfortable, but by this time the whole village knew that our parents wanted us to get married. If we split up, he would lose face. It would be very embarrassing. In addition, many people praised me to him, saying, “She is a good girl. You have to marry her.”

He decided to become an Adventist so I would marry him and he wouldn’t lose face. A month before the wedding, he took Bible studies and was baptized. I’ll never forget that day. He wept as he came out of the water. He wanted to marry me, but he didn’t want to leave his old life. He didn’t want to stop drinking.

Six months after our parents decided that we should get married, we had an outdoor wedding with an Adventist pastor.

I felt a lot of pressure after the wedding. I felt like I had to change my husband. I had to bring him to church every Sabbath. I had to teach him to share Jesus with others.

Ming-Huang was a beaten man. He lost a great deal of self-esteem because he gave up so much to marry me. Then I informed him that he also had to wait to have a baby.

“You have drunk alcohol and eaten unclean food for a long time,” I said. “Your body is polluted.”

We waited seven months. During that time, I taught my husband how to eat healthy food and live a healthy lifestyle. Our neighbors noticed that he had changed and praised him as a new man.

But he didn’t want to be a new man. After our daughter was born, he began drinking again. I was sad and upset, but I couldn’t leave him.

Ten years passed, and we had a second daughter. We had many conflicts. One day I realized that we could no longer follow this path. I suggested that we separate, but he didn’t respond. So, I took our two children, the baby and 10-year-old girl, to the home of friends. I wanted my husband to be alone at home and think about life without his family. Ming-Huang didn’t want a divorce. He searched for me for three days and found me at the friends’ house. He agreed to change his ways.

I love my husband dearly, but I wouldn’t agree to marry him again if I could do it all over. I got married because I thought I could change him with God’s help. Before our wedding, I even prayed, “If You want to save this man, You must help me to change him.” But the Bible is right when it says, “Do not be unequally yoked” (1 Corinthians 6:14; NKJV). It’s better to marry a spouse of your own faith. Solomon, the wisest man who ever lived, learned this lesson the hard way.

If an Adventist woman is married to a non-Adventist, I recommend that you be a good example to your husband in your faith and lifestyle. Pray for him, cook for him, and show him your faith through your life. As Jesus said in Matthew 10:16, “Behold, I send you out as sheep in the midst of wolves. Therefore be wise as serpents and harmless as doves.”

Praise God that He saves us in spite of ourselves. My husband has become a caring husband and father. He also is a good church worker and an elder. God is good!

The Thirteenth Sabbath Offering this quarter will help the Northern Pacific-Asia Division to establish: