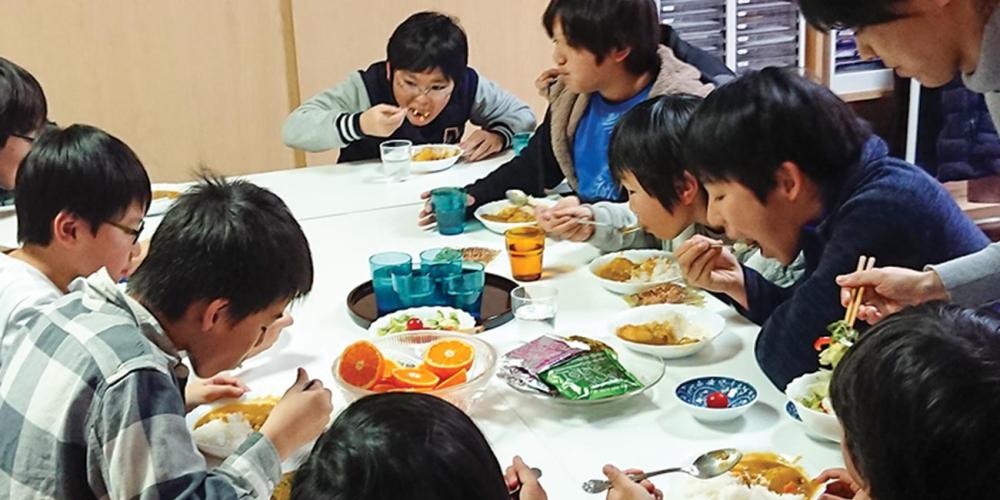 To Sabbath School teachers: This story is for Sabbath, November 6.

ara goes to a Seventh-day Adventist church in Japan every Sabbath. She is not an Adventist. Her family is not Adventist. No one in her family is even a Christian.

The reason that Sara goes to church every Sabbath is to eat at a children’s restaurant that operates on its premises.

The 14-year-old teenager enjoys eating sushi, but she especially likes the Sabbaths when the restaurant serves curried rice, which is a popular dish among Japanese schoolchildren. After lunch, she joins other children in listening to Bible stories, singing songs, and playing games.

Sara and her mother may not seem poor. Japan is viewed widely as an affluent country. But the government’s economic policies and the effects of globalization have created a growing gap between those who have and those who do not have. The result is not absolute poverty, where children starve to death, but rather relative poverty, where children live well below the average standard of living and get left behind the children who live in more affluent families. One in seven Japanese children now lives in this condition. Relative poverty has hit hard the homes of single parents like Sara’s mother. These parents cannot afford to provide decent meals for their children or to send them to after-school activities such as music lessons or sports. The parents have little time to help children with homework and no extra money to hire a tutor like more affluent families do.

Members of a Seventh-day Adventist church noticed the relative poverty in their community and began to provide free lunches on Sabbaths and tutoring on other days of the week. When the city government in Kashiwa, a city of about 410,000 people in the greater Tokyo area, decided to offer financial assistance to organizations that feed the impoverished children, the church applied for and received an ongoing grant. Ten to thirty children began to regularly show up at the church every Sabbath for a healthy lunch served by church members and other volunteers.

Sara was shy when she first arrived at the church to eat lunch and to play with the other children. But she loved the food and the Bible activities. She enjoyed the attention that church members showered on her, and she returned Sabbath after Sabbath. As she grew older, she began to help lead the afternoon program for the younger children. Then she was invited to a church summer camp. At the camp, she decided to give her heart to Jesus.

“You’ll have to wait until you are old enough to make up your own mind,” Mother said.

That meant Sara had to wait four more years to get baptized. Under Japanese law, a child cannot make such a decision without parental consent before the age of 18. Sara is 14. Church members were saddened when Sara told them about Mother’s response, but they were not surprised. It was a typical reaction from a Japanese mother who was not a Christian.

Please pray for Sara, her faith, and her mother. Please pray for the other children who eat, play, and learn about Jesus every Sabbath at Kashiwa Seventh-day Adventist Church, an urban center of influence that seeks to share Jesus’ love in the East Japan Conference. Thank you for your mission offerings that help spread the gospel — with and without sushi and curried rice.