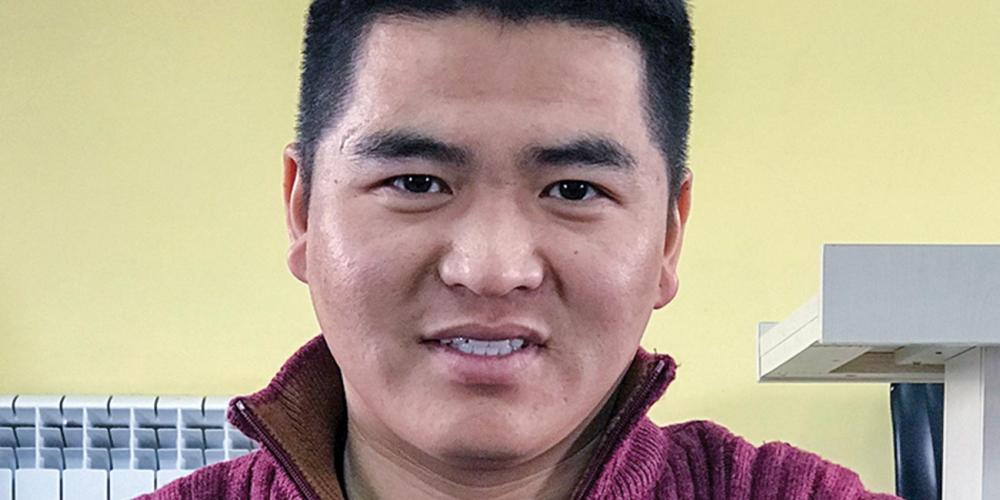 To Sabbath School teachers: This story is for Sabbath, October 23.

As a young boy, he wondered why horses are called horses, why dogs are called dogs, and why wolves are called wolves. But no one could tell him who had named the animals.

On a street in Mongolia’s capital, he saw billboards warning against smoking. He asked his father why people lit up cigarettes if they knew they were dangerous. Father just smiled. He could not explain why people smoked.

The boy’s thoughts turned to death when his father died of kidney failure. He wondered what happens next. But no one could tell him what happens after death.

One day, an elder sister called from South Korea, where she had moved, and suggested that Batzul go to church. She had started attending a church.

Batzul was not a Christian, and he had never considered becoming a Christian. But he called the phone operator for help.

“Please give me the address of the U-B church,” he said.

She gave him an address, and he began to attend church services.

Several months later, his sister asked whether he was going to church. She was pleased to hear that he was attending regularly. “How do you find the time to go every Sunday?” she asked.

His sister was shocked. “Which church are you attending?” she said.

Batzul explained that he was going to a Seventh-day Adventist church.

At church one Sabbath, someone gave him a book about giving up bad habits. As he read, he grew convinced that smoking was a sin. He read in 1 Corinthians 3:16 that his body was the temple of the Holy Spirit. But he couldn’t stop smoking.

One day, at his family’s home, he locked himself in a storage shed, pulled out a pack of cigarettes, and prayed desperately, “If there is a God, please help me to quit smoking.” He flung the pack of cigarettes at the locked door. Taking a deep breath, he felt joy and peace flood over him.

The next day, Batzul reached into his pocket for something and pulled out a cigarette lighter. He suddenly realized that he hadn’t even thought about smoking for an entire day. He lost the desire to smoke.

At the church, he pulled out the lighter and excitedly told the Bible study leader, “I haven’t used this lighter in four days.”

“You have found Jesus,” she said.

Batzul began to study the Bible earnestly. In Genesis, he read that Adam had named the animals. He read about the great controversy between Christ and Satan and realized that Satan tempts people to smoke because he wants to destroy Christ’s handiwork. He learned that death is like a dreamless sleep and, when he died, he would lose consciousness until Jesus’ second coming. It was all so logical. He found all the answers in the Bible. He gave his heart to Jesus.

Today, Batzul, 30, and his wife are Global Mission pioneers in Mongolia. He tells fellow Mongolians that the answer to all of life’s mysteries can be found in the Bible.

His favorite verse is Jeremiah 29:13, where God says, “And you will seek Me and find Me, when you search for Me with all your heart.”