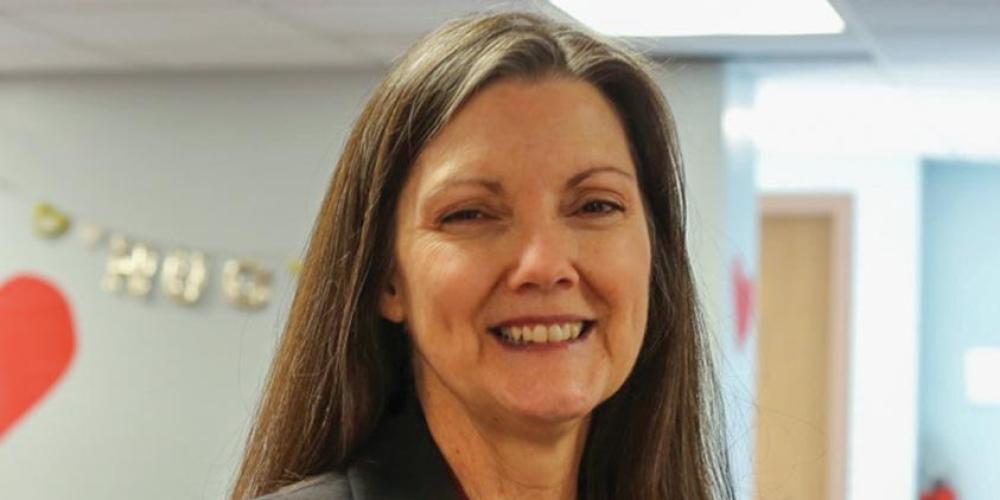 To Sabbath School teachers: This story is for Sabbath, August 7.

y husband, Loren, and I had our dream jobs. He had a successful counseling practice, and I worked in development at AdventHealth. We loved living the beach life in Florida.

But something seemed to be missing. We began praying for God to lead us into working in full-time ministry together. In truth, however, we weren’t open to being led anywhere except to Tennessee, where our children and grandchildren lived.

On a whim, I attended a conference organized by the North American Division’s Women’s Ministries. It was a time of powerful prayer and surrendering of self to God. I happened to walk by the Holbrook Seventh-day Adventist Indian School booth in the conference’s exhibition hall, and I noticed some beautiful student-made pottery. I bought three pieces of horse-hair pottery.

As I made the purchase, a woman at the booth asked about my work. When I told her that I worked in development, she excitedly pointed at the other woman in the booth. “She is our development director, and she is retiring,” she said.

She told me that Holbrook was located in Arizona. “There is no chance that we are moving there,” I thought.

My husband and I were partial to water. Arizona’s desert was not on our list of places where we wanted to live.

Six months passed, and Loren and I continued praying. A friend alerted Loren about an opening for a social-work professor at Southern Adventist University in Tennessee, and we began to dream about a move.

Loren made a last-minute decision to attend the 2015 General Conference Session in San Antonio, Texas. While there, he saw horse-hair pottery off in the distance of the exhibition hall, and he soon found himself at the Holbrook Indian School booth. A woman at the booth noticed his badge with the letters “LCSW.” “Does that stand for ‘licensed clinical’ something?” she asked.

“We need one of those!” the woman exclaimed excitedly.

Loren smiled nervously, looking to make his escape, but the woman asked about his wife’s job. He responded that she worked in development at Florida Hospital.

“We need one of those, too!” the woman said, waving at her husband, who happened to be Holbrook’s principal.

Later Loren told me about what had happened. “Uh-oh,” I replied.

Weeks later, we decided to visit Holbrook at the end of a vacation. Before arriving, Loren received a call from Southern Adventist University. He had not gotten the job. Panic set in. I sensed that God was testing me to see whether I was willing to go wherever He led.

Loren and I spent more than nine hours talking with Holbrook staff about the school’s mission to Native American children and youth. We learned that the staff dreamed of having Christian counseling available around the clock for students dealing with post-traumatic stress disorder and other mental health issues. I struggled to sleep that night.

But before I opened my eyes in the morning, thoughts began racing through my mind about how wonderful it would be to work at Holbrook. Jumping out of bed, I noticed a familiar book on a bookshelf. I reached into my backpack and pulled out the same book, which Loren had received at the General Conference Session. I had packed it at the last minute. The book was titled, “Follow: Anytime, Anywhere, at Any Cost” by Don Maclafferty. At that moment, I knew God was calling me to Holbrook Indian School. I told God that He would have to put the same impression on Loren’s heart. I prayed and waited.

Several days later, as we entered our home in Florida, Loren announced that he felt convicted that God wanted us to move to Holbrook. That evening we submitted our resumes and began packing. Two weeks later we were hired. We are so glad that we followed God to Holbrook.

Thank you for your Thirteenth Sabbath Offering three years ago that kickstarted plans for a new gym and health center called New Life Center at Holbrook Seventh-day Adventist Indian School.