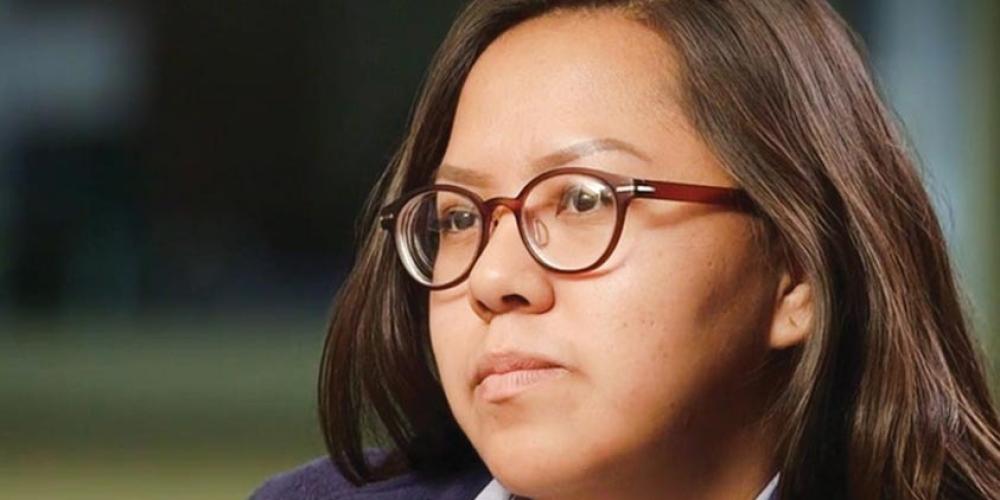 To Sabbath School teachers: This story is for Sabbath, July 24.

ven though I grew up with family in a small town, I saw alcoholism, drugs, and violence almost every day. It was common. I remember seeing people put up fences outside the schools, but that didn’t stop the alcohol, drugs, and violence from entering the classrooms. Gangs started fights and brought in drugs and alcohol. This was in middle school. Sometimes even walking home from the bus stop wasn’t safe for me alone. Maybe these are some of the reasons that my mother and aunt decided to pull me out of public school and send me to a private school.

My mother’s first choice was private school in the U.S. state of New Mexico, but I was put on a wait list. Then we considered another school in New Mexico. But I wasn’t able to attend because it was a day school and didn’t have a dormitory. Finally, my mother saw that a couple of our relatives had children at Holbrook Seventh-day Adventist Indian School in Arizona. The school was some distance from home, but my mother and aunt decided that it would be best for me.

I entered the ninth grade in August 2010. It was tough at first being away from family. I had no problem doing things on my own like laundry, cleaning my room, and basically taking care of myself. The only thing I wasn’t ready for was Bible class. I had attended church with several aunts, but I only went because I wasn’t allowed to stay home alone. My aunts had taken me to various churches and even to Vacation Bible School. Still, I didn’t know how to read the Bible.

At Holbrook, it was embarrassing not knowing how to read the Bible at a Christian school. But slowly I started to learn about Jesus and how He works in our lives. I gave my heart to Jesus.

Four years later, I graduated from Holbrook Indian School. I studied in college for two years but then moved on to other things. My life became busy, and I lost sight of Jesus and being a Seventh-day Adventist.

While visiting a friend in Texas, I heard that my aunt, who was like a mother to me, had gotten really sick and was in and out of the hospital in Phoenix, Arizona. I caught a flight from Texas back to Arizona on my birthday to surprise my aunt. I spent time with her before she passed away a few days later.

After her passing, I ran away from home and back to Texas. But I wasn’t happy. When a friend from Holbrook informed me about a job opening for a taskforce worker at the school, I jumped at the chance. When I returned, I worked closely with the students, and it brought me so much joy. The following year, the school asked me to return as the scholarship coordinator. Being back at Holbrook has changed my life in so many ways, and it feels amazing to be surrounded by love.

Thank you for your Thirteenth Sabbath Offering three years ago that kickstarted plans for a new gym and health center called New Life Center at Holbrook Seventh-day Adventist Indian School. Your offering this quarter will help finish the second phase of the center, where the school will address high rates of obesity, heart disease, diabetes, depression, and suicide among Native American children and youth.