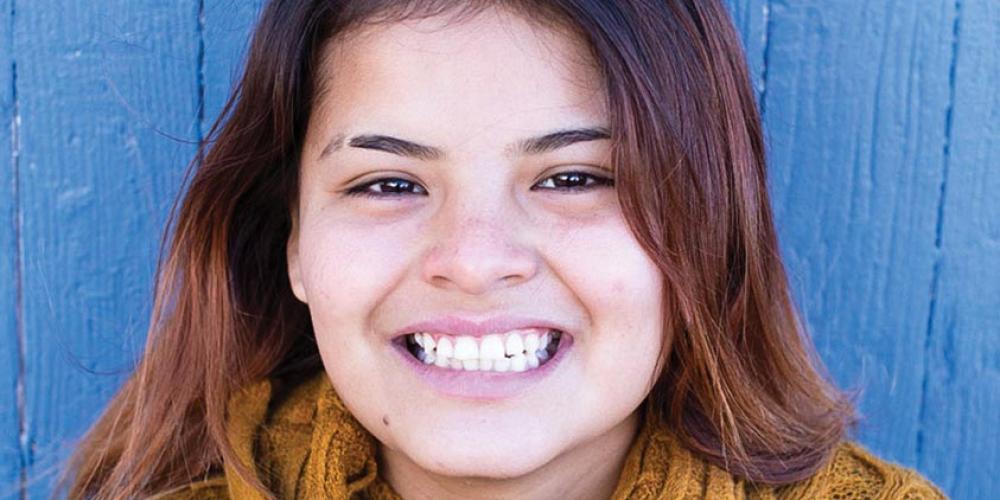 To Sabbath School teachers: This story is for Sabbath, July 17.

By Aliandra, as told to Diana Fish

hroughout my childhood I’ve experienced things that I don’t feel children should have to go through. I saw people drinking and losing their minds over drugs. I saw people smoking marijuana in hope of feeling good for a short time.

My mother is Navajo, and my father is Mexican. My family once was so good and loving, and we attended church every Sunday. But then my mother began to drink alcohol, and everything seemed to fall out of place. As a small girl, I saw my father beat my mother with his bare hands and sometimes with a pool stick. I was scared because I felt weak and helpless. I didn’t have the strength to do anything about it.

My mother went in and out of jail on charges of domestic violence, drinking while driving, and other things. It hurt me so much inside.

At the same time, my father wasn’t at home much. He was deported to Mexico many times, but he kept coming back to the United States. He’s never even wished me a happy birthday. But somehow God gave me strength every day to keep moving forward. Even though I didn’t have an earthly father who cared, I had a Heavenly Father who loved me.

I got used to hiding my feelings and acting as if everything was all right. People sometimes asked me how I kept all my feelings bottled up inside. It’s hard, but you get used to it when no one listens to how you feel.

As I grew older, I changed and became a different person. I became overprotective of my younger siblings. I got into multiple fights, skipped school to be cool, and started smoking marijuana.

Then, when I was 12, I realized that I didn’t want to become like my parents. But I didn’t know what to do.

A year or two later, I came to Holbrook Seventh-day Adventist Indian School to start ninth grade. At the school, I grew to love Christ, and I realized the kind of love that He has for me. Despite all that I had gone through, God had a plan for me that included coming to Holbrook.

My understanding of life has changed. Now I know that God has been with me my entire life. I just didn’t realize it. He has always been right beside me, giving me the strength to keep going forward regardless of what I experienced. To this day, He continues to give me strength with everything that I do, every decision I make, and every time I feel like giving up.

My favorite verse is Exodus 14:14, which says, “The Lord will fight for you; you need only to be still” (NIV).

God will give you victory over anything you’re going through if you allow Him to take care of it. He has you in His hands, and He is going to fight for you.

You are not alone.

I am not alone.

Thank you for your Thirteenth Sabbath Offering three years ago that helped kickstart plans on a new gym and health center called New Life Center at Holbrook Seventh-day Adventist Indian School. Your offering this quarter will go toward the center, helping the school address high rates of obesity, heart disease, diabetes, depression, and suicide among Native American children and youth.