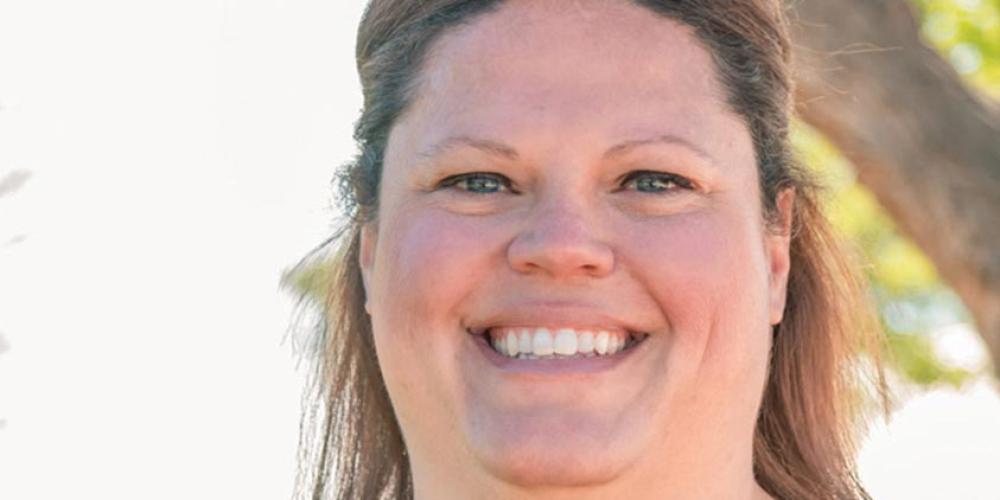 To Sabbath School teachers: This story is for Sabbath, July 10.

y husband, Derek, and I were making the three-hour drive from Holbrook Seventh-day Adventist Indian School to Arizona’s capital, Phoenix. I work at Holbrook as registrar and administrative assistant, while Derek is the maintenance assistant. On that Sabbath afternoon, I was driving our jeep, and Derek was taking a nap in the passenger seat.

We were running late. We were headed to Phoenix to listen to a Sabbath-afternoon sermon at a church, but we first needed to pick up my mother so she could go with us.

It rained heavily on and off during the drive. The wet road ran through many mountain ranges, and I navigated many curvy corners. Yet, I was pushing down on the gas pedal. A number of cars were speeding beside us on the road.

About halfway into the trip, our vehicle started to hydroplane. In just seconds the jeep spun 180 degrees around and slammed into a mud hill on one side of the road. Then it rolled onto Derek’s side and slid down the highway backward, stopping about 75 yards (75 meters) from the initial point of impact. Somehow the jeep stopped upright on all four wheels.

Derek and I sat in complete shock. Then Derek struggled to open his door. It wouldn’t budge. It was jammed into the car frame. Derek smelled smoke. Fearing that the vehicle was going to catch on fire, he exclaimed, “We have to get out of here!”

At that moment, my door opened.

“Are you OK?” asked the woman who had opened the door.

The woman had witnessed the entire accident and had stopped to help.

Minutes later a small crowd of people surrounded our vehicle. They asked whether we had called for a tow truck. We had not but, before we could reply, a tow truck stopped right in front of us. The driver, who owned a towing company, was traveling from a dentist appointment.

Then, without us calling the police, a police officer showed up to direct the steady flow of traffic whizzing past us. His help was much needed because our vehicle, located around a curve and on a downslope, was not clearly visible to the oncoming traffic.

In just minutes our jeep was loaded onto the tow truck and ready to go. We inspected the damage. The jeep had two working wheels and an undamaged hood and roof. Everything else was ruined. The vehicle was totaled.

Derek and I sat in the tow truck, trying to put together the pieces of what had happened. We had intended to take a friend with us to Phoenix that day, but the plan had not worked out. Normally we traveled with our dog, but it she wasn’t with us that afternoon. The opposite side of the road, away from the mud hill that we had initially hit, had a steep drop-off. Derek and I had survived the accident with only cuts, sore muscles, and a few bruises.

How was it possible that we had not hit any other cars? How did we end right-side up? Why did we not hit the guard rail and plunge down the 100-foot (30-meter) drop-off?

The only possible answer is that God spared our lives. He took care of everything even before we set off on the journey. Later we learned that three friends and families had felt impressed to pray for us that day. God answered their prayers. Less than an hour after the accident, friends from Holbrook Indian School picked us up and took us home.

Psalm 94:22 says, “But the Lord is my refuge; my God is the rock of my protection” (CEV). God has protected us many times at Holbrook Indian School. We truly thank God for his continual watch over us.

Thank you for your generous Thirteenth Sabbath Offering three years ago that helped kickstart plans for a new gym and health center called New Life Center at Holbrook Seventh-day Adventist Indian School. Your offering this quarter will help finish the second phase of the center, allowing the school to address high rates of obesity, heart disease, diabetes, depression, and suicide among Native American children and youth.