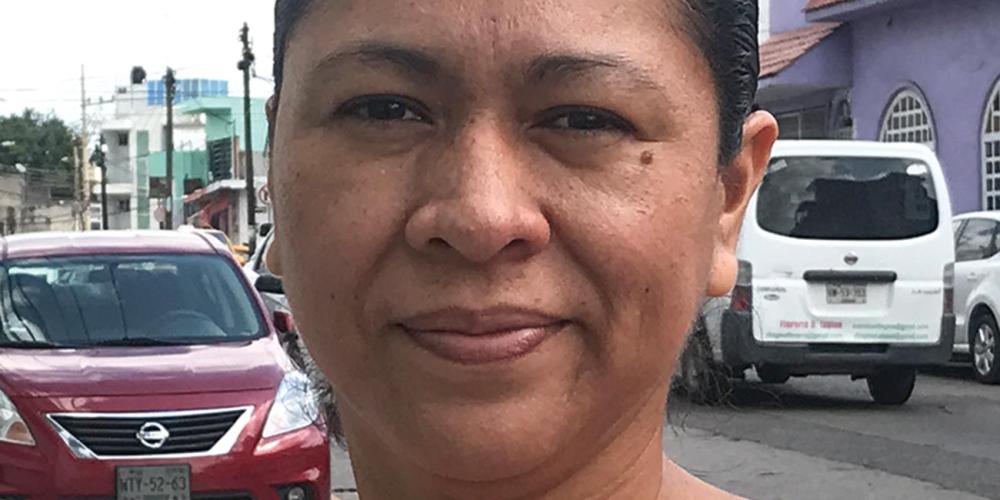 To Sabbath School teachers: This story is for Sabbath, June 12.

fter being baptized, Fabiola prayed for eighteen years for her father also to give his heart to Jesus in Villahermosa, Mexico.

He didn’t believe in the Bible and prayed to Mary and the saints. A heavy drinker, he frequently scorned and insulted his wife, and his face was perpetually twisted in anger.

Fabiola spoke about Jesus, but Father usually walked away. She didn’t grow weary of praying. She also asked church members to pray.

God finally answered her prayers. But the answer wasn’t what she expected.

At the age of 75, Father was diagnosed with liver cancer. The physician said the cancer had spread too far and was inoperable. When Fabiola heard that Father would die, she started praying even more earnestly for his salvation.

“Lord, give me the right words so I can tell Father about you,” she prayed every morning and evening for a week.

“Give me courage,” she prayed.

Then she went to Father’s bedside and grasped his hand. She was nervous. She feared that he would snap at her and tell her to leave. But she remembered that she had prayed.

“I love you so much,” she said. “The God about whom I’m going to talk this morning is the God in whom you believe. He is the God who has the power to heal you. Let me pray with you.”

To her surprise, Father allowed her to pray with him.

From that day, she and Father prayed together every morning and evening. After praying, she read from the Bible and sang hymns. Father listened quietly.

Fabiola wondered whether her actions were useless, but she kept reading the Bible and singing. She and other church members set aside a day of prayer and fasting for Father.

The cancer spread rapidly, and Father grew weak. Fabiola didn’t know what to do. An Adventist friend, Rita, offered to give Bible studies to Father. To Fabiola’s surprise, Father agreed to take the Bible studies.

Seeing Father’s deteriorating condition, Rita accelerated the Bible studies, doing seven lessons in a week. After the seventh lesson, Rita asked Father whether he wanted to give his heart to Jesus.

“Why don’t you get baptized?” she said.

Father announced that he wanted to be baptized.

Roger Pech, the chaplain from the Adventist Church’s Southeast Hospital, baptized Father in a plastic children’s pool in the yard outside the family house at 1:30 p.m. on a Wednesday.

That evening, Father didn’t want to go to the bedroom. He wanted to stay with his family in the living room.

Shortly after midnight, he started to breath faster. Then he took a last breath and closed his eyes.

Father’s face, twisted in anger in life, looked uncharacteristically peaceful in the coffin. Astonished mourners asked whether he had gone to church without their knowledge. Fabiola said he had given his heart to Jesus hours before he died.

Fabiola is convinced that God performed a miracle. Father’s change of heart took place over a period of only two months, from the time that he was diagnosed with cancer and he died.

“Father gave his heart to Jesus, not the way that I wanted but in God’s way,” Fabiola said. “What is impossible for man is possible for God.”

Thank you for your Thirteenth Sabbath Offering in first quarter 2018 that helped construct a new wing at Southeast Hospital, the Seventh-day Adventist facility where Chaplain Roger Pech works, in Villahermosa, Mexico.