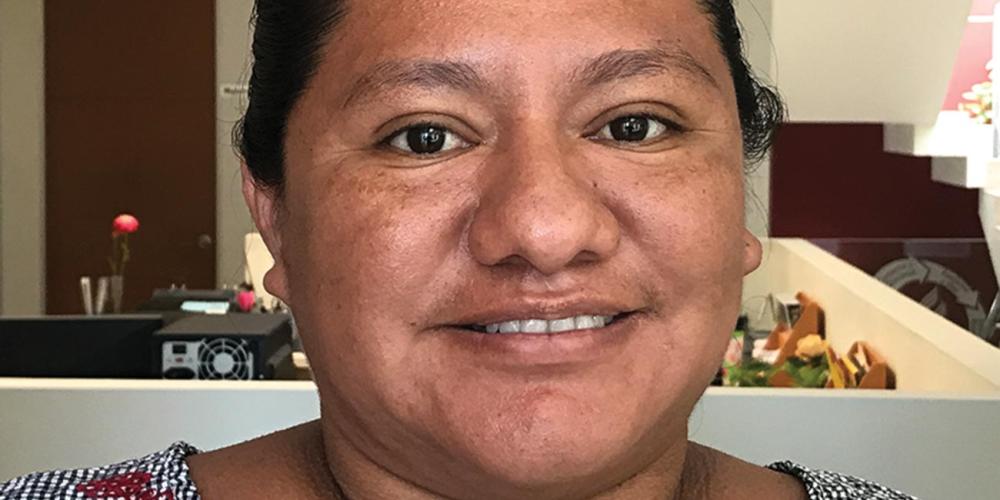 Praying for a Husband

To Sabbath School teachers: This story is for Sabbath, June 5.

hen Esther was 12, she began to pray in a special way every night in her bedroom in Villahermosa, Mexico.

“Please find me a good husband,”
she prayed.

Esther’s father drank heavily and fought with her mother constantly. He often threatened Esther and Mother with a kitchen knife, and he sometimes threw it at them. He always missed.

Esther actually didn’t know how to pray, but she believed God could help her. She spoke to Him as she would a friend.

“Please give me a good husband, a happy family, and a baby,” she prayed.

After graduating from the university, she met Luis while working at a drugstore. He was her boss. The two began dating, and Luis invited her to a special Sabbath program at the Seventh-day Adventist church.

She immediately liked the church. The people were friendly, and she felt a peace that she had never experienced before. She listened as the preacher spoke about Daniel.

Suddenly she heard a male voice speaking to her.

“This is your place,” the voice said. “You belong here.”

“Are you talking to me?” she asked.

Esther wondered whether she was losing my mind.

As she left the church after the sermon, the voice continued speaking in her mind.

“This is your place,” the voice said. “You belong here.”

Esther didn’t understand who was speaking. But she felt peace.

The next Sabbath, Esther announced to Luis that she wanted to take Bible studies.

The next day, Luis’ sister and her husband gladly came to Esther’s house to study the Bible with her. As Esther learned about Creation and the Ten Commandments, a desire grew in her heart to know even more. She began to study the Bible on her own.

One Sunday afternoon, Father arrived home heavily drunk as Esther was in the middle of a Bible study. He saw the married Adventist couple in the living room and headed straight for the kitchen. Esther heard crashing and banging in the kitchen, and then Father called her to come to him. In the kitchen, Father raised the kitchen knife menacingly. “Leave my house with your friends,” he snarled. “If you don’t leave, I will kill you.”

Esther’s eyes widened. The voice was not her father’s. His face wore an expression that she had never seen before. He looked like a different person. She tried to reason with him.

“Please calm down,” she said. “I don’t use drugs, and I don’t drink alcohol. I am trying to study the Bible, which is good for my life.”

Esther asked her church friends to leave. After praying with her, the couple left. Esther went to her room and wept.

She felt peace. Leaving her room, she found Father in the living room. When he saw her, he started laughing loudly. Esther sensed that it wasn’t Father laughing. She ran back to room and prayed again.

She sensed the answer immediately. At that moment, she decided to give her heart to Jesus and be baptized.

Today, eight years later, Esther serves as church secretary and youth director at Amatitan Seventh-day Adventist Church in Villahermosa, Mexico. She also is married to Luis, and they are expecting their first baby. “I prayed for a good husband, a happy family, and a baby,” she said. “God has answered my prayers.”

Thank you for your Thirteenth Sabbath Offering in first quarter 2018 that helped construct a new wing at Southeast Hospital, a Seventh-day Adventist facility in Esther’s hometown, Villahermosa, Mexico.