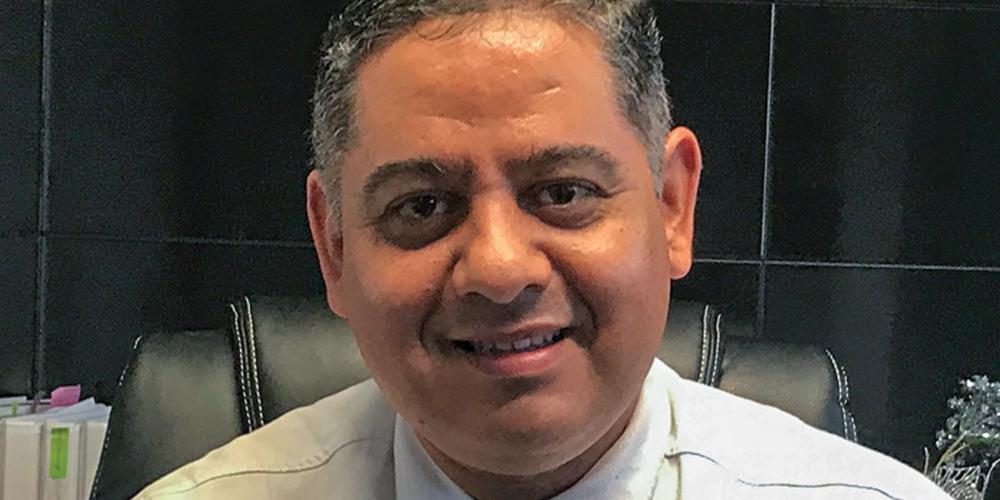 To Sabbath School teachers: This story is for Sabbath, May 29.

Ángel saw soldiers fire heavy artillery. Even though the soldiers and their artillery were four miles (7 km) away, the explosion rang loudly across the desert. Ángel followed the billowing trail of white smoke that showed the shell’s flight path.

Moments later, BOOM! The shell exploded in a ball of fire and smoke as it struck the ground, destroying everything within a half-mile (1-km) radius.

Ángel breathed a sigh of relief. The two soldiers watching beside him also were relieved. Their job was to make sure that every shell detonated. No unexploded shells could be left on the firing range when their military unit of 60 soldiers returned to its base in Mexico City at the end of the 15-day exercise.

This was the last day of the exercise. The next morning, the soldiers would board a military train for the seven-day trip back to the base. Ángel was happy at the thought of returning to the base. He would get permission to visit his mother. He remembered the Bible that his mother had given him. He read stories about Jesus every night after military exercises. He knew that his mother had been praying for him since she had joined the Seventh-day Adventist Church five years earlier. Now he prayed as he watched shells being fired.

Ángel’s brow wrinkled with worry. His two companions cursed angrily. The trio would have to track down the unexploded shell and destroy it.

Two hours later, the day’s exercises ended. Ángel and his two companions set out to search for the unexploded 33-pound (15-kg) metal shell.

Walking in the blast zone, Ángel saw rabbits and coyotes killed by the explosions of other shells.

“Here it is,” a soldier suddenly called out. “It’s buried in soft sand.”

The soldiers built a mound of dry brush and sticks over the shell. One solder poured diesel on the wood and struck a match as Ángel and the other soldier fled to the shelter of a heap of rocks about half a mile (one kilometer) away. A short time later, the third soldier joined them.

The soldiers peered around the rock pile. Thick white smoke filled the air. When the smoke dissipated ten minutes later, the soldiers walked to the blast site to put out a small fire caused by the shell. They were smiling and laughing, knowing that their delicate mission had been successful and soon they would be on their way home.

Immediately Ángel threw himself to the ground. He had never felt so scared in his life.

It was unexplainable. The unimaginable had happened. The shell had exploded a second time.

After a few minutes, the soldiers stood up and checked themselves. No one even had a scratch. They had stood only seven yards (meters) from the shell when it exploded. The soldiers threw their arms around each other in a joyful embrace. Then they knelt reverently in the sand.

“Thank You, God, for Your protection and for keeping us safe,” Ángel repeated over and over.

That day changed Ángel’s life. He began to listen when his mother spoke about Jesus. He carefully read Bible studies and Ellen White books that his mother mailed to the military base. Two years after the explosion, he gave his heart to Jesus and was baptized.

“Only a miracle saved us that day,” Ángel said. “Usually shells do not explode twice. It was definitely God’s hand that protected us. I am convinced that God had a plan for me.”

Today Ángel is 43 and works as chief safety and quality control officer at Southeast Hospital, a Seventh-day Adventist facility in Villahermosa, Mexico. Thank you for your Thirteenth Sabbath Offering in first quarter 2018 that helped the hospital expand with a new wing.