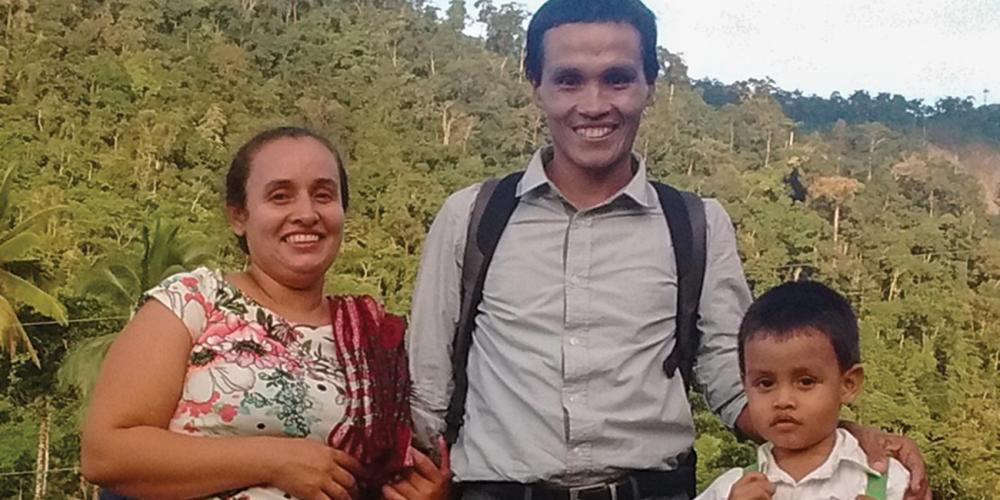 To Sabbath School teachers: This story is for Sabbath, May 8.

Suddenly the still of the night was shattered by loud, frantic pounding on the door of the house.

Luz opened the door. Outside stood Cándida, a member of his congregation.

“A baby has been stung by a scorpion!” Cándida said, fright showing in her eyes.

Pastor Carlos and Luz quickly got dressed. As Pastor Carlos grabbed a flashlight, Luz, a nurse, ran to the kitchen and grabbed fresh garlic, a jar filled with drinking water, and a dropper.

Cándida led the pastor and his wife to the baby’s house. The trio walked carefully in the dark night. Snakes and scorpions could be lurking in the grass.

Arriving at the baby’s house, they found only the mother and her year-old baby at home. Father had left to look for the witchdoctor.

Mother was holding the baby in her arms. The baby was turning purple and shaking violently.

“I laid him in a hammock and didn’t notice the scorpion,” Mother explained tearfully. “Then he screamed and, when I picked him up, I saw the scorpion.”

She showed the still form of a large, crushed scorpion on the floor. She had killed it with a boot.

Luz took the baby from Mother’s arms and looked for the sting wound. Her forehead wrinkled with apprehension. The baby was dying.

Mother, holding the violet, quivering baby in her arms, knelt to the floor. Pastor Carlos, Luz, and Cándida joined her, and the four held hands.

“Lord, You have the power, and You are the only one who can heal this baby,” Pastor Carlos prayed.

Luz washed the baby’s wound. She mashed the garlic and placed some on the wound. Then she mixed garlic with the drinking water from the jar and used the dropper to put drops in the baby’s mouth. After that, Pastor Carlos prayed again. He and Luz repeated the process of washing the wound, treating with garlic, and praying again and again for an hour.

Gradually, the baby’s shaking eased. His purple skin turned to a healthy pink.

“You can nurse the baby now,” Luz said, handing the baby back to Mother.

Mother held the baby close, and the boy began to nurse. The family no longer needed a witchdoctor. The God of heaven was more powerful.

“Thank You, Lord, for answering our prayers for this baby,” he said. “We ask that You use this miracle to touch the hearts of this family so they understand that You truly are God.”