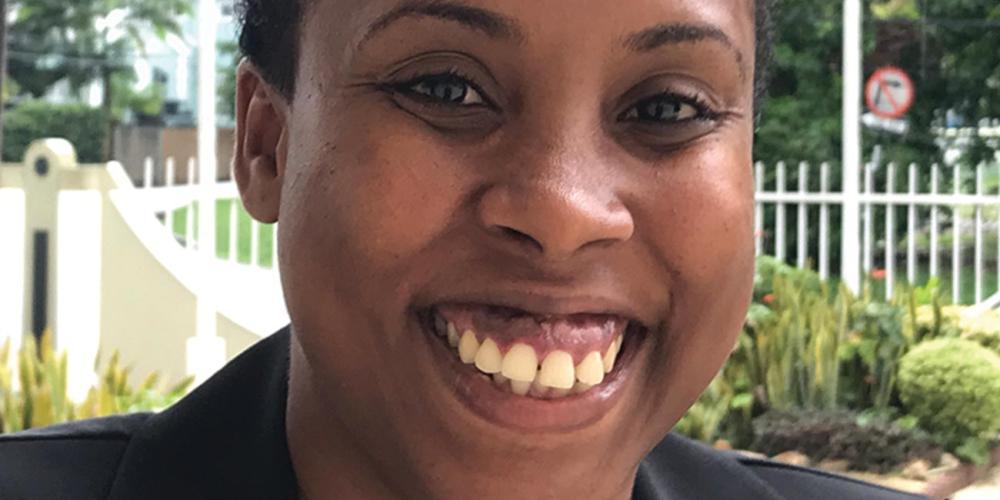 To Sabbath School teachers: This story is for Sabbath, April 17.

any children who live on Caribbean islands have nicknames.

Crystal White has a sister named Catherine. But everyone calls her Polly because she is like a parrot and talks a lot.

Crystal has another sister named Rochelle. But everyone calls her Mopsi because is as skinny as a mop stick.

Crystal felt horrible. Children sometimes called her names at school, but now her own father was making fun of her at home.

“You are the ugliest child that I ever made,” he said.

Father’s words changed her life. She began to struggle with depression and considered suicide. She starved herself because she thought that she would be pretty if she were thin.

Every day after school, she stared into the mirror in her bedroom and picked herself apart.

One day as she stood in front of the mirror, picking herself apart and crying, she heard a song come on over the radio.

The words surprised Crystal. She thought, “If I am fearfully and wonderfully made by God and I am picking apart everything, then I am telling God that He made a mistake.”

She cried harder and asked God for forgiveness. Her tears of sadness and pity were transformed into tears of joy. She decided to see herself through Christ’s eyes rather than the eyes of people. For the first time, at the age of 17, she began to see herself through Jesus’ eyes. The words of Psalms 139:14 took on a new meaning, and she read with joy, “I will praise You, for I am fearfully and wonderfully made; marvelous are Your works, and that my soul knows very well.”

She no longer felt worthless. She had a reason to live.

Instead of feeling sorry for herself, she learned to put everything in God’s hands. She began to trust God, not just for daily needs but for her joy as well. She realized that no one could take away the joy that comes from God.

Whenever someone called her names, she just ignored it. When Father called her “Ugly,” she remembered that God had made her.

“This is the way God made me,” she told herself. “God makes no mistakes.”

Today, Crystal is 33 and a church leader who loves telling young people about her God who makes no mistakes.

“I feel like I didn’t have anyone in my corner when I was young,” she said. “I want to be the person who tells others that God has a purpose for them, just like He has for me.”

Thank you for your Thirteenth Sabbath Offering three years ago to construct the first-ever church building at Crystal’s alma mater, University of the Southern Caribbean, in Trinidad and Tobago. Thank you also for remembering the university with this quarter’s Thirteenth Sabbath Offering, which will help open a Better Living “center of influence” on the campus to train students to be missionaries for Jesus.