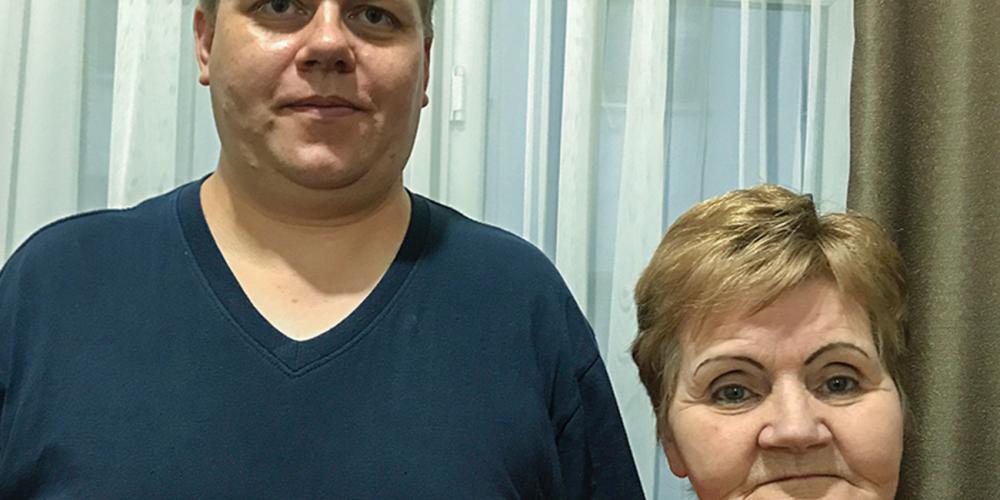 A Book and a School

To Sabbath School teachers: This story is for Sabbath, March 13.

atyana stopped at a used-book store on her way home from work at the Seventh-day Adventist school in Tokmok, Kyrgyzstan.

She had just started teaching Russian language and literature at the school after unexpectedly receiving a job offer from the principal.

As Tatyana paid for several books, the salesclerk picked up another book.

Tatyana wasn’t going to turn down a free book. She took the book, paid for the others, and placed them all in her purse. At home, she curiously examined the free book. It was called “The Great Controversy.” She had never heard about the author, Ellen G. White. She leafed through the pages and saw contact information for a man named Pavel Noskov printed on the last page. To her surprise, the address was in the same apartment building where she lived.

As she thought for the next few days about Pavel being her neighbor, she noticed that a teacher at the school had the same last name as Pavel. Tatyana took the book to school and showed it to the teacher, Arina.

“Are you Pavel’s wife?” she asked.

Tatyana learned that the family was Seventh-day Adventist and attended church every Sabbath. Arina invited Tatyana and her adult son, Andrei, over to chat with her and her husband, Pavel. During one of their meetings, Pavel told Tatyana that Adventists view Ellen White as a beloved author and prophet. Intrigued, Tatyana read “The Great Controversy” with great interest.

Tatyana and Andrei began attending a small Bible study group that met weekly in Pavel and Arina’s home. When Pavel’s mother fell ill and a new place was needed for the small group, Tatyana opened her home for the Bible studies.

Just a few weeks later, a spiritual crisis erupted. Tatyana and Andrei both felt strongly that they had to make a decision to become Adventists or to stop associating with Adventists altogether. They told Pavel that they didn’t know what to do.

“Only God can save you from this crisis,” Pavel said.

Tatyana and Pavel prayed and decided to attend their first worship service on Sabbath. The experience at church was unlike anything they had ever experienced. The church members were warm and welcoming. They were overjoyed to see the visitors and treated them like long-lost friends. Tatyana and Andrei felt that they had come home.

Tatyana and Andrei were baptized together on April 6, 2019.

Tatyana credits the Adventist school for leading her son and herself to God.

“I thank this school,” she said. “If I had not come here to work, I would not have stopped at the bookstore on the way home and learned that one of the neighbors in my building was an Adventist. I would not have known about the Adventist Church. God directed our path.”

Part of the Thirteenth Sabbath Offering three years ago helped construct a gymnasium at the Seventh-day Adventist school in Tokmok, Kyrgyzstan. Thank you for supporting Adventist education in Kyrgyzstan and elsewhere in the Euro-Asia Division.