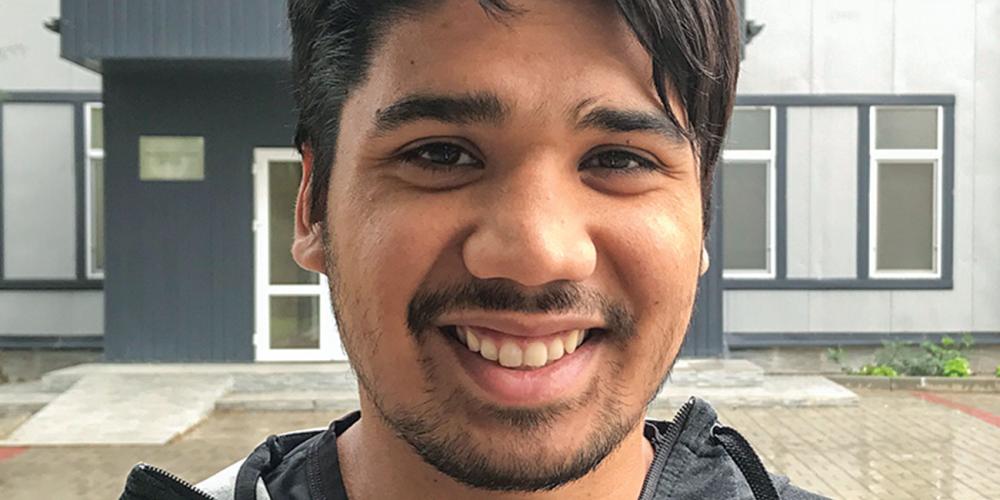 To Sabbath School teachers: This story is for Sabbath, March 6.

esús nearly died during a complicated shoulder operation to repair a sports injury. After the operation, he felt a strong desire to do something special for God.

Jesús resolved to thank God by working for a month as a literature evangelist after graduating from River Plate University in Argentina.

He would give all his earnings from selling books to the Seventh-day Adventist Church.

During his last year of studies, Jesús found it challenging to participate in gymnastics. His shoulder was acting up. Teachers warned that he would not graduate as a physical education major if he could not fulfill all the requirements.

The doctor advised him to change
his major.

“If you continue participating in gymnastics, your shoulder will only grow worse,” the doctor said.

AsJesús contemplated the future, a friend, Marcos, asked what he planned to do after graduation.

Jesús told him about his idea to work for a month as a literature evangelist and to give all of his earnings to the Adventist Church.

Marcos liked the idea, but he had another one.

“Why don’t you go to Kyrgyzstan?”
he asked.

Marcos had worked as a volunteer at an Adventist school in Kyrgyzstan for a year.

Jesús had never thought about traveling halfway around the world, but he liked the suggestion. He prayed about it and promised God to go to Kyrgyzstan if he graduated that year.

When it came time to take the final exam in gymnastics, Jesús prayed for help to do the seemingly impossible exercises. To his surprise, he was able to complete all the exercises successfully.

Afterward, the doctor examined Jesús’ shoulder and expressed surprise. The old wound had healed completely. It was a real miracle.

Jesús graduated and flew to Kyrgyzstan one month later.

Arriving at the Adventist school in Tokmok, Jesús was placed in charge of physical education classes and made coach of an afternoon soccer class organized for neighborhood children. The soccer class met in a new school gym built with help from a 2017 Thirteenth Sabbath Offering.

But that’s not the end of the story. As Jesús and the children played together, Jesús noticed big changes in the children’s behavior. The boys used to argue and fight a lot, but they stopped when Jesús told them, “We are brothers and sisters. We don’t need to fight.”

After seeing some boys drinking alcohol, he advised them to quit.

“It is bad for your bodies,” he said.

Jesús is glad that he has given a year of his life to volunteering in Kyrgyzstan.

“I can see a big change in my students,” he said. “Also we have never lost a match against another school!”

Part of the Thirteenth Sabbath Offering three years ago helped construct the gymnasium at the Seventh-day Adventist school in Tokmok, Kyrgyzstan. Thank you for supporting Adventist education in Kyrgyzstan and elsewhere in the Euro-Asia Division.