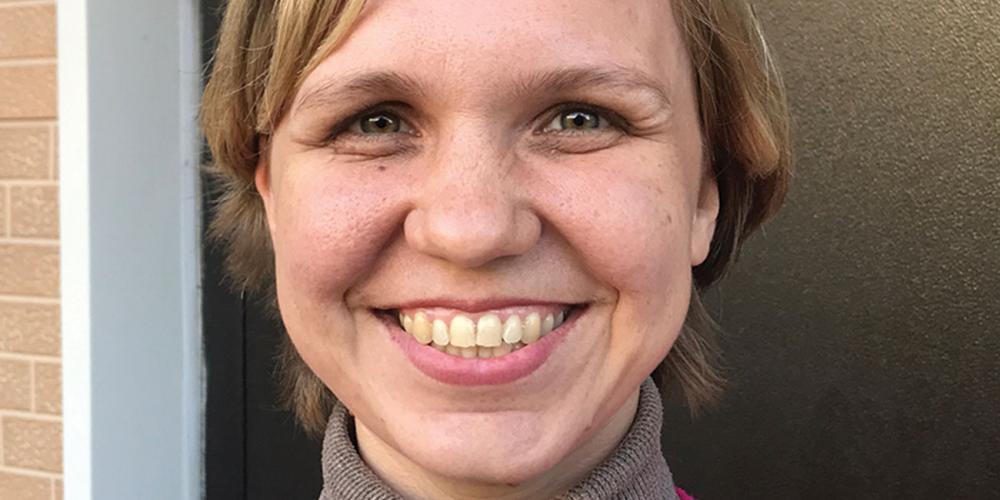 To Sabbath School teachers: This story is for Sabbath, February 20.

ore than anything, 16-year-old Anna wanted Internet in her home in a remote village in the Russian Far East.

It was 2003, and she didn’t want to be left out of the new phenomenon.

Father and Mother agreed to drive Anna to the store to buy a modem on a Sabbath morning. They weren’t Seventh-day Adventists. Anna, however, had been baptized about a year earlier after learning about Jesus from her grandmother. She knew that it was wrong to go shopping on Sabbath, but she wanted the Internet so much.

That last thing she remembers was leaving the house and getting into the car.

Grandmother later told her
what happened.

Father exceeded the speed limit as he drove on a slick wintery road toward the store. Suddenly, the car slid into the oncoming lane and was hit head-on by a truck. Father and Mother died of their injuries, and the truck driver sustained a broken leg. Anna was hospitalized in a coma, and the doctor predicted she wouldn’t survive. Grandmother fasted and prayed and asked other church members to join her. To the doctor’s surprise, Anna came out of the coma in three days and rapidly recovered. In two months, she was back in school, and she finished tenth grade with the rest of her class.

Grandmother moved in with Anna, giving her physical and spiritual support, in her family home in Novoshatinsk village in the Primorye region. But Anna sank into dark sadness. She felt overwhelming guilt for her parents’ death. She didn’t blame God. She knew that He doesn’t cause death. But she also knew that it was wrong to go shopping on Sabbath. She wished that she had told her parents to stay at home. They could have waited until after Sabbath to connect the Internet. She blamed herself for their deaths.

The dark guilt followed Anna when she moved to the port city of Vladivostok to enter the university. She attended the only Adventist church in the city, but she didn’t go every Sabbath. She went just often enough to keep Grandmother happy. She knew that she wasn’t living a godly life, and her guilt deepened.

Grandma prayed for Anna, and she called every day.

“Have you read the Bible today?” Grandmother would ask, gently.

If Anna said she had, Grandmother would inquire about what she had read.

“Have you prayed today?” Grandmother would say. “Don’t forget to pray.”

Grandmother asked Anna to share her struggles and prayed for her over the phone.

At the university, Anna met an Adventist teacher who helped with her homework. The teacher also prayed for her and asked the church to pray for her.

Anna remembered her own baptism and prayed for forgiveness.

“I see that my life is wrong,” she prayed. “I see that I am living in darkness. Life without You is pointless. Help me to make good friends at church. Give me a friendly disposition. Teach me to be open. Help me to remember to pray and read the Bible.”

Anna began to talk to God regularly. She read a copy of Ellen White’s “The Great Controversy” that Grandmother had given her some time earlier. She saw the difficulties that Martin Luther and other reformers had experienced, and she realized that God forgives even the worst of sinners. She gave up her bad habits.

Anna began to call Grandmother every day instead of waiting to be called.

Her faith grew, and she joyfully went to church every Sabbath to seek God. She understood that God had forgiven her for her sins and wasn’t going to remind her of them. A huge weight was lifted from her heart.

Today Anna is 32 and working as a university teacher. She also is a Pathfinder leader and serves as church secretary. She has no idea why the accident happened, but she no longer worries about it.

“Many people have told me that I’m not at fault, but I don’t think that things happen by chance,” she said. “Even if the accident was by chance, the fact remains that it took place on Sabbath. Even today I sometimes think about what might have been. But the fact is that the accident happened, and it changed my life. I had one life before the accident and another life afterward.”

Anna is grateful for the prayers of Grandmother, who is 80, and other church members. She said they helped change her life.

“I understand that many of my problems were solved because the church prayed for me,” she said. “Nothing is worthwhile in life without God.”