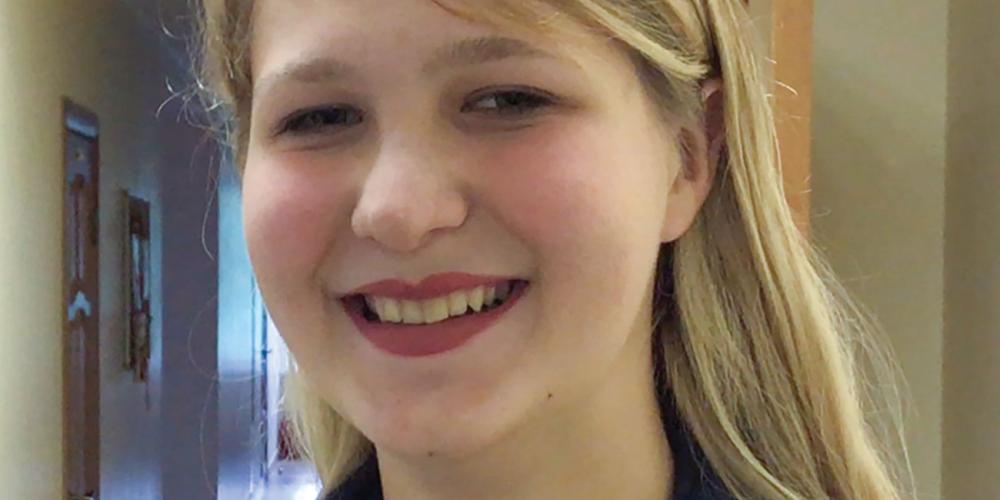 Masha is not identified by her full name because she is a minor.

To Sabbath School teachers: This story is for Sabbath, January 23.

hen Masha was 5, her older sister got baptized in the Siberian city of Novokuznetsk in Russia.

Masha watched intently as her sister went down into the water in the baptismal tank. She heard the pastor and other church members congratulate her afterward. She thought that the baptism was a wonderful occasion — and she pondered it for a whole year.

When she was 6, she decided that she was old enough to be baptized.

“I want to get baptized,” she announced to her mother.

But then she got to thinking. Maybe 6 was too young to be baptized. Ten sounded like a better age. Masha decided to wait until she was 10.

The years passed. As her 10th birthday approached, Masha remembered her decision and approached the church pastor. “I want to get baptized,” she said.

The pastor was pleased with her decision and invited her to join a baptismal class with eight older children. The class was very interesting. But after a year, when Masha was 11, the pastor was transferred to another church. The new pastor refused to baptize her. “I’m sorry, but you are too young,” he said.

Masha felt keenly disappointed. She didn’t talk to the new pastor for a while.

When she was 12, she decided to ask him again whether she could be baptized. The pastor agreed and invited her to join his baptismal class. Masha attended for four months. But for some reason the class didn’t seem interesting anymore. All she could think about was how long she had wanted to be baptized and how the pastor had refused to baptize her. She dropped out of the baptismal class and considered leaving the church.

Outside church, Masha didn’t enjoy her school or her life. She didn’t have many friends. The future seemed dreary.

One day Mother asked Masha whether she would like to go to Zaoksky Christian School, a Seventh-day Adventist day and boarding school. Masha wanted a new start with new people, so she agreed to go.

The summer before school started, she finally was baptized. At summer camp she noticed that she seemed to be the only teen who wasn’t baptized. She was baptized at 16. But life didn’t change after baptism. She was the same person.

The first few weeks at Zaoksky were lonely. Masha wasn’t sure how to make friends. She felt sad. A theology student at Zaoksky University, which is on the same campus, noticed her loneliness and befriended her. “God knows our needs,” he said. “He is nearby, and we can talk to Him like a friend.”

Masha didn’t have many close friends, and she decided to try to talk to God. Finding a quiet place, she poured out her heart to God.

“Forgive me for not talking to You for such a long time,” she said, weeping. “I’m sorry for not getting to know You. I was wrong to be angry with the pastor for not baptizing me.”

Peace flooded over her as she prayed. For the first time in her life, she felt that God was near.

From that moment, life has not been the same. “Before I always longed for friends,” she said. “But now I have a Friend that I can talk to at any time, and I don’t need to look for Him to talk.”

Part of this quarter’s Thirteenth Sabbath Offering will help Zaoksky Christian School construct its own school building on the campus of Zaoksky Adventist University. Currently the school borrows classrooms from the university, and your offering will help the children meet in their own classrooms.

Masha is not identified by her full name because she is a minor.