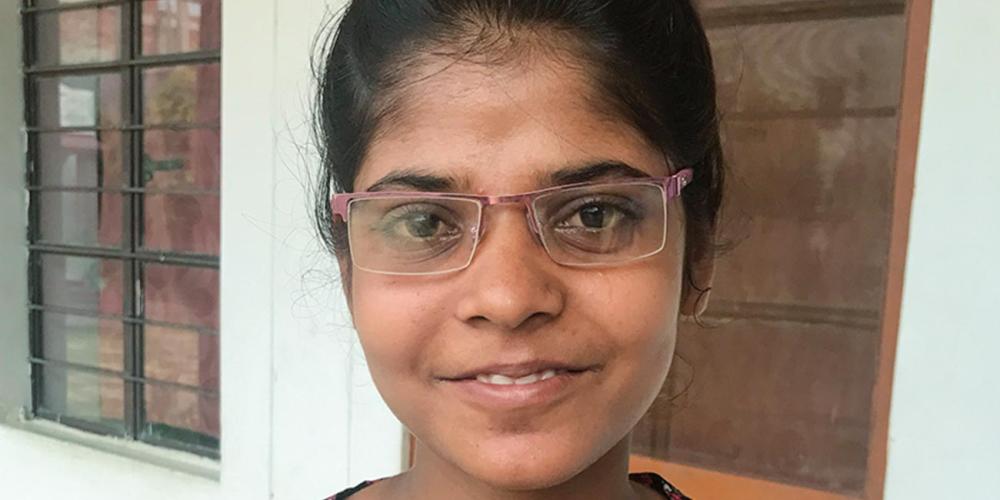 The Thirteenth Sabbath Offering in fourth quarter 2020 will help the Southern Asia Division construct the following projects in India:

To Sabbath School teachers: This story is for Sabbath, December 26.

Grandfather was a kind, gentle man. He told stories to his 5-year-old granddaughter, Kajal. He played on the floor with his 3-year-old grandson, Nishant.

But everything changed after he had an accident. Grandfather slipped on the ground as he walked home from the food market in Naorolli village in India. He was able to get up, but his kind, gentle nature was gone. He screamed when Nishant wanted to play with him. When Kajal came up for a story, he threw stones at her. He ran madly around the house. He climbed up onto the roof and jumped down. Then he climbed up again and jumped down. He cried day and night. Everyone was afraid to be near him, even Grandmother. Kajal hid whenever he came near.

Father, Mother, and Grandmother took Grandfather to doctors at the biggest hospitals. They went to witch doctors who promised to cast out evil spirits. They gave medicine to Grandfather. Nothing helped.

Kajal was sad and upset. She missed hearing stories from Grandfather. Father, Mother, and Grandmother also were sad and upset. And they didn’t like it when Grandfather picked up their stone gods from the small shrine in the house and hurled them in their direction.

“Why can’t our gods stop Grandfather from picking them up and throwing them at us?” Father said.

“We need to do something rather than depend on our gods,” Grandmother said.

The family lost their faith in their stone gods. But they kept trying to find a cure and finally moved from the village to the big city of Varanasi to seek medical treatment for Grandfather. Kajal was glad to move into a small rented room with her parents, grandparents, and brother. She hoped that Grandfather would be healed and be able to tell her stories once again.

Father and Mother opened a small laundry business where they washed and ironed clothes. They took Grandfather to various physicians.

One Sunday, Father and Mother decided to go to a Christian church. Mother said a customer had insisted the church’s pastor could help Grandfather by praying to his God. Father and Mother weren’t Christians, but they were willing to pray to a new God if it would help Grandfather. Mother said Kajal and her brother were too small to go to church and had to stay at home with Grandmother and Grandfather.

After church, Mother told Grandmother that the pastor had prayed for Grandfather and the rest of the family and that she and Father planned to return to the church the next Sunday for more prayers.

Trouble erupted when the landlord of their one-room apartment learned that the parents were hoping that Jesus would heal Grandfather. He angrily kicked the family out of the room.

“You people can attend church and accept Jesus,” he said. “But you can’t live in my room at the same time.”

Unable to find another cheap place to live, the family returned to their home in the village.

Father and Mother were discouraged because they had grown to love Jesus but there was no church in their village. They gathered the family for to worship Jesus every day, and Father prayed, “Lord, if you are a loving God, show us where to go.”

On the next Saturday morning, Mother heard sweet music wafting through the air. She stepped into the yard outside their home and saw that people were singing in a house across the street.

“What is happening over there?” she asked a neighbor.

“They are worshipping,” the neighbor replied.

“We didn’t have people worshipping there before,” Mother said. “And why aren’t they worshipping on Sunday?”

“I don’t know,” the neighbor said. “But some kind of worship is going on.”

At that moment, another neighbor left her home and overheard the conversion.

“Come, I will take you over to that house,” said the neighbor, Jira. She was a Seventh-day Adventist.

Jira introduced Mother to the Adventist pastor, who invited her to worship with the other people in the house church. She agreed but wondered why they were worshipping on Saturday and not on Sunday.

At the end of the worship service, she asked the pastor.

“I will show you from the Bible,” the pastor said.

That week, Father, Mother, and Grandmother began taking Bible studies, starting with Creation, when God sanctified the seventh day and made it holy. All three gave their hearts to Jesus.

Unfortunately, Grandfather never recovered from his illness. He died during the period of time that the family was taking Bible studies.

While Kajal never heard Grandfather tell another story, she is thrilled to have a Bible that contains better stories than he ever told. Today, she is 14 and studies the Bible with her 12-year-old brother at the Seventh-day Adventist boarding school in Varanasi, which will receive part of the Thirteenth Sabbath Offering to expand the dormitories.

Thank you for your generous offering to help Kajal’s school in Varanasi and the other Thirteenth Sabbath projects around India today. Thank you for helping the precious people of India hear the life-changing story of Jesus.

The Thirteenth Sabbath Offering in fourth quarter 2020 will help the Southern Asia Division construct the following projects in India: