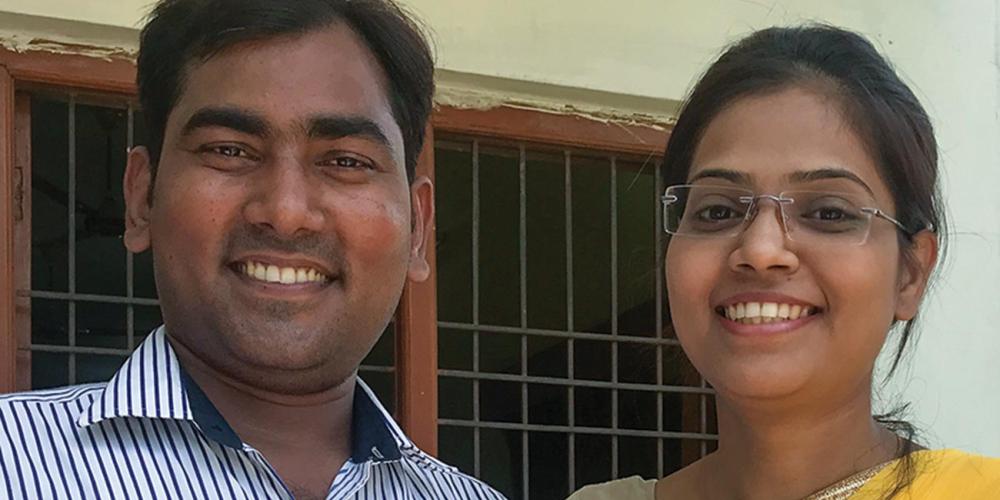 To Sabbath School teachers: This story is for Sabbath, December 19.

Anjleena Singh decided that she didn’t like pastors when she was 14 years old.

That year, Mother fell ill and was whisked off to a far-away hospital to be treated for a serious kidney and gallbladder infection. Father stayed with Mother at the hospital, leaving Anjleena at home with her 10-year-old brother, Roshan, in their home city of Gorakhpur. The children went to school on their own, and neighbors fed them.

Then Anjleena fell ill with jaundice and was hospitalized close to home. She felt so alone. She thought about her mother, hospitalized far away. She remembered the church that her family attended every Sunday. She wished someone would come to visit. “Dear God, please send someone to visit me,” she prayed every day.

But no one came.

After 10 days, Father and Mother showed up at the hospital. Mother was well! Anjleena’s parents took her home.

Soon the girl learned that no one had visited Mother in the hospital, either. No one had come from their church, not even the pastor. She felt disappointed and angry. She decided never to go to church again. She resolved never to trust a pastor. When someone even mentioned the word “pastor,” deep anger swelled up inside her.

Several years passed. One day an aunt called on the phone. “Did you know that our city has a church that is called Seventh-day Adventist?” she asked. “It has a young pastor. He visited our home. Come to our home and meet him.”

The aunt called again a few days later and again invited Anjleena to meet the pastor.

“I don’t want to see any pastor or go to any church,” Anjleena said.

Then the aunt called with sad news. Her husband had died, and she was calling family members to attend the funeral. She asked Anjleena to inform the Adventist pastor about the death and invite him to come and pray for the family. Anjleena called the pastor, Pradeep Singh. He prayed and encouraged the family from the Bible.

Anjleena’s mother liked the pastor and asked him to visit her home. She had many questions, and she and Father spoke with the pastor for three hours. After praying together, they asked the pastor to return the next day. The pastor invited the family to attend church on Sabbath.

Father, Mother, and Roshan went to church the next Sabbath. They sensed something was different about the church, and they asked for Bible studies. After three months, all three were baptized. But Anjleena refused to join them.

After the baptisms, the pastor continued giving Bible studies in her house every week. When he visited, she went to another room and waited until he left. Even though she shut the door, she could hear the discussion and the prayers.

A year and a half passed. One day, Anjleena abruptly announced to Mother, “Call the pastor. I want to take Bible studies.”

“How could it happen?” Mother said. “We have been praying for a year and a half.”

The pastor thought Anjleena was joking, but he gave her Bible studies. Anjleena gave her heart to Jesus in 2017.

A few months after her baptism, Anjleena surprised her parents again.

“I want to marry the Adventist pastor,” she said. “I want to be a pastor’s wife.”

Her parents were worried about what the pastor would say, and they cautiously told him about their daughter’s wish. They didn’t know that Pastor Pradeep had been praying for a wife for three years. He had never considered Anjleena as a possibility but, when he learned about her desire, he couldn’t refuse. “I will gladly accept her as my wife,” he said with a big smile

Pradeep and Anjleena were married in October 2018. Today, Anjleena works as a nurse and serves as a deaconess at the church where her husband pastors in Gorakhpur. She is thrilled that God has used her life to bring people to Him. Five relatives and friends have been baptized after seeing the change in her life.

“Now I think that pastors are good men,” she said. “I love pastors, especially my husband.”

Anjleena also loves Adventist education. After she became an Adventist, she visited the Seventh-day Adventist School in nearby Varanasi and saw children learning from the Bible. She was very impressed and convinced her relatives to enroll their children in the boarding school. So far, she has brought six children to the school, which is one of the projects that will receive part of the Thirteenth Sabbath Offering next week. Thank you for planning a generous offering.