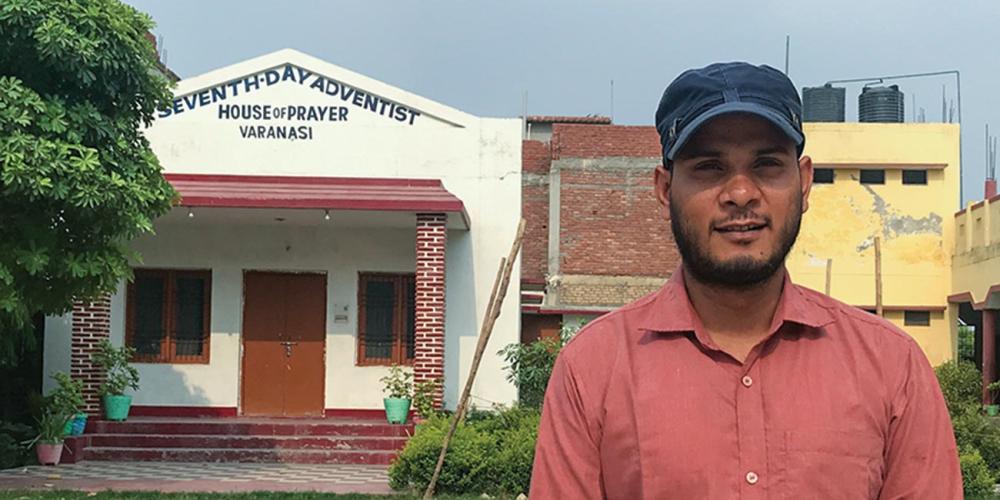 To Sabbath School teachers: This story is for Sabbath, December 12.

Brijesh Kumar found himself without work in Indonesia’s capital, Jakarta.

“There must be a job that I can do,” the 23-year-old Indian man told an Indian friend who had given him a place to stay. “Can you help me find work?”

Brijesh had left India in hope of working to repay a tuition debt in 2014. His parents had borrowed money from friends, but the money had run out before he graduated. The lenders wanted money.

Brijesh’s friend didn’t know about any work, but he introduced Brijesh to someone who promised U.S. refugee status for U.S.$2,000. Brijesh only had $1,000, and he wanted to send it to his parents. But he reasoned that he could work for even more money as a refugee. He handed over the money and was promised passage on a ship to the United States within a week.

Six months later, he boarded a small ship off the coast of Java. Also on the ship were 18 other Indians and 16 Nepalese men, all seeking asylum. Two Indonesians were in charge of the ship. The voyage was dreadful. After two days, the food ran out. Two days later, no drinking water remained. Brijesh caught rainwater during to drink. On the seventh day, the captain warned that the fuel was running low.

Several hours later, a speck of land appeared on the horizon. The ship docked, and the passengers and crew were detained immediately. They had landed on the Micronesian island of Yap.

Brijesh and the others were kept in a dockyard for six months. U.S. police officers and FBI agents questioned them. Clergy from various Christian denominations brought food and other necessities. They spoke about Jesus. Brijesh had never heard about Jesus, and he wasn’t interested. He wanted to become a refugee, but Micronesian authorities wanted to deport him to India.

As the months passed, the flow of visitors dried up. Authorities gave tarps for makeshift tents. Food was scarce. Brijesh lost all hope. Then a pastor, Karemeno Ifa, showed up with a large shipping container. Brijesh and the others wept when they saw that it was packed with food and clothing. Karemeno visited regularly, and the group of men gathered around to listen to him.

“Why do you keep coming to help us when all the other priests and pastors have left?” one asked.

He said that he was a Seventh-day Adventist pastor. Under persistent questioning, he reluctantly acknowledged that he was going without food so they could eat. The stranded boatmen wept when they heard that. That same day, nine Nepalese gave their hearts to Jesus. They pitched a special tent as a church and started to keep the Sabbath.

Brijesh noticed a change come over the Nepalese. They used to also fight with the Indians for bread, but now they were friendly and sharing. One Sabbath, a Nepalese man invited Brijesh to the tent for church. Inside, the nine Nepalese welcomed him and prayed for him, his family, and his future. Brijesh relaxed in their pleasant company. He accepted a Bible and started to read it and to pray.

A Nepalese friend told him that if he prayed to God in the name of Jesus, his prayer would be answered. He decided to try. “Dear God, I put all my burdens and problems on Jesus Christ,” he prayed. “In the name of Jesus I pray, Amen.”

When he opened my eyes, he felt like he was flying in the sky. He took a treasured amulet off his neck and threw it into the sea. He decided to follow Jesus.

Brijesh gave up his refugee claim and was deported to India. He arrived at the New Delhi airport two and a half years after leaving Indonesia.

Today Brijesh works as a Global Mission pioneer and is studying at Spicer Adventist University to become a pastor. Through his Bible studies, four people have given their hearts to Jesus over the past two years, and many more are preparing for baptism. His parents, who managed to pay off the debt while he was in Yap, also are taking Bible studies.

Brijesh remains in contact with the nine Nepalese. All are faithful Adventists in Nepal. One other Indian also became an Adventist, and he runs a clothing business in India. Brijesh lost contact with the rest. “I want to share the Lord with others,” he said. “God saved me when I had nothing.” <

Part of this quarter’s Thirteenth Sabbath Offering will help construct a new dormitory at the Varanasi Seventh-day Adventist School, which offers classrooms and lodging for Brijesh and others as they train workers to spread the gospel. Thank you for planning a generous offering.