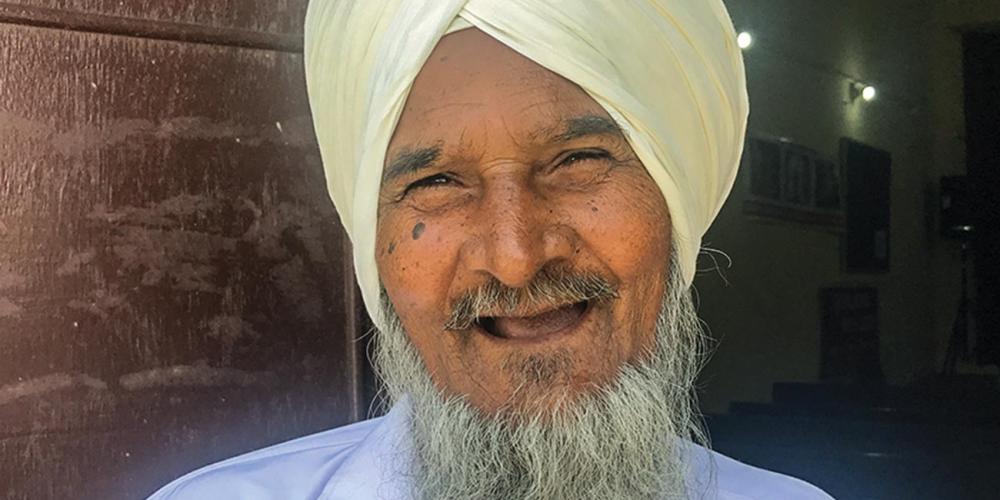 To Sabbath School teachers: This story is for Sabbath, November 28.

Bagicha Singh spent his life worshipping trees and idols in a shrine in his home in a small Indian village.

He believed in the power of his gods and credited them for making him wealthy as a witch doctor. People flocked to his home in Mundrichurimra village to be healed. Bagicha had everything he needed but one thing; he lacked peace of mind.

Then he fell ill. He vomited constantly. He felt dizzy. Headaches plagued him. He turned to his witchcraft to heal himself, but the spells that seemed to cure others didn’t help him. He paid big money to various physicians, but no one could help. He wept bitterly.

His witchcraft business suffered. For a while, people continued to come to him for help. But he turned them away, saying, “I cannot heal you because I also am sick.”

“I don’t want prayer,” Bagicha said. “My witchcraft is more powerful than your God.”

After the visit, Bagicha’s health worsened, and he was taken to the hospital in Jalandhar, a city of about 1 million located about 90 minutes away by car. A physician ran tests and announced that Bagicha had a brain tumor.

“You will die soon if we don’t operate,” the physician said.

But the operation was expensive. Bagicha had earned great wealth at witchcraft, but he had lost it seeking a cure. Now he and his family only had half the money needed for the operation.

Samson heard that Bagicha was in the hospital and came to visit. Bagicha was feeling forlorn, and he perked up when he saw Samson. He turned to the physician standing nearby.

“Here comes Jesus who can heal me,” Bagicha said.

“Dear God, in the name of Jesus, please heal Mr. Bagicha to glorify Your name. In Jesus’ name, Amen,” he said.

The next day, the physician ran a check and, to his surprise, could find no trace of the tumor. He called a specialist for a second opinion. The specialist couldn’t find the tumor. The shocked physician remembered Samson’s prayer, and he questioned Bagicha closely.

“Where is the brain tumor?” he asked. “Which God do you believe?”

The next Sabbath, Bagicha sought out Samson at the Adventist church in the neighboring village.

“Your Jesus healed me,” he said.

Back home, he told his story to his family and neighbors.

“I have been healed, and I have been freed from my witchcraft,” he said. “You also must come to the church where Jesus heals.”

Because of Bagicha’s testimony, many people started coming to the church on Sabbath. About 50 people took Bible studies from Samson, and half of them were baptized in September 2018, including Bagicha and three members of his family. The others were continuing to take Bible studies, and others were joining them.

Today Bagicha is a faithful member of the church.

“Pray for me that I may remain faithful to the Lord and be prepared for the second coming of Jesus,” he said.

Bagicha and his 25 family members and friends were baptized by Samson Gulam Masih, the nearest Adventist pastor to their village. Part of this quarter’s Thirteenth Sabbath Offering will help to construct a larger church to replace Pastor Samson’s dilapidated, crowded church in Amritsar. Thank you for planning a generous offering.