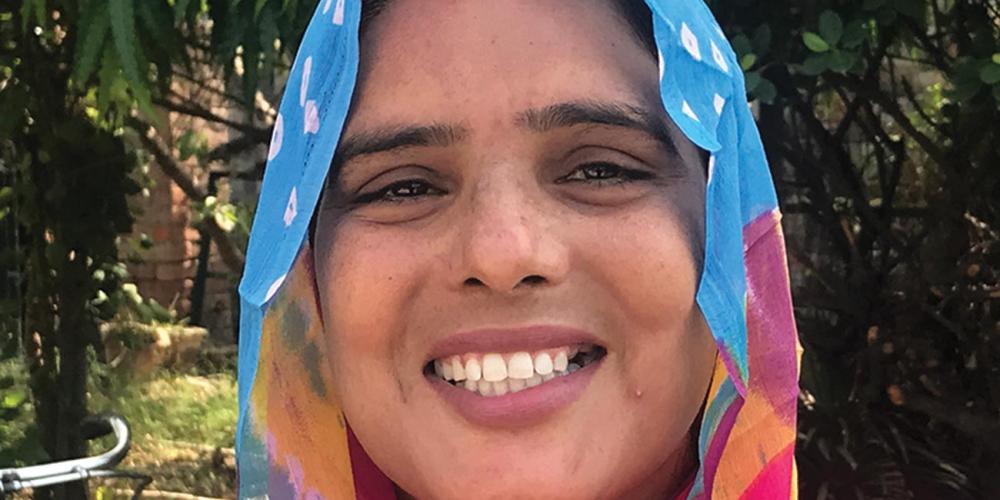 To Sabbath School teachers: This story is for Sabbath, November 21.

Pastor Samson was giving a Bible study from Revelation to Alka and 14 members of her family in a large bedroom in their house in Amritsar, India.

He stood at one end of the room, a Bible in hand, as he spoke to the family members seated on the bed and floor.

“So the great dragon was cast out, that serpent of old, called the Devil and Satan, who deceives the whole world; he was cast to the earth, and his angels were cast out with him,” he read from Revelation 12:9.

Alka’s father-in-law, Shashipal, sprang from the floor and approached the pastor menacingly.

“Why are you preaching about Jesus?” he hollered with fury in his eyes. “I am powerful on this earth.”

Pastor Samson sensed that a demon was trying to frighten him. He remembered the words of 1 John 4:4, “He who is in you is greater than he who is in the world.”

Shashipal refused to kneel and continued shouting. Pastor Samson placed a hand on the elderly man’s head and looked directly into his eyes.

“You, devil, are already defeated by Jesus’ death on the cross of Calvary,” he said. “I am washed by the blood of Jesus. You have no power over me. You have no power over my friends who are praying with me. Jesus is here. The Spirit of the Lord has come upon us to defeat the devil. In the name of our Lord Jesus Christ and by His blood, I claim the power and rebuke you, devil. In the name of Jesus, come out of him and go away.”

Shashipal sank to his knees. Speaking slowly and calmly, the elderly man said, “Thank you, Jesus.”

The demon was gone.

“Amen, praise God!” Pastor Samson said and led the family in singing, “God Is So Good.”

A week later, Pastor Samson resumed the Bible study and read in Revelation 12:11, “And they overcame him by the blood of the Lamb.”

“I don’t want the pastor coming here and praying,” he said. “Don’t speak the name of Jesus in my house.”

Pastor Samson sensed that this was the same demon as the previous week and that he had returned with reinforcements.

The family fasted from food and water during daylight hours for three days. On the third day, on a Friday evening, the pastor returned to Alka’s house for a Bible study. John smiled as he joined the family in kneeling for prayer. Instead of growling, braying, barking, or hissing, he quietly took the pastor’s hand and placed it on his head.

Pastor Samson prayed for him, and John never made animal noises again. But that wasn’t the end.

The next week, Pastor Samson read about the need for Christians to put on the armor of God to fight the devil in Ephesians 6:10-18. As he read, Alka’s husband, Surinder, turned to John and roared, “Where are those demons who were in you? There are no demons in you anymore. They are in me!”

“This is the devil’s last stand,” he said.

Afterward, he led the family in singing, “When Jesus is in the family, happy, happy home!”

Surinder joined in singing. The demons had left him, never to return to their home.

Alka and her family have come a long way from their former life in another major world religion. They are still learning about the grace and righteousness of Jesus.

“Please pray for all my family and especially for my mother to accept Jesus,” Alka said.

Part of this quarter’s Thirteenth Sabbath Offering will help construct a larger church to replace the dilapidated, crowded church where Alka worships in Amritsar, India. Thank you for planning a generous offering.