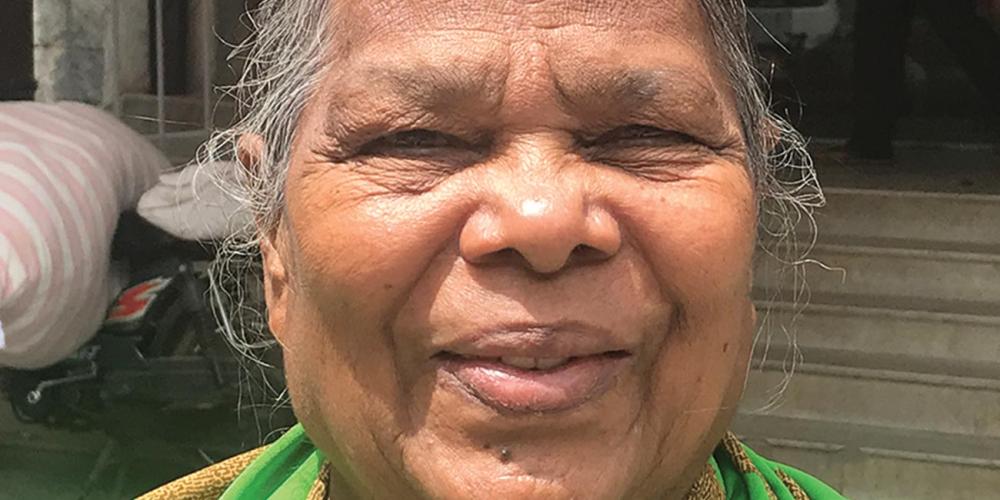 Saved From The Well

To Sabbath School teachers: This story is for Sabbath, November 7.

Sheelamma’s husband suffered stomach pains and tragically died in the hospital at the age of 30.

Sheelamma was 20 and left alone with a 5-year-old son in their home village of Bellary, located 185 miles (300 kilometers) north of Bengaluru. Miserable, she slipped off her golden earrings, necklace, and nose ring and gave them to her sister.

“I’m going to visit someone,” she said. “Take care of my son, Raju, until I return.”

Sheelamma didn’t plan to return. She walked to a neighboring village and jumped into a deep well, hoping to drown. However, someone came to draw water from the well and saw her floating, unconscious, in the water. Villagers rushed to rescue her. A man lowered himself on a rope into the well and lifted her up in a basket.

The villagers built a warm fire and dressed her in dry clothes. When she awoke, they plied her with angry questions.

“Why did you do this in our village?” said one.

“You could have killed yourself in your own village,” said another.

They recognized Sheelamma and knew that she had a son.

“Why would you try to commit suicide when you have son?” someone said. “If you are poor, you could have at least begged for food.”

The villagers escorted her back to her village and to her sister’s house.

Sheelamma didn’t want to stay. She wanted a new life. A month later, she took Raju by train to Bengaluru. But she didn’t know anyone in the city. She had no relatives or friends. At the train station, people saw the poor mother and told her to return to the village.

“You have a small child,” said another. “Bengaluru is not a safe place.”

Sheelamma had no intention of going back. “I will not go back,” she said. “I left everyone to come here. I don’t want to go back.”

An auto-rickshaw driver offered her a free ride and dropped her off at a cathedral. Sheelamma sat in front of the building, crying and praying to her gods. On the ground nearby, she spotted a postcard with a picture of Jesus. She wasn’t a Christian, but she recognized Jesus.

“You have to help me,” she said to
the postcard.

After a while, a woman came out of the cathedral and gave rice and curry to Sheelamma and her son to eat.

“Go back to your village,” she said.

“I’m a widow,” Sheelamma replied. “I have a small child. Please give me some work.”

“Many people come to us for help,” the woman said. “We can’t help you.”

As Sheelamma and the woman spoke, a passerby stopped and asked why Sheelamma was crying. Upon hearing her story, the passerby invited Sheelamma to her house and helped her find work as a part-time housekeeper.

One of the people whose houses she cleaned was a Seventh-day Adventist pastor, and they quickly became friends.

“Do you know how to read and write?” he asked her one day.

Learning that she didn’t, he taught her the alphabet. Slowly she began to read the Bible, and she started going to church on Sabbaths. She gave her heart to Jesus.

After the pastor moved to Mumbai, another pastor helped Sheelamma to find a job working as a custodian at Spencer Road Seventh-day Adventist School. She worked there for 34 years, retiring in 2004.

“I am happy,” Sheelamma said. “I came from nowhere, and God showed me where I should go by leading me to His church. I praise God that He has blessed me. My life is good because of Him.”