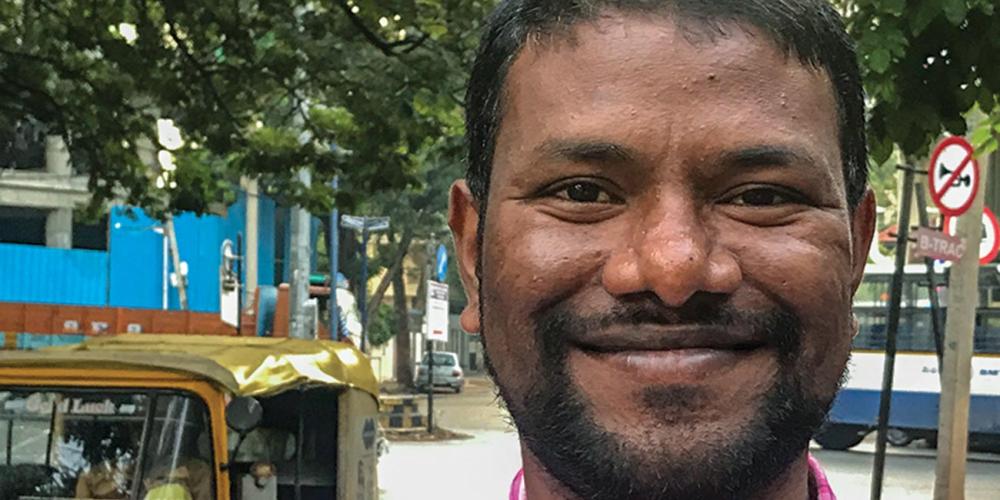 “You’re Not Going to Live”

To Sabbath School teachers: This story is for Sabbath, October 10.

y parents grew up in a village deep in the interior of India. Both came from non-Christian backgrounds. After getting married, they moved to the big city of Bengaluru, where my father worked as a police officer.

Mother’s first pregnancy was difficult. After the delivery by cesarean section, the physician announced that she would die.

Everyone was sad, but they loved the baby. He was a healthy, handsome boy.

“Your baby is very cute,” said one patient. “Can you give him to me?”

“I’ll adopt him,” said the physician. “You’re not going to live.”

But a Christian nurse, Sarala, told Mother not to give up hope.

“There is a God whose name is Jesus,” she said. “If you believe in Jesus Christ, everything will be fine.”

Mother slipped into a deep sleep. As she slept, Sarala laid a hand on her head and prayed to Jesus.

To everyone’s surprise, Mother recovered and returned home with the child three days later. Mother heard from several patients about the nurse’s prayer, and she realized that Jesus had saved her life.

She resolved to worship Jesus, but she didn’t know which Christian church to attend. Father took her straight to a Seventh-day Adventist church. Although he wasn’t a believer, he was familiar with the various churches in the city and how they worshipped. One of his own friends had told him that the Adventist church was the only one that fully obeyed the Jesus of the Bible.

“This is the right church,” Father said, firmly. “You have to go here to worship Jesus.”

Over the next 14 years, Mother gave birth to seven more children.

Mother was going to die after giving birth to her first child. But through prayer and faith in Jesus, she lived and gave life to eight faithful Adventists. Today Mother, who like me only has one name, Kamalamma, is a healthy 72-year-old grandmother of eight grandchildren.

When I was growing up, Mother always reminded me of God’s words, “Can a woman forget her nursing child, and not have compassion on the son of her womb? Surely they may forget, yet I will not forget you” (Isaiah 49:15).

Because of her faith, my large family is walking with Jesus.

Part of this quarter’s Thirteenth Sabbath Offering will help construct two churches in Bengaluru, where Kubera and his mother live. Thank you for planning a generous offering.