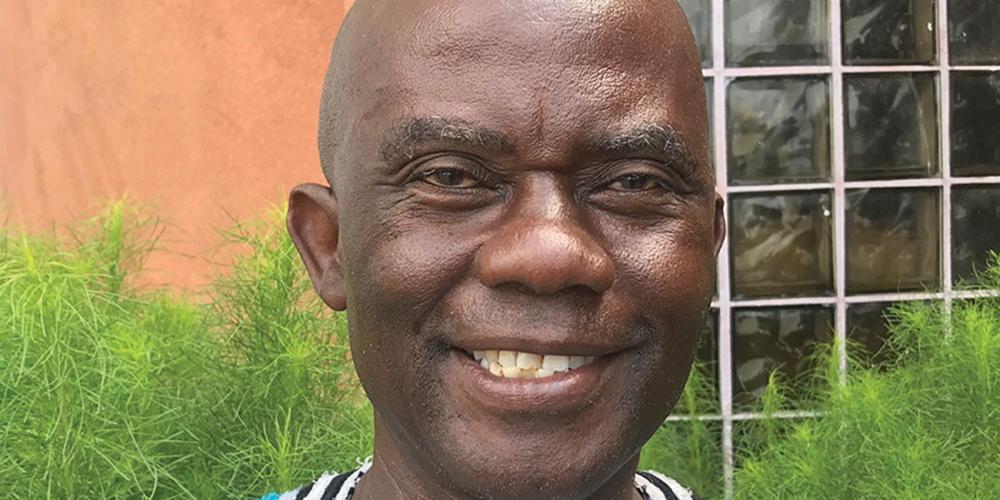 A School for Liberia

To Sabbath School teachers: This story is for Sabbath, July 4.

B. Darlington Teah grew up in a Christian church where his father was a deacon and his mother prayed for ill members.

Mother was very dedicated to the church, but Father was not so committed. He belonged to a secret society and, when Darlington was 7, he invited the boy to become a member.

“Son, your great-grandfather and other ancestors were members,” he said. “You should join so you can replace me when I die.”

Every time, he sacrificed a chicken and offered plates of white rice to the ancestors. He left the plates and chicken on the ground and returned home. Later, he went back for the plates and, seeing that the food was gone, believed that the ancestors had agreed to honor his prayers.

Darlington didn’t have any choice about joining the secret society. He couldn’t say yes or no. But Mother had a say, and she bluntly refused. Whenever Father prepared to go to the mountains, she took the boy to another village.

“I want him to become a Christian,” she told Father.

Darlington attended Sunday School every week, but he didn’t understand the Bible.

When he was a young man, a Seventh-day Adventist evangelist came to the village and spoke about the seventh-day Sabbath. Darlington read about the Sabbath in the Bible for the first time, and he asked the Sunday pastor to explain whether Saturday or Sunday was the correct day. The Sunday pastor could not show any Bible verses that supported Sunday worship.

“My son, the seventh day is the Sabbath,” the pastor said. “We worship on Sunday to remember Christ’s resurrection.”

Darlington wanted to follow the Bible, and he was baptized into the Adventist Church. Father wasn’t pleased with the decision because he knew that it meant his son would never worship their ancestors. Mother was happy that her son loved God.

Darlington longed to become a pastor, and he prayed about it constantly. The Adventist Church didn’t have a seminary in Liberia, so he would have to travel to Ghana or Nigeria to study theology. Knowing that his parents didn’t have money to help him, he worked hard to save money for tuition. Civil war interrupted his efforts and, in the 1990s, he entered politics and was elected to the national parliament.

He thought, “If I can’t save money to study theology abroad, I can at least establish an Adventist seminary in Liberia so young people can study here.”

A year after his election, he sponsored a bill creating the Adventist University of West Africa in Liberia’s capital, Monrovia.

After six years in parliament, he left amid strong pressure to accept bribes and to join secret societies. He enrolled in theology classes at the Adventist University of West Africa.

Today, Darlington is a pastor and the president of the South-East Liberia Mission, which will receive part of this quarter’s Thirteenth Sabbath Offering to construct a K-6 school in the city of Buchanan.

“I am very thankful that the Lord has called me to work in His service in preparing people for His soon coming,” Darlington said.

Thank you for planning a generous Thirteenth Sabbath Offering to construct an elementary school in Buchanan, Liberia, to replace a school destroyed in Liberia’s civil war.