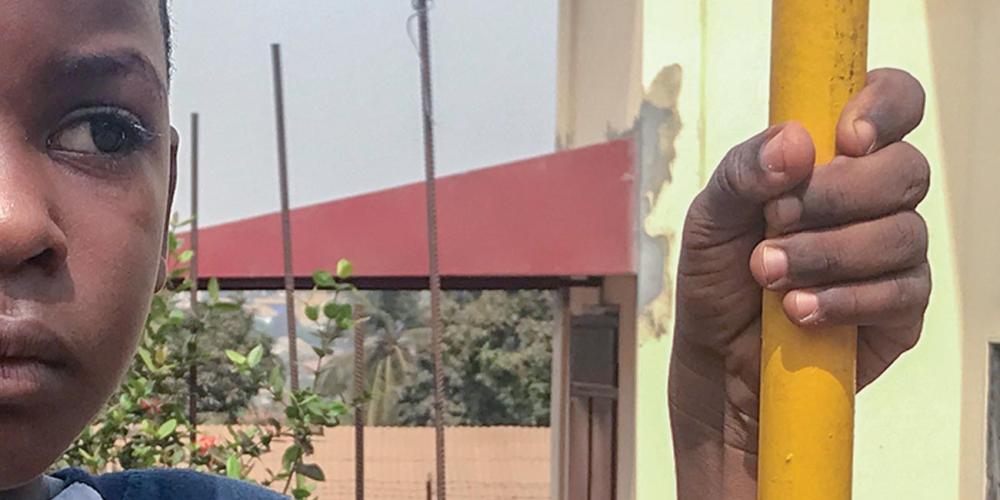 To Sabbath School teachers: This story is for Sabbath, September 26.

Mother took matters into her own hands after failing to convince her daughter Maria to renounce Christ.

Mother slipped a sleeping pill into Maria’s drink at a restaurant. With the help of Maria’s younger sister, she carried her unconscious daughter to the car and drove her to their home village in Guinea. Maria’s 5-year-old son, Mark, came along.

Mother was a wealthy business owner, and the family compound in the village contained a multistory mansion, a luxurious guesthouse, and several other buildings. A high fence surrounded the property, and a watchman kept a close eye on the gate. Maria was locked in a bedroom.

Mother had a nefarious plan. She had hired a Nigerian witchdoctor to change Maria’s mind about Jesus.

“I will never deny Jesus, even if you kill me,” Maria said when she saw the witchdoctor. “I will worship Jesus, even if I don’t go to church. Jesus is everywhere.”

“Your mother told me that she has tried and failed to kill you many times,” he said. “But let me tell you that I have something more powerful than your Jesus.”

He mixed a strange powder with water and forced Maria to drink. Later he rubbed a strange lotion on her body.

“I will never deny Jesus,” she said.

Mother helped the witchdoctor with his work. One day, she applied a strange powder to Maria’s face. Sores broke out on Maria’s skin and, the next day, she was bleeding everywhere.

Maria’s son, Mark, didn’t understand what was happening to his mother. When he saw his mother’s sore-covered face, he wept. But he remembered praying with his mother every night before bed. He begged Maria’s younger sister, Hadja, to pray with him. Hadja agreed but first made sure Mother was nowhere nearby.

“Jesus, please save Mommy,” Mark prayed. “Help her to get well.”

Maria grew so weak that she could barely move. Her flesh smelled like it was rotting. Hadja was afraid and called one of Maria’s Adventist friends.

The friend asked to speak with Maria, but Hadja explained that her sister was too weak. She snapped a photo of Maria on her cell phone. The Adventist friend wept when he received it.

“I see that your mother wants to kill her,” he said. “I’ll ask all of the church members to pray.”

Church members across Guinea prayed for Maria. After a few days, the Adventist friend called Hadja.

“I know it would be difficult for Maria to travel, but can you help her escape?” he said. “I will send money.”

Hadja promised to try. The Adventist friend contacted Jacob Gbale, president of the Seventh-day Adventist Church in Guinea, who sent money for the car fare to Conakry, the capital.

Hadja saw her chance on a Friday morning while Mother was away on business. The witchdoctor left the house on an errand, and Hadja sent the watchman out to buy something at the store. Opening the gate of the compound, she hailed a passing car and paid the driver to take Maria and Mark to the church headquarters in Conakry.

As Maria and Mark traveled, a small commotion erupted at the church’s headquarters. The church watchman spotted a green, yellow, and brown snake in a mango tree by the front gate and called for help. But when other men arrived, the snake was nowhere to be found.

Later that day, Maria and her son arrived and were taken to a guest bedroom. The exhausted mother slept.

The next morning, on Sabbath, church elders anointed Maria and prayed for her at the church located on the compound. As they prayed, Maria fell to the floor unconscious. When she regained consciousness, she was confused, and her body ached. Michel Guilavogui, the executive secretary and treasurer of the Adventist Church in Guinea, carried her back to the guest room to rest.

As she slept, a green, yellow, and brown snake slithered to her window and entered a hole in the wall, trying to find a way into the room. It was the snake from the mango tree. A church member noticed the three-foot (one-meter) snake and called for help.

A crowd gathered outside the window, trying to coax the snake out of the hole. Someone made a makeshift torch by placing a plastic bag doused in gasoline on the end of a wooden stick and lighting it. When he thrust the fiery stick into the hole, the snake leaped out and tumbled, writhing, to the ground. Michel jumped on the snake, crushing its head instantly.

Hours later, Maria’s cell phone rang with a call from an unknown number. She was afraid to answer, but the person kept calling back.

“If they keep calling you, it must be important,” a church friend said. “Answer it.”

The caller was Maria’s younger sister, Hadja. “I just wanted to tell you that you have time to get well,” she said. “I know that you will get well now.”

“Why do you say that?” Maria asked.

“Listen,” Hadja said. “Can you hear the sound of the ambulance?”

“Ambulance? What happened?” Maria said. “Did something happen to Mother?”

“No, not to Mother,” Hadja said. “The witchdoctor from Nigeria. He fell from the second floor of our house. He struck the ground headfirst and died instantly. His skull was crushed.”

The next day, Maria’s sores began to disappear.

Maria has given up everything for Jesus — a luxurious home and successful shop, two cars, and a comfortable life. Mother still wants to kill her, so she and Mark are in hiding. But her love for Jesus is strong. She is praying about becoming a missionary to her people.

“I dream about seeing my people become Christian,” she said. “I want to talk to them about Jesus. I cannot keep this truth to myself. I must share the good news with my people.”

The Seventh-day Adventist Church faces enormous challenges in spreading the gospel in Guinea and other parts of the West-Central Africa Division. You can help people like Maria and Mark by giving to the Thirteenth Sabbath Offering today. Part of the money will be used to construct Kobaya Academy, a K–12 school in Conakry, Guinea, where Maria would like Mark to study one day. Your offering will also help build a school in Liberia and a medical center in Nigeria. Thank you for remembering Maria, Mark, and the Adventist work in the West-Central Africa Division in your prayers.