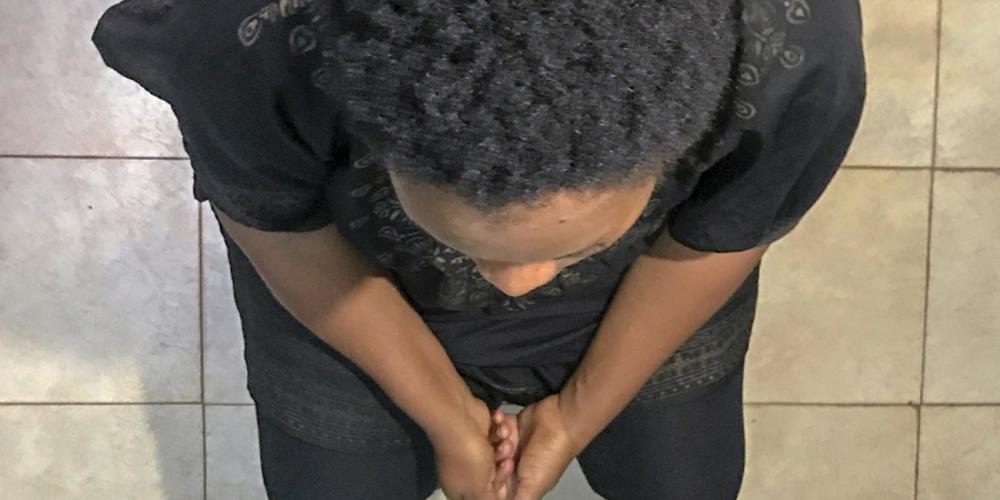 Odd Dreams and a Girl

To Sabbath School teachers: This story is for Sabbath, September 5.

Since the age of 2, Maria had accompanied her mother to the witchdoctor to obtain a blessing for the family business in Guinea.

The visits were part of life, and the blessings seemed to work. Mother became a wealthy businesswoman with many shops across the West African country. She also made her daughter rich. Maria owned a house in a gated compound, two cars, and a big store selling stylish clothing and handbags in Guinea’s capital, Conakry.

The witchdoctor, however, caught 24-year-old Maria by surprise when she visited him for a blessing in 2013.

“If you want to be rich, you have to offer a human sacrifice,” he said. “The sacrifice must be an albino.”

Maria had brought cows to the witchdoctor to sacrifice but never a human being. The thought of a human sacrifice deeply disturbed her, and it weighed heavily on her mind when she fell asleep that night. As she slept, she dreamed that two small children were talking to her, but she couldn’t understand what they were saying.

The next night, she saw the same children again in a dream. But this time she could understand them.

“The solution is not visiting the witchdoctor,” one child said.

The next night, Maria dreamed again. This time she heard a voice as she walked on the street. The voice said, “The solution is our Father and our Savior Jesus Christ.”

When she awoke, she was puzzled because she wasn’t a Christian. She belonged to another major world religion.

“How could Jesus be the solution?” she wondered.

She told her mother about the three nights of dreams.

“Why do we have to make a human sacrifice?” she said.

Mother didn’t like the dreams at all and told Maria to buy a cow for a sacrifice. Maria obeyed. As the witchdoctor prepared to slaughter the cow, he assured her that the dreams would stop.

That night, Maria had another dream.

By the end of the week, Maria was exhausted from the nightly dreams and decided to go shopping. On Saturday morning, she drove her car to the compound gate and stopped for it to be opened. As she waited, a small girl darted into the compound and approached the car window. “Do you want to go to church?” the girl asked.

“I’m not a Christian,” she said. “Why are you asking me to go to church? Who are you looking for?”

“I want to go to church,” the girl said.

Maria looked at the girl closely. She wondered whether the girl was lost and seeking her parents. She didn’t know about any churches in the neighborhood.

Seeming to read her thoughts, the girl said, “I know the way.”

Maria decided to help the girl find the church, and she got out of the car. After a short walk, Maria and the small girl reached the gated headquarters of the Seventh-day Adventist Church in Guinea. A group of people were standing near a church building inside the compound. One of them, a woman, asked Maria whether she could be of assistance.

But the girl was nowhere in sight. Maria looked out the gate and back into the compound. No girl. She returned the puzzled gaze of the kind woman and suddenly felt a strong desire to tell her about her dreams.

“Can I ask you a question?” she said.

“Of course,” the woman said.

“I have had many dreams,” she said. “I have sacrificed a cow, but nothing has stopped the dreams. I don’t know what to do.”

“Wait for me,” the woman said. “My husband is a pastor. I will ask him for help.”

And that is how Maria, a non-Christian in a country where many people are hostile to Christianity, learned about Jesus. Today she is a Christian who loves Jesus with all her heart.

“My conversion to Christianity is a miracle,” she said. “No one came to me with the Bible, and I didn’t read any Christian books. It was a call from God.”

Maria never saw the girl again. She is convinced that the girl was an angel.

The Seventh-day Adventist Church faces enormous challenges in spreading the gospel in Guinea, where only 7 percent of the population is Christian, and many people are hostile to Christianity. Part of this quarter’s Thirteenth Sabbath Offering will help construct Kobaya Academy, a K-12 school in Conakry, Guinea, where the love of Jesus can be taught to many children from non-Christian homes.