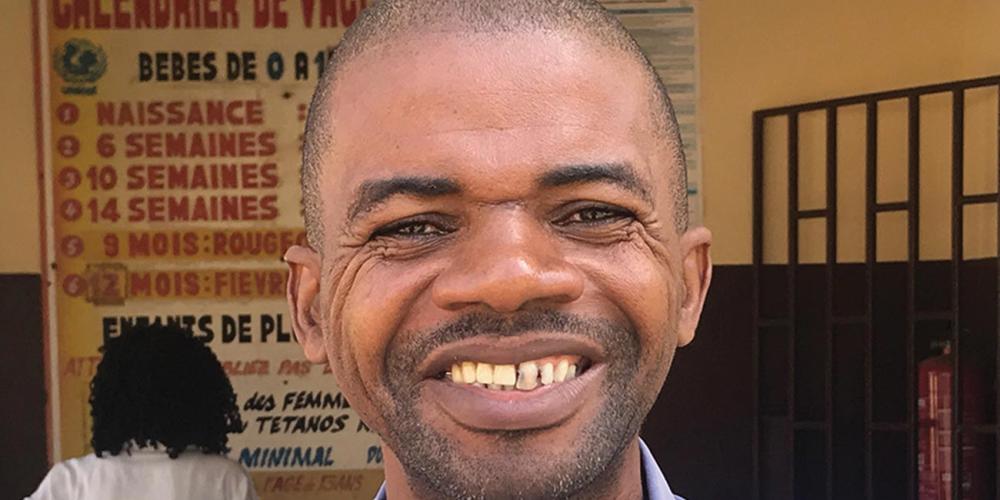 To Sabbath School teachers: This story is for Sabbath, August 1.

Horseracing caught Christophe’s fancy when he was 27.

Christophe’s father, a math teacher, had become infatuated with betting on horses while studying at a university in France.

When he returned home, he found that horseracing also had become a popular pastime in Gabon.

But no one went to the tracks to bet. Instead, they went to roadside kiosks where they could bet on live races televised from France.

Father took Christophe to the kiosks to bet.

Christophe didn’t have a job, so Father gave him money so they could play together. Soon Christophe was betting 5,000 Central African francs, or U.S.$10, every day on the horses. He neglected meals and sleep in order to try his luck on the horses.

Seventh-day Adventist friends in Gabon’s capital, Libreville, noticed Christophe’s fascination with gambling and cautioned him against it.

Christophe didn’t want to listen to them.

“It’s a game where you can exercise your mind,” he said. “You have to know math in order to play.”

One Sunday morning, Christophe lost 3,000 francs on a horserace at a kiosk. Returning home, he double-checked his betting forms and realized that he had failed to bet on a certain horse. Seeing that he still had 2,000 francs, he went back to the kiosk.

As he stood outside the kiosk, filling out the betting form, a car veered off the street and struck him and two nearby women. The driver didn’t stop and sped away.

Kind strangers rushed Christophe and the two women to the hospital. One woman soon died. Minutes later, the other woman died. Christophe — lying in bed, his legs paralyzed and his blue T-shirt soaked in blood — feared that he would be next.

He began to pray.

“Lord, I understand,” he said. “You have told me many times to stop gambling, but I didn’t listen. Now I will listen.”

He had no way to contact his family, and he couldn’t move. Without any money, he received no medical care in the hospital for two days. Finally, he managed to pull himself out of bed and to crawl to the street to hail a taxi. He spent his last 2,000 francs on the ride home.

At home, a sister, who was a nurse, tended to him. He prayed for healing.

“Lord, You spared me from death,” he said. “If You protect me and help me walk again, I will surrender my life to You and stop gambling.”

Three weeks later, he was able to walk. He immediately gathered piles of old betting forms and burned them in front of his family.

“I don’t care if I am rich or poor,” he said. “I will serve God and never gamble again.”

He never did gamble again. Today, Christophe Minsta Mi-Owono is 44 and works as a housepainter.

“It’s better to work for money than to play in hope of easy money,” he said.