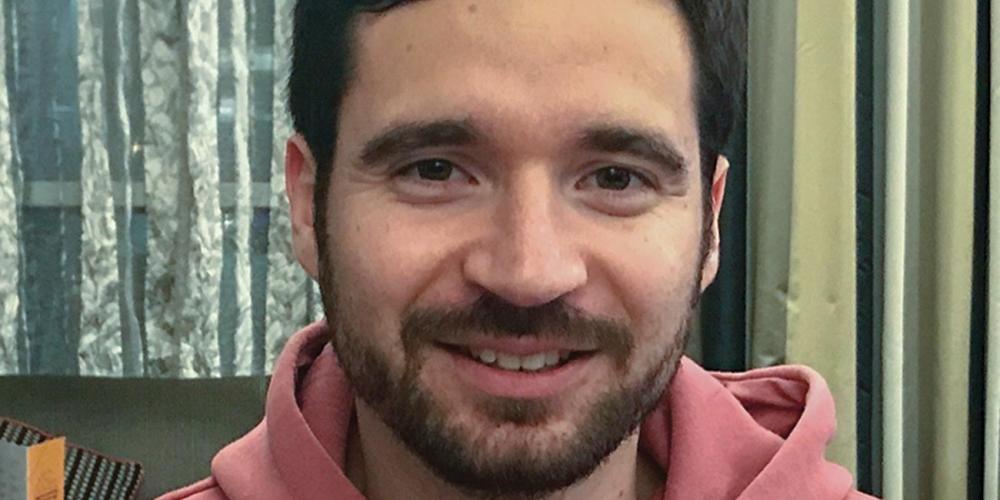 To Sabbath School teachers: This story is for Sabbath, June 13.

By Axel Domingues as told to Andrew McChesney, Adventist Mission

My sister committed suicide when she was 14.

Overcome with grief, my mother decided to have another child, a girl. To her disappointment, she gave birth to me — a boy.

Mother raised me in the southern Portuguese town of Faro with a brother who was nine years older. Father lived in the Middle East, working in construction.

Mother was perpetually sad. That sadness deepened when Father got a divorce and my brother left home. Then she was hospitalized with cancer and I, only 11, was sent to live with relatives.

Mother had never attended church, but my relatives took me every Sunday. As I learned about God, I prayed for Mother to be healed. Two years passed, and Mother died. It didn’t make any sense to me. I decided that God was a fable.

I stopped going to church and, when Father returned to Portugal, I moved in with him and his new family.

Life spun out of control when I entered the university. I drank and used drugs. I listened to the wrong kind of music and practiced Satanism. Several encounters with spiritual beings frightened me into realizing that a spiritual realm existed beyond what people could see with the naked eye.

In my early 20s, I began to reap what I had sown. I lived in constant fear of evil spirits. I wanted to quit smoking and drugs, but I couldn’t.

Then I learned that one of my friends, a drug-using atheist, had been baptized.

“What’s wrong with you?” I asked him. “Why were you baptized?”

For some reason, I opened up to him about my fears regarding evil spirits. He listened thoughtfully.

That was a good question. God no longer seemed like a fable to me. I knew evil spirits existed, and I sensed that they were being restrained by a higher power. I read the Bible and prayed.

As I read, I sensed a distinct voice say inside me, “Leave your addictions.”

I didn’t want to give up everything, and I thought, “I can still enjoy some of my addictions.” Then it struck me that I had never been able to quit my addictions piecemeal, so why not to try to quit everything at once?

At that moment, an evil voice came to my mind.

“What are you doing?” it asked.

When I heard the voice, I understood that something serious was happening. I gave up all my addictions immediately.

The Bible was a joy to read. Genesis 3 showed me that God didn’t forsake man at the fall and had a salvation plan. I saw that God’s prophecies about the Israelites came true. My faith increased, and I saw that the Bible was not fiction.

Months passed, and I graduated and moved to Dublin, Ireland, to work as a software engineer.

One day, my former atheist friend sent me a link to a YouTube sermon about the origin of sin. I liked the speaker, a Seventh-day Adventist evangelist, and looked for more of his sermons. But when he spoke in a sermon about Saturday being the Sabbath, I rejected his message as too strange.

But the Sabbath sermon stuck in my mind. The word for “Saturday” in my native Portuguese is “Sábado,” or Sabbath. It seemed to me that there must be a biblical explanation for why all the Christian world worshipped on Sunday, and I determined to find it in the Bible. But I found no verse changing the Sabbath from Saturday to Sunday.

I returned to the Adventist evangelist on YouTube. His sermons on the Sabbath and end-time prophecy made sense, and I accepted the Seventh-day Adventist Church as the church of God.

Finding the address for an Adventist church online, I attended worship services and later Bible studies. I began to understand why I had experienced so much suffering in my childhood. It wasn’t because of God. It was because of sin and the bad choices that I and other people in my life had made. As David said in Psalms 16:4, “Their sorrows shall be multiplied who hasten after another god.”

Today, I am happily married to Joana, a Brazilian nurse, whom I met at the Adventist church in Dublin. She also was baptized in Ireland. We are working, giving Bible studies, and helping out at church. We are praying for God to show us what He wants us to do next.

Thank you for your 2017 Thirteenth Sabbath Offering that helped open a church and community center in Axel’s new hometown of Dublin, Ireland.