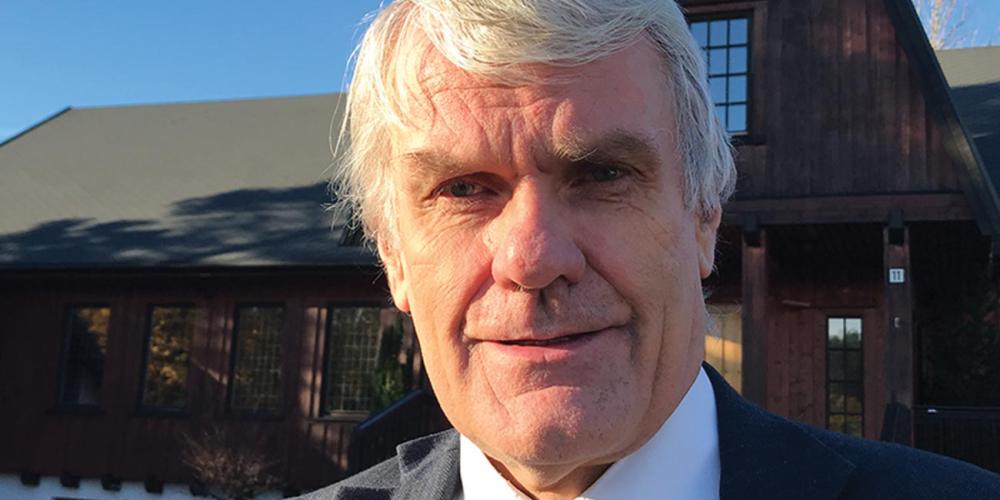 Preaching to the Blind

The Advent Tidende, a Danish-Norwegian paper and first non-English periodical published by Seventh-day Adventists, was begun by John G. Matteson, a Dane who had emigrated to the U.S.

To Sabbath School teachers: This story is for Sabbath, June 6.

The first preacher was well dressed and, in the mind of the farmer wearing work clothes in the back of the room, a bit arrogant.

That didn’t bother Øystein Hogganvik, the 30-year-old farmer seated at the back of the room.

Then the second man stood up to preach. He also was well dressed, but his suit was old and had been mended several times. His shoes were polished but worn. He didn’t read much from any books. Instead, he preached from the heart.

The preacher’s earnestness touched Øystein’s heart, but he strongly disagreed with the theme. In fact, he was outright offended.

The preacher noticed and approached Øystein after the sermon. He greeted the farmer and politely asked for his name. He inquired about his work and family. He didn’t say a word about the sermon.

After a few minutes, the preacher asked for permission to pray for Øystein. As he prayed, a fierce conflict broke out in Øystein’s mind. “How can you allow a man to pray for you after you disagreed so strongly with his sermon?” he thought.

Immediately, Øystein sensed the Lord saying to him, “You have to trust in Me.”

Back on the farm, Øystein decided to prove the preacher wrong. He spent hours reading the Bible. He bought recordings of sermons on the topic that had offended him and found a variety of viewpoints from Adventist preachers. He felt as if Jesus were slipping away from him. A year passed, and he was completely confused.

One day, Øystein reread the story of how Jesus gave sight to blind Bartimaeus in Mark 10:46-52. As he read, it struck him that he was Bartimaeus. Even though he had always had excellent eyesight, he was spiritually blind and needed to ask Jesus to open his eyes.

Øystein opened his mouth and shouted, “Give me spiritual sight!”

Immediately, he felt impressed to turn in his Bible to the story of two disciples who unknowingly walked with Jesus on the road to Emmaus in Luke 24. Along the way, Jesus gave a thorough Bible study about Himself, but the two men still didn’t recognize Him. Their eyes only were opened when Jesus prayed for a meal in their home.

Øystein remembered that the 12 disciples had been with Jesus for more than three years but remained spiritually blind about Jesus’ mission and the cross.

He realized that he, a fifth-generation Adventist, had been with Jesus all his life but was spiritually blind because he had clung to his own understanding instead of asking the Holy Spirit to open his eyes. Jesus wasn’t leaving him, but he was in danger of leaving Jesus because of his love for his own truth.

For the first time, Øystein shut his eyes and prayed that his eyes be opened.

“From that day on, the Bible became alive for me,” he said in an interview. “Every story in the gospels was no longer about people living at the time of Jesus. They were stories that I could relate to and that had something for me.”

The recordings from the Bible and Ellen White books took on new life as he worked long hours on the farm. His heart changed, and intellectual knowledge became living, practical reality.

A year later, Øystein began to share his story in churches around Norway. After a while, church leaders from the East Norway Conference asked him to work as a minister.

Now 61, Øystein still owns a farm, but he uses his time and energy to sow the gospel. He has worked as a full-time pastor for the past nine years, and he leads two congregations in Oslo and Jessheim.

Øystein grew up in the front row in church, listening to his mother play the organ and his grandfather preach. He was baptized at the age of 17. He always was an Adventist and always wanted to be an Adventist. But, he said, he was spiritually blind until he asked Jesus to open his eyes.

“From that time, the Bible and the books of Ellen White have been my life,” he said.

Thank you for your 2017 Thirteenth Sabbath Offering that helped turn the basement of the Betel Seventh-day Adventist Church in Oslo into a “center of influence” community center for young people.

The Advent Tidende, a Danish-Norwegian paper and first non-English periodical published by Seventh-day Adventists, was begun by John G. Matteson, a Dane who had emigrated to the U.S.