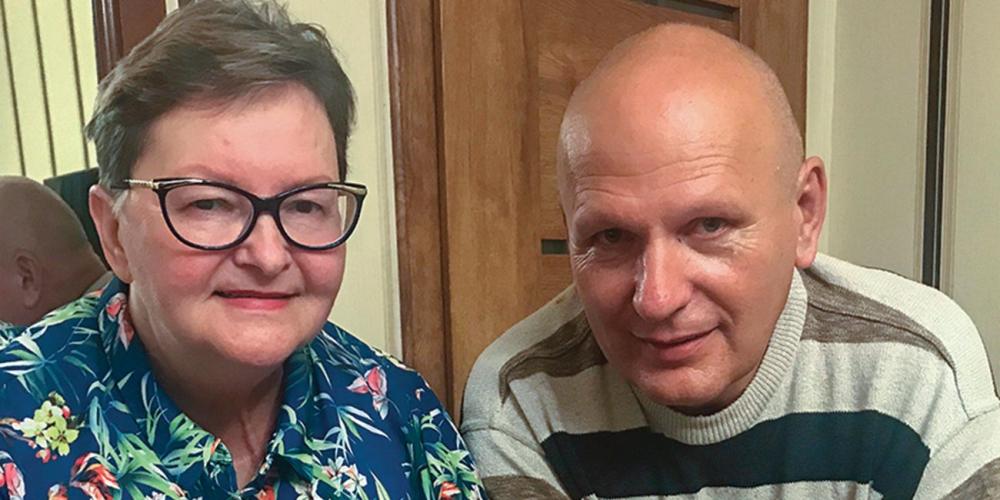 To Sabbath School teachers: This story is for Sabbath, April 25.

Halina Pastuszko decided that she didn’t want any more children after giving birth to a third daughter in Poland.

But she learned at the age of 42, the same year that her first grandchild was born, that she was five months pregnant.

The pregnancy alarmed the physician, and he warned that the child might be born disabled because of Halina’s age. Poland lacked facilities to raise disabled children at the time.

The physician suggested an abortion and gave Halina the telephone number for a doctor who could perform the procedure.

From home, Halina tried to call for an appointment, but she got no answer. Giving up, she returned to her accountant job in the city housing department in Rumia.

Meanwhile, her husband, Wladyslaw, learned from a daughter that his wife had tried to call the abortion doctor, and he rushed to her workplace.

“This is my decision,” Halina said. “I want to have an abortion.”

Falling to his knees, Wladyslaw pleaded, “Please, don’t do it.”

Halina asked whether he would leave her if she had the abortion.

“No,” he said. “No matter what happens, I will never leave you.”

Adam, a healthy baby boy, was born three and a half months later. For the first time, Halina realized that people can be wrong no matter how strong their opinions. If God wants to accomplish something, He will fulfill His plans.

Halina began to wonder why her husband attended a Seventh-day Adventist church. She hadn’t thought much about God in communist-era Poland. But now she felt grateful for her healthy baby and wanted to do something good for God. She decided to become an Adventist.

Without her husband’s knowledge, she studied the Bible with an Adventist pastor. She surprised Wladyslaw by being baptized at a camp meeting.

Several years passed, and Halina enrolled at the Adventist seminary in Poland to pursue higher education. During a class, she was moved to hear a man with Down Syndrome speak about the difficulties of disabled people. She decided to write her thesis on how to care for disabled children. Around that time, she met a physical therapist who introduced her to a 10-year-old disabled boy at an orphanage.

Halina loved Dawid immediately. The boy had been abandoned as a baby, and the orphanage had unsuccessfully tried to find an adoptive family.

Halina joined a government program that allows families to take orphans home for the weekend. She and her husband took Dawid home on Friday afternoons and returned him to the orphanage on Sunday evenings. One Sunday evening, Dawid didn’t want to go back. He clung to a chair and cried loudly. Halina also cried. She decided to adopt Dawid.

Halina gathered the family together to announce the decision. Everyone opposed the idea except their youngest, Adam, who was 12. After the family meeting, he wrote a tender letter to his parents.

“No matter how Dawid may act, I want him in our family forever,” he wrote.

Halina decided to take early retirement so she could devote all her time to Dawid.

Even though she was in her mid-50s, a court judge quickly approved the adoption.

Months after moving in, he had a first operation on his legs. The results disappointed the doctor, and he cautioned that the boy would never walk. He was wrong, no matter how strong his opinion. If God wanted to accomplish something, He would fulfill His plans. Dawid had four more operations and today can walk.

Dawid, 17, is a living witness to God. When the family goes out, people marvel at Dawid. They ask many questions, and the family replies by sharing the gospel. They have distributed 200 copies of “The Great Controversy” in the past year.

Dawid loves the Bible, and he has memorized several chapters. His favorite is Psalms 23. It sums up his life.

“The Lord is my Shepherd, I shall not want,” he said.

Thank you for your Thirteenth Sabbath Offering in 2017 that helped build a television studio for Hope Channel in Poland, broadcasting the gospel to the Polish-speaking world.