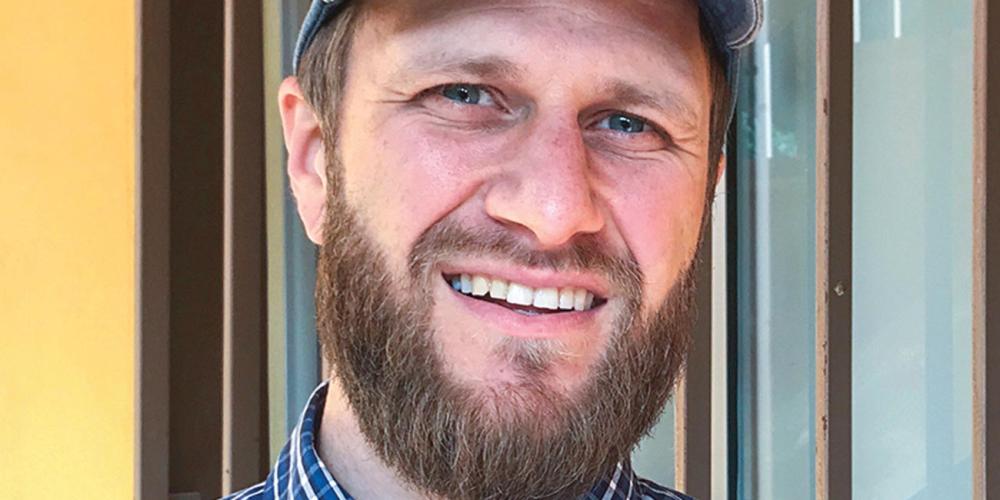 Praying in the Bathroom

To Sabbath School teachers: This story is for Sabbath, Feb. 29.

It was a tough first year at the Seventh-day Adventist college in Spain.

Dante Marvin Herrmann used up the last of his savings to pay the annual tuition of about 5,000 euros. Between classes, he worked to earn another 5,000 euros to provide for his wife and two young sons.

Now he faced a long summer away from home, working as a literature evangelist to pay for his second year of studies.

Dante didn’t mind the hard work, but he hadn’t enrolled at Sagunto Adventist College to sell books. He wanted to spend the summer traveling from church to church, telling how he, a tattoo-covered German, had left a life of drugs in the Canary Islands to become an Adventist.

Dante needed to talk to God about his financial problems. He made his way to his favorite place of quiet solitude — the apartment bathroom — and locked the door. Kneeling, he poured out his heart.

“Papa, the first year has finished. I received top marks in my classes, and I see that You have called me here,” he said.

Dante always addresses God as “Papa” in his personal prayers.

“Papa, I know You provide scholarships to some students,” he said. “Please help me because I don’t want to work as a literature evangelist with a focus on earning money. I want to preach Jesus. I need freedom to preach. I don’t have any money after using up my savings. Papa, please help me.”

Dante paused, and he sensed a still, small voice replying within him.

“You know that I don’t believe,” Dante said. “But I’m very grateful that You can help me to believe, and I thank You now for giving me 50,000 euros.”

After praying, he left the bathroom and went to the guest room to check on his mother, who was visiting.

Mother sat motionless on the bed, her face as white as a sheet. She held her cellphone in one hand.

“Something amazing happened,” she said.

“You know, I have been trying to sell my house in Germany for 10 years,” she said. “Well, I just received a WhatsApp message from a man who wants to buy the house, and he offered 50,000 euros more than I asked.”

Dante didn’t know what to do. He didn’t feel that it would be right to blurt out, “That’s my money. I prayed for it.”

Locking the door, he knelt on the floor.

“OK,” Dante said. “But who will tell my mother that she should give this money?”

“Do you believe that I can do it?”

He returned to the guest room, where his mother was still sitting on the bed.

“Dante, you know something?” she said as he entered the room. “I think it would be best if I gave you this extra money so you can pay for your studies.”

Dante, who is 36 and finishing his second year of studies, believes God guides those who walk in obedience and faith.

“When God answered my prayer, I realized that walking with God was walking with faith,” Dante said. “God doesn’t necessarily reveal to you all that will happen. He only asks you to trust in Him.

Part of this quarter’s Thirteenth Sabbath Offering will help Sagunto Adventist College expand its campus with a new seminary building, allowing more students like Dante to study to serve God.