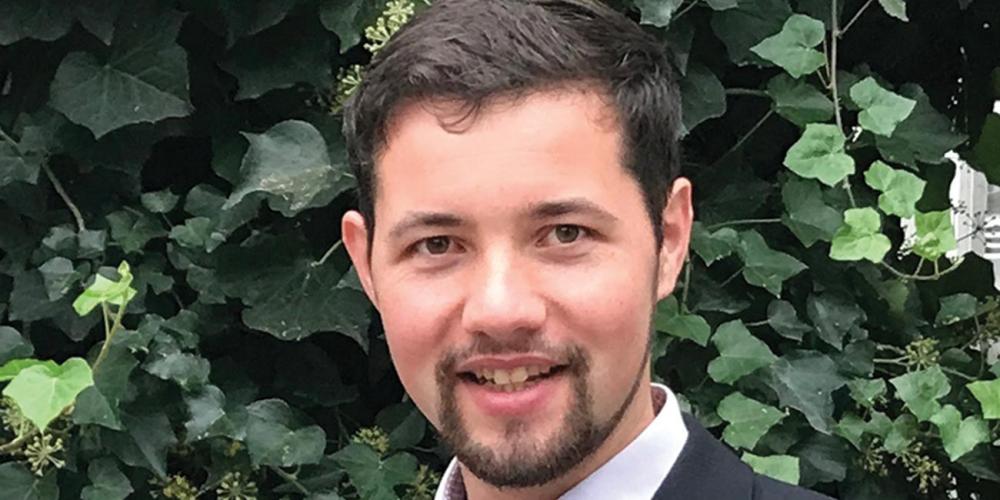 To Sabbath School teachers: This story is for Sabbath, Feb. 22.

Nothing thrilled Jan Haugg more than saving the environment.

At the university, he invited friends to watch environmental films and tried to make his own life greener through choices in food, travel, cleaning agents, and hygiene. He even went through apartments that he shared with roommates and turned off unneeded lights, much to the annoyance of others.

He was a missionary, but without Jesus. His religion was saving the environment.

As an international business student, Jan secured an internship at an environmentally friendly bank and decided to fulfill an international work requirement in Norway’s capital, Oslo. But he had trouble finding an affordable place to stay in Oslo. Then he remembered a family that he had met two years earlier while, in an attempt to learn how to be more self-sufficient, he had spent a summer on a Norwegian farm. He e-mailed the family for help and, several days later, they replied that they had found a place in Oslo.

Soon after Jan arrived in Oslo, he realized that he was surrounded by Seventh-day Adventists. His new roommate, David Mikkelsen, was an Adventist living in a small room in a church-owned home for Adventist students. Jan was a die-hard atheist from the former East Germany, which has the highest concentration of atheists in the world. More than 60 percent of the east German population identifies as atheist.

Although grateful for a place to stay, Jan thought, “They will try to convert me, but they won’t get me. I know what I believe.”

Nothing happened for three months. Jan liked the Adventist students, and they treated him kindly, even when he violated the rules with alcohol. They gained his confidence by taking care of his needs.

One day, Jan was invited to join 50 young Adventists on a boat trip to southern Norway. Jan enjoyed the outing and was pleased that the youth showed interest in his desire to protect the environment.

Then one of the youth leaders, Joakim Hjortland, invited Jan to study the Bible with him. Jan wasn’t interested, but he didn’t want to offend Joakim. He tried to come up with a good excuse.

“We don’t have time today,” he said. “Maybe tomorrow.”

The next morning, Joakim said, “Hey, remember what we talked about yesterday? How about studying the Bible?”

Jan tried another excuse. “I can’t study the Bible because I don’t have a Bible,” he said. Later, he called it the stupidest excuse that he could have given. He was surrounded by people with Bibles. Within moments, he was holding a Bible.

To believe the Bible, a person first needs to believe that it is God’s word. Jan didn’t believe in God. Joakim opened the Bible to Daniel 2. Jan listened with shock to Daniel’s prophecy about the rise and fall of the kingdoms of Babylon, Medo-Persia, Greece, and Rome. He saw that present-day Europe was fragmented as shown in the statue’s feet of iron and clay.

He decided that the Bible contained supernatural information and bought one for further study. In Olso, Adventist friends helped him find biblical answers to questions about the origin of sin, why God hadn’t destroyed Satan, and how the biblical account of Creation could be believed over evolution. The day came when he decided to give his heart to God.

“I never wanted to become a Christian, but the weight of the evidence was too heavy,” he said. “There must be God. And if God is there, and He is who He says He is, then there is no logical consequence but to follow Him. Who wants to join the losing team that has already lost the battle? That would be stupid. I wanted to be on the winning team.”

Today, Jan is 30 and training to be a pastor at the Bogenhofen Seminary in Austria. After graduation, he hopes to share the gospel with atheists in eastern Germany as well as with environmental activists. “I especially want to minister to the green movement people who want to save the world with their own strength,” he said. “If they would just get Jesus into the picture, their efforts could be channeled into the right direction. They are missionaries, but without Jesus, their work will not result in eternal life.”

Part of this quarter’s Thirteenth Sabbath Offering will help renovate the main building at Marienhöhe Academy in Darmstadt, Germany. Thank you for planning a generous offering.