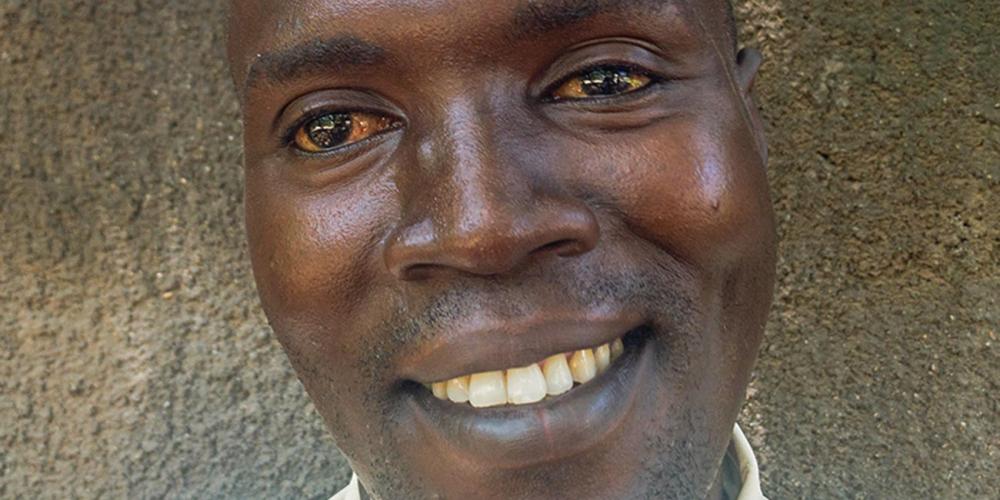 To Sabbath School teachers: This story is for Sabbath, Oct. 19.

ichael Kujjoo hated his father for as long as he could remember.

Sometimes people asked, “Where is your father?”

Michael replied, “My father is dead.”

That’s how much Michael hated him.

Father divorced Mother when Michael was 9 in Uganda. For a while, Michael visited Father’s farm, but Father made him work hard. When Michael finished working every day, Father didn’t give him food to eat. The boy felt used.

One time after visiting Father, Michael told his mother, “I can’t stay with Father anymore.” He never returned to the farm. But he couldn’t forget his bitterness. Life was hard, and he blamed Father. He thought life would be easier if Father hadn’t abandoned the family.

With no money, Michael dropped out after his third year of high school and became a rapper. He moved to Kenya, where he worked nightclubs for two years and grew long dreadlocks. When an uncle invited him to South Sudan, he took his hip-hop act to nightclubs in Juba.

One day, Michael was walking down the street, and a store owner called out to him.

“Where do you worship?” the store owner said.

“Look at me,” Michael said, pointing to his long dreadlocks. “Do you think I can go to church?”

Michael asked where the store owner worshipped and learned it was Juba Central Seventh-day Adventist Church.

“Those guys have false prayers with fake healings,” Michael said.

The store owner invited Michael to church, but he refused.

“We are starting a three-week evangelistic series next Saturday,” he said. “Why don’t you come?”

At the meetings, Michael liked the simple, direct prayers to God. Then the pastor spoke about the seventh-day Sabbath and provided Bible verses to show that God had never changed Sabbath from Saturday to Sunday.

At home, Michael read the Bible carefully and became convinced that the Sabbath is on Saturday.

On the last Sabbath of the meetings, Michael joined several other people in being baptized in the Nile River. No one said a word about his dreadlocks.

But when Michael began to attend church on Sabbath, he heard comments about his hair.

“You are baptized,” a church member said. “Don’t you want to shave off your hair?”

“Do you want to challenge me?” Michael replied. “Even Samson had his hair. This hair is not bad.”

“But people are looking at you because of your hair,” the church member said.

“I don’t care,” Michael said. “We should not judge other people.”

But Michael knew something wasn’t right. When he shared his personal testimony in various churches, he always began by saying, “Don’t be scared by my appearance. I am one of you.”

In his heart, he wanted to know whether the Adventists really accepted him or whether they were using him for their own purposes, just as his father had done years earlier. A year passed, and he realized that the church members loved him. He was home. He cut off the dreadlocks.

At the same time, he remembered his father. He read in Matthew 6:15, “But if you do not forgive men their trespasses, neither will your Father forgive your trespasses” (NKJV).

He prayed, “Lord, because it is Your will, let it be. Teach me how to forgive.”

It took three months to find Father’s telephone number. Michael expected Father to be angry, but he wasn’t.

“Yes, it is me,” Michael said. “It is hard for me to explain what happened.”

“Never mind,” Father said. “Don’t worry about it. I just want you back as a son. Come home when you can, and I will give you my blessing.”

Thirty years of hatred melted away in Michael’s heart.

“I thought I would hate him for the rest of my life,” said Michael, 38, who now works as a driver and does odd jobs in Juba. “But everything has changed because of the preaching that I heard in the Seventh-day Adventist Church. This church is really preparing people for heaven.”

Thank you for your 2016 Thirteenth Sabbath Offering that helped construct children’s Sabbath School classrooms at Juba Central Seventh-day Adventist Church, where Michael worships on Sabbaths. Part of this quarter’s offering will help construct a high school near the church.