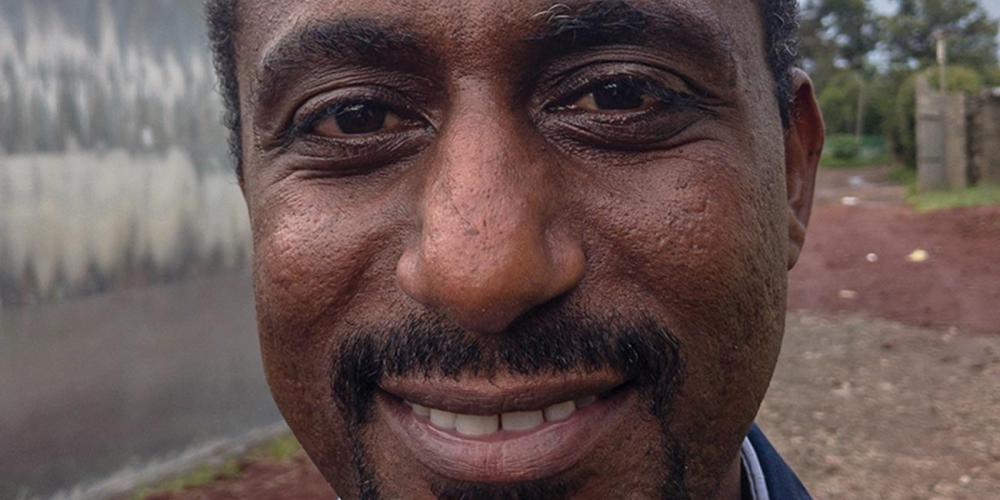 To Sabbath School teachers: This story is for Sabbath, Dec. 14.

The first two years of studies at Addis Ababa University flew by for Sintayehu Berhanu. But then a teacher scheduled the final statistics exam for Saturday. Without a passing grade, Sintayehu would not graduate.

The young Ethiopian had done well in the class, and he approached the teacher for help. “I believe that Saturday is the Sabbath,” he said. “I spend the whole day serving God. Can I stay in church?”

“This is an academic institution,” she said. “We are free from religion and cannot entertain this kind of case.”

Sintayehu persisted. “I’m sorry, but this is my belief,” he said. “Would you please change the day of the exam?”

Sintayehu, the first Adventist in his family, told relatives about the situation and asked them to pray. But instead, they pressured him to take the exam. An uncle living in Germany reminded him that he, as the oldest sibling, was responsible for six younger brothers and two sisters. Their parents had died some time earlier.

Sintayehu, who had been baptized as a boy attending Akiki Mission School, dismissed the suggestion. “I believe that baptism is done one time,” he said. “You should not plan on doing it again and again. God is sitting on the throne, and He tells us to keep the Sabbath.”

Even an Adventist pastor urged him to take the exam.

“Satan is tricking you,” he said. “He is trying to cancel all the years of effort that you have put into your education.”

But Sintayehu refused to back down.

“I believe that God is in heaven, and He knows what is happening in my life,” he said. “If He knows and keeps silent, then He has something better for me. I need to wait.”

Sintayehu missed the exam, and the teacher gave him a failing grade. But Sintayehu wasn’t sad. He figured that he had nothing to lose.

The next year, he retook the statistics class. The same teacher taught the class, and she scheduled the final exam for Saturday. Again, he missed the exam and was failed. The third time that he failed, he was expelled from the university. University rules stipulated that a student had to leave after failing three times.

Sintayehu thought it was the end of his education, but he wasn’t worried. He figured that he had nothing to lose.

He found a teaching job at an Adventist preschool in Debrezeit, a town located 25 miles (40 kilometers) from Addis Ababa. A year passed. Then the university announced that it was changing its rules. The previous semester, it had been forced to expel a large number of students who had failed classes three times. So, it decided to welcome back students with a grade point average of 2.0 or higher.

Sintayehu returned to the university and took the statistics class for the fourth time. His former teacher had left the university, and he easily passed the statistics class. When he graduated, an Adventist school in Addis Ababa immediately offered him a job because of his good reputation from teaching at the preschool. Later he earned a master’s degree and went on to work for Adventist World Radio. Today, he is a television producer for the Adventist Church.

One of Sintayehu’s favorite activities is to meet with Adventist students on his old campus at Addis Ababa University and encourage them. Many of the students face classes on Sabbath. Sintayehu tells them to obey God and keep the Sabbath — and then they will have nothing to lose.

“My classmates thought that I lost a lot when I was expelled from the university,” he tells them. “They graduated and were hired immediately. But now I am better off. If they are fired or face other hardships, they could lose everything. But I have nothing to lose. I have God, and He is everything to me.”