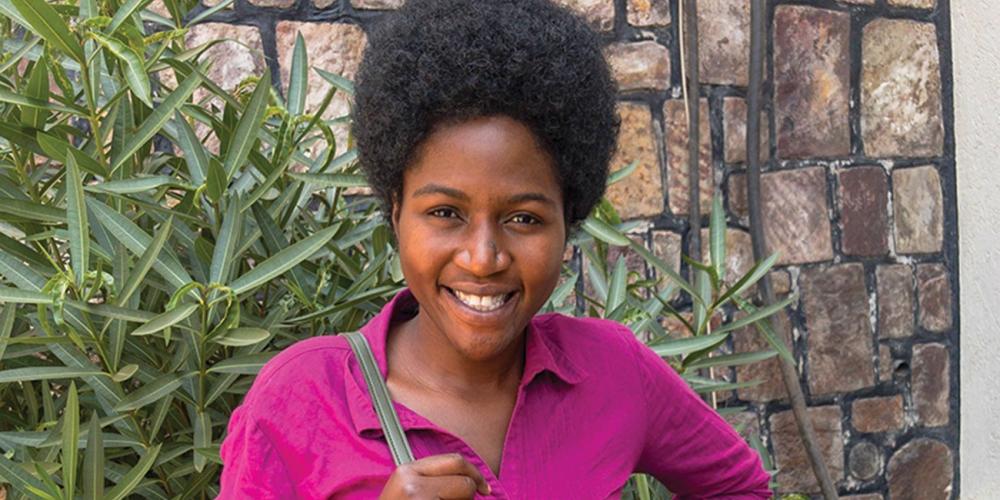 To Sabbath School teachers: This story is for Sabbath, Nov 23.

Yvonne Mushimiyimana eagerly signed up to sing at her high school’s music concert.

She borrowed tight-fitting clothes from her friends. She chose colorful makeup to make sure that the audience noticed her on stage. Then she sang with all her heart.

Afterward, students crowded around her.

“Why were you burying your talent?” asked one.

“Stop wearing long skirts,” said another. “The clothing of Seventh-day Adventist girls does not match your beauty or your sweet voice.”

Yvonne loved the praise, and she readily accepted requests from her new friends to stay for a dance party after the concert. Many of her Adventist classmates, however, left after the concert to attend Friday evening worship services at church.

On Sabbath morning, Yvonne went to church as usual. But church leaders learned that she and four other Adventist teens had gone to the dance party. All five students were punished. Four asked forgiveness and promised not to break the Sabbath again, but Yvonne refused to apologize.

“I can’t,” she told the pastor. “I want to continue singing and dancing.”

She stopped going to church on Sabbaths. She changed her clothing style and the way she walked. Everywhere she went, people stopped to look. Soon she became one of the most popular girls in school.

Her popularity soared even higher when she started to compose her own songs. Her first song became a big hit on campus, and she smiled happily when she heard students and teachers listening to it.

Yvonne’s new life kept her very busy, and she began to skip classes. Still, she passed final exams with high marks. Astonished teachers asked how she had managed to get good grades without attending classes. She didn’t know what to say, but she secretly thought that the reason must be that her mother was praying for her.

At the university in Rwanda’s capital, Kigali, Yvonne worked hard to become a pop star. She called herself Sister Yvonne and recorded songs in professional music studios. She made music videos and performed in bars and night clubs. She further tweaked her clothing and makeup to match the flirty style of pop stars. She wore three earrings in each ear and a stud in her nose. She got tattoos.

Her parents, who stayed back at home in eastern Rwanda, were sad, and Father stopped sending money. But Yvonne didn’t back down. When she realized that she didn’t earn enough money from concerts to pay her bills, she tried selling women’s clothing at a city market. Then she took a job as a kindergarten teacher.

The children were impressed when Yvonne showed up at the kindergarten dressed in cut-off jeans shorts and decked out in jewelry. At home, the children begged their shocked mothers for tattoos and nose studs. When the mothers learned that their children had been inspired by their new teacher, they flocked to the kindergarten to complain.

The steady stream of complaints saddened Yvonne, and she lived for the weekends when she could dance at night clubs. But the dancing didn’t take away her sadness. She didn’t know what to do.

One day, she was sitting at home when she heard a sermon being preached over loudspeakers at a nearby Seventh-day Adventist church. She didn’t want to hear the sermon. She slammed shut her bedroom door and turned on loud music.

The next day, the preacher gave another sermon. Then he preached for a third day. The nearby Ruyenzi Seventh-day Adventist Church was conducting a three-week evangelistic series.

Finally, Yvonne gave up and listened to a sermon from her home. The preacher’s words warmed her heart, and she began to attend the meetings in the church. She was baptized at the last meeting, and she dedicated her voice to God.

Today, Yvonne is 27 and a teacher. She also is a gospel singer who composes songs to glorify God, and is the single women’s leader in her church.

“I thank God for keeping me safe when I went my own way,” she said. “Had it not been for his protection, I could be dead by now.”

She is especially grateful to her parents for raising her with biblical values. She sees truth in Proverbs 22:6, which says, “Train up a child in the way he should go, and when he is old, he will not depart from it.”

“I’m sure my mother’s teachings in my childhood helped,” she said. “Even though I drifted from God, my mother’s words remained in my heart.”