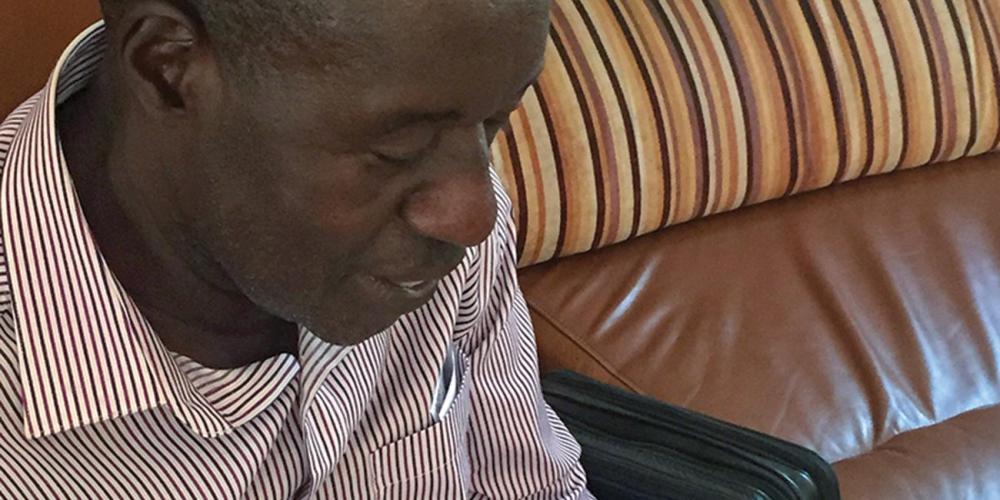 To Sabbath School teachers: This story is for Sabbath, Nov. 9.

Some people read books or play cell phone games while riding the bus to work.

Samuel talks about Jesus and His soon coming as he travels to work every morning in Rwanda’s capital, Kigali.

He never knew whether his words had any impact on listeners.

Samuel was crossing a Kigali street when a woman called out to him.

Samuel wasn’t a pastor, but he was used to people addressing him as one because of his practice of preaching on buses. He stopped and looked quizzically at the woman.

“You are doing a very good job, but perhaps you don’t know it,” the woman said. “We met on the bus, and you preached about a problem that I had.”

The woman reminded Samuel that he had preached one morning about making God first.

The message convinced her to make an important decision as soon as she arrived at her workplace.

After praying, she felt stronger. She knew what she would say to her boss.

A few hours passed, and her boss showed up at work. He came straight to her desk.

“My boss, I will not sin,” she replied. “I cannot go with you for three reasons. First, I’m a married woman, and I must be faithful to my husband. Second, I am a Christian, and I won’t sin against my Savior. Third, I am a leader in my church, so I must be an example to others.”

The boss was shocked.

“I have approached you many times, and you never said yes or no,” he said. “Why? You heard my proposal, but you didn’t make any decision.”

His eyes narrowed in anger.

“You will be fired for this,” he snarled and stormed out of the room.

The woman swallowed hard and prayed.She didn’t want to be fired.

“God, I glorified You at my work,” she said. “I made You first. If I get fired, please take care of my children.”

To be fired, she had to receive a dismissal letter from her boss. She thought the letter would be delivered the next day, but it wasn’t. A second day passed, and no letter. That evening, on the television news, she heard that her boss had been fired. She wept and praised God.

On the street, the woman told Samuel, “I was supposed to be fired, but I kept my job. I don’t thank God that my boss was fired. I thank God because He protects those who put Him first.”

Samuel is determined to keep preaching on buses. He also sometimes preaches on the street. But most of all, he said, he strives to preach without words. With God’s help, He allows his appearance and actions to reveal Christ to others.

Church members worldwide also preached a sermon without words when they contributed to a 2016 Thirteenth Sabbath Offering to open a medical school on the campus of Adventist University of Central Africa in Kigali. Samuel said he is grateful for the medical school, where teachers and students are helping spread the gospel around Rwanda.