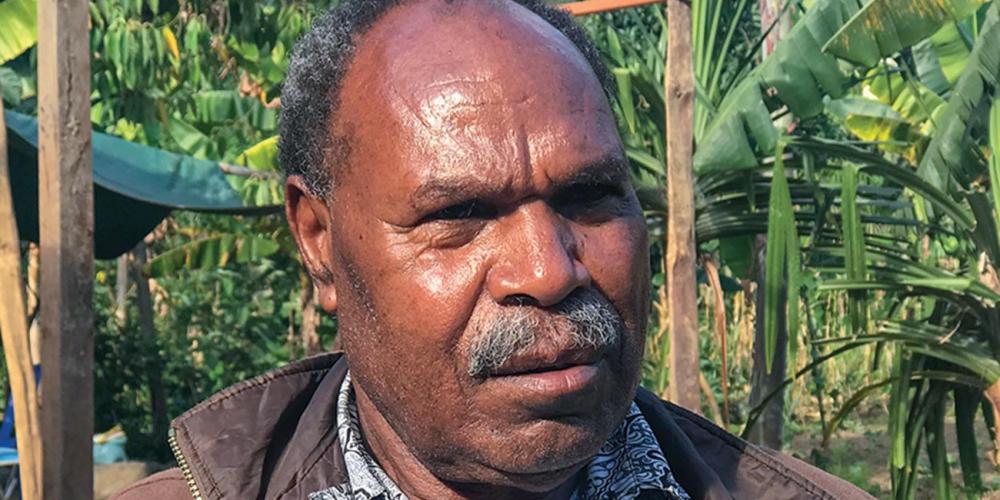 To Sabbath School teachers: This story is for Sabbath, July 20.

any elderly Seventh-day Adventist pastors return to their native villages when they retire in Papua New Guinea and spend their last years at home and with family.

Not Okanama Kevi, a veteran pastor from Ura village in the highlands of the South Pacific country.

His life became even more busy in retirement as he felt called by God to start a full-time prayer ministry.

Pastor Okanama’s name has become known across Papua New Guinea as God answers his prayers in a special way. Adventists and others call him on his cell phone and knock on the door of his family hut in a mountainous forest. He has compiled a long prayer list to raise to God every morning and evening.

One day, a pastor from another Christian denomination showed up at Pastor Okanama’s house. The visitor, Ricky, lived in another province and had heard about Pastor Okanama’s prayer ministry while visiting Ura on church business.

Ricky arrived at the house with his heavily pregnant wife.

“Please, can you pray for my wife?” Ricky asked. “She is past her due date, and we are very worried.”

Pastor Okanama anointed the woman with olive oil and prayed for her.

The next Sabbath, Ricky went to the Adventist church with his wife and all six of their children, including the newborn girl.

Pastor Okanama immediately invited Ricky and his wife to join the church’s baptismal class, which he oversaw. The couple’s five older children, ages 8 to 12, also began to study the Bible. After several months of study, the couple and their five children were baptized in August 2017.

“Now Ricky has left his church and his work as a pastor,” Pastor Okanama said in an interview at his home. “He is a faithful member in our church.”

Following Ricky’s baptism, a senior pastor from his former church visited the Adventist church in the village. He was given time to speak after the Sabbath worship service. He stood up and, weeping, gave an emotional speech.

“I invested a lot in Ricky,” he said. “Now he has left me and gone to the Seventh-day Adventist Church. You guys take good care of him and look after him well, just as I looked after him.”

With that, he gave his blessing to Ricky’s decision.

Ricky, in addition to working as a pastor, owned two small businesses selling stationary and renting cars. After he was baptized, he called Pastor Okanama to his workplace and asked him to dedicate his businesses to the Lord. The pastor did with joy.

“He is a fruit of my prayer ministry,” said Pastor Okanama, 66. “Through this ministry I have prayed for many pastors.”

He has no plans to retire. Do you?

Part of a Thirteenth Sabbath Offering in 2016 helped construct children’s Sabbath School classrooms in Papua New Guinea, including in the area near Pastor Okanama’s home. Thank you for your Sabbath School mission offering.