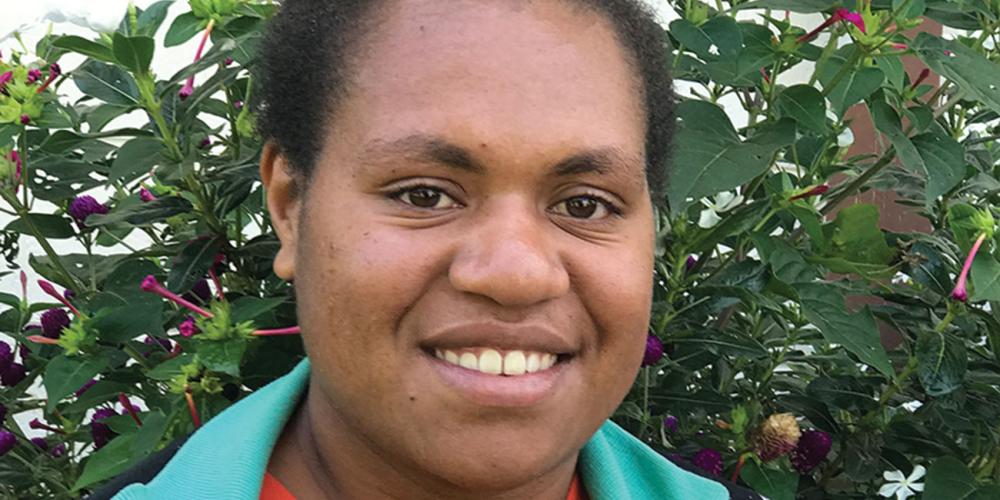 An adopted girl returns home to convert her parents.

To Sabbath School teachers: This story is for Sabbath, July 6.

Talitha Hoyato’s parents were known as drunks and gamblers in Goroka, a mountainous town in Papua New Guinea. They were so busy drinking and gambling that they often forgot about their 8-year-old daughter at home. So, they didn’t mind when a kind neighbor asked to adopt the girl.

The neighbor took little Talitha home and told her to call her “Mother.”

Early in the morning, Talitha awoke to Mother’s alarm clock at 5 a.m. She saw Mother slide out of bed and onto her knees, and talk out loud to God. Mother even mentioned Talitha’s name. Then Mother opened a black book and read.

The next morning, the alarm again awoke Talitha at 5 a.m. She again watched Mother pray and read. Later that day, several guests visited the house and asked Mother for advice about personal problems. Mother prayed with the women and offered advice from the black book, which Talitha learned was a Bible.

Talitha began to copy Mother. When the alarm went off, she also got into her knees and prayed. She read the Bible. Mother taught her to share what she learned in the Bible with others. As Talitha prayed, read, and shared, she saw that God answered her prayers. She believed in Him.

The years passed, and Talitha grew up. When she was 17, she was baptized.

Shortly after the baptism, Mother told Talitha that she needed to move back home to her birth parents.

“Do you mean it?” Talitha asked, weeping. “You really want me to go back?”

With tears, Mother replied, “Because you have accepted Jesus as your personal Savior, you have to let your birth parents know about Him.”

Ellen White says in “Christ’s Object Lessons,” “If you have accepted Christ as a personal Saviour, you are to forget yourself, and try to help others. Talk of the love of Christ, tell of His goodness. Do every duty that presents itself” (page 67).

Talitha’s parents welcomed her home, and she befriended three younger siblings, two brothers and a sister whom she had never met. She set her alarm for 5 a.m. and got up to pray and read the Bible.

She tried to tell her parents what she had read, but they refused to listen. So, she went to their bedside while they slept and told them Bible stories. She prayed over them. She remembered that her adoptive mother had said, “To convert a soul is not our business, it is God’s business.”

After a year, Mother agreed to go to church but expressed fear that the church members would make fun of her for drinking and gambling. Talitha told her not to worry.

“God sees the heart,” she said. “When Jesus was here, He mingled with people just like you. So, don’t worry about what others say. There is great joy in heaven when one sinner repents.”

Father didn’t say anything when Mother returned from church. Talitha invited him to join them, but he refused. “You are just a kid,” he said. “Don’t tell me what to do.”

Talitha kept praying for Father but changed her prayer when she read Daniel 4:28-37. She read that God changed Nebuchadnezzar into an animal so the king would acknowledge Him.

“Dear Lord,” she prayed, “if you can change a king into an animal so he realizes that You are God, then look at my Daddy, who is only an ordinary man. Please do something that will cause him pain so he will acknowledge You.”

Shortly after Talitha began to pray this way, Father was arrested. Father, who worked as an electrical engineer, hadn’t completed a contract, and his employer sent him to prison. He began to believe in Jesus in prison. When he was freed after three months, he joined the baptismal class at church.

But one month later, Father died from typhoid fever. He was 45.

Talitha didn’t understand what happened, but she said God answered her prayers. “I expected my Dad to become an Adventist and for us to go to church together as a family, but that didn’t happen,” she said. “But I’m glad because Father died believing in Jesus. When Jesus comes, we will go to heaven as a family.”

Talitha, who is 19 and studying to become a schoolteacher, is glad that she has two mothers. “I always thank God for my adoptive mother, who taught me to be a disciple in my early childhood,” she said. “Now it has become part of me to witness wherever I go.”