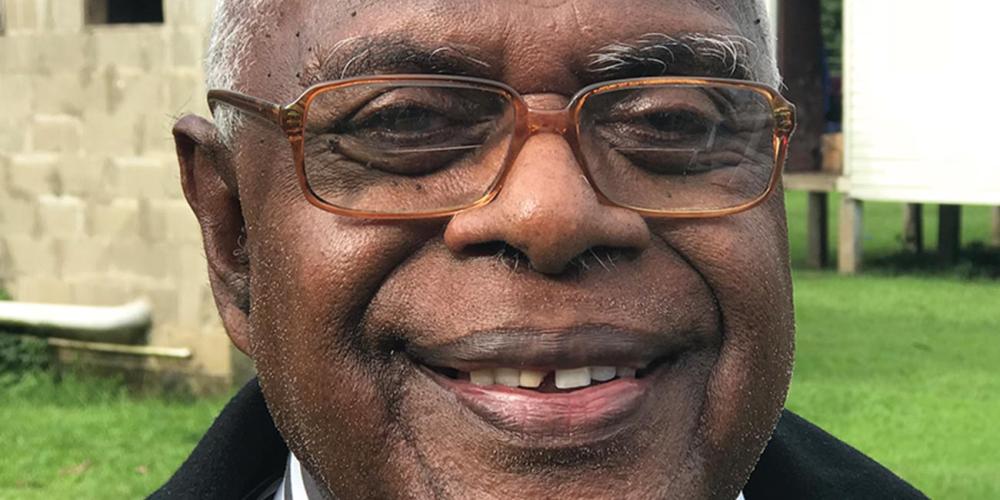 “You worship on … the wrong day. Now you are suffering the consequences.”

To Sabbath School teachers: This story is for Sabbath, Sept. 14.

Joeli Rabo, an insurance agent in Fiji, looked up from his hospital bed and into the face of his distraught aunt.

“Son, you have to leave that church. Don’t bring it to the village,” she said. “It’s a curse to you. Much more bad luck will come if you bring that new belief into our village. You worship on a different day. It’s the wrong day. Now you are suffering the consequences.”

Joeli looked down at his bandaged arms. Both had been broken in a car accident. Two of his nephews had died.

When Joeli was baptized earlier, he had a burning desire to share his faith with his home village, Nabouciwa. But he received a hostile reception from the villagers, many of whom were relatives and belonged to another Christian denomination. Still, Joeli organized evangelistic meetings, and 10 people were baptized. Then he secured a plot of land to build a church. He scheduled a day for the new church members to join him in clearing the land for the building.

The day before the land clearing, Joeli got up early to drive his 27-year-old nephew to the Nadi airport. Also in the Subaru sedan were the nephew’s mother and two younger brothers, and Joeli’s own 13-year-old son.

Around 4 a.m., Joeli fell asleep at the wheel, and the car veered off the road. The 27-year-old nephew and his 16-year-old brother were killed instantly. Their mother and the other nephew, who was 13, were hospitalized with serious injuries. Joeli’s arms were broken. Somehow, his son escaped uninjured.

Joeli’s aunt came to the hospital to talk him out of his plans to build the Adventist church.

Joeli looked up at her from his bed.

“Auntie,” he said, “You have only one son. If I died on this hospital bed for your son to become an Adventist one day, I’d thank God for the opportunity to give my life for your son’s life.”

The aunt turned away. She had tears in her eyes.

Although Joeli had spoken with confidence, he wasn’t sure about building the church. He prayed during his month in the hospital, “Dear God, I don’t know whether I am doing Your will.”

But when he left the hospital, he had no doubt that the church must be built. He could say with Ellen White: “Suffering has been the portion of the people of God from the days of the martyr Abel. The patriarchs suffered for being true to God and obedient to His commandments. The great Head of the church suffered for our sake; His first apostles and the primitive church suffered; the millions of martyrs suffered, and the Reformers suffered. And why should we, who have the blessed hope of immortality, to be consummated at the soon appearing of Christ, shrink from a life of suffering?” (“Testimonies for the Church,” Vol. 1, page 78).

Joeli realized that suffering can happen while spreading the gospel because the devil is angry. The church opened within a month.

Joeli was happy that his village had a church, but he longed to plant another church, this time in a village called Kiuva. But he didn’t want tragedy to befall anyone. So, he and other church members decided to pray and fast twice a week as they went door to door in the village.

“Lord, I had a bad experience in my own village,” Joeli prayed every day. “Now I am taking the gospel to another village. Please don’t allow a bad experience like last time. Please guide me in all that I do so I don’t experience the same thing again.”

To his astonishment, one of the villagers took a liking to the Adventists and invited Joeli to hold Sabbath worship services in his home. He later donated a plot of land to build an Adventist church.

Joeli said prayer and fasting helped the church to be planted easily.

Then he went to a third village, Buretu. Again, he and the church members prayed and fasted. To their joy, the village chief and his family were baptized.

But tragedy struck before Joeli could construct a church building. The chief died of diabetes. Villagers wondered whether the chief was being punished for becoming an Adventist.

Joeli said the devil used the chief’s death to attack the Adventist work, and he believes that the church building will go up. He also is looking forward to this quarter’s Thirteenth Sabbath Offering, which will help prevent diabetes deaths by funding a health project called “Save 10,000 Toes.”

Joeli said God will prevail in the village. Speaking in an interview, he remembered what happened after he told his aunt that he was willing to die for her only son. Later, her son and his four children were baptized and became Adventists.

“When I visited my auntie before she died, she thanked me for sharing the message with her only son,” Joeli said. “God controls everything.”