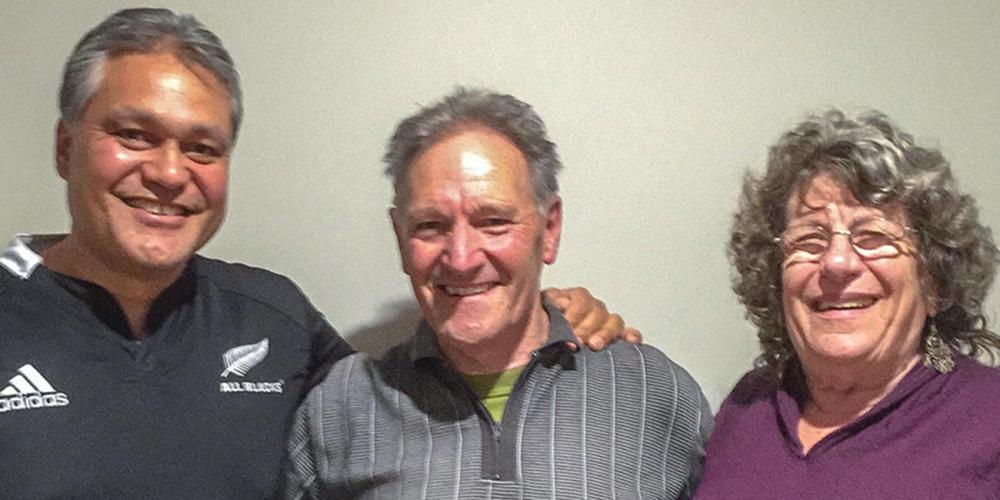 “God gave me this brilliant idea and said, ‘Why don’t you start up a gym?’”

To Sabbath School teachers: This story is for Sabbath, Aug. 31.

illiam Arama, a pastor in the northern town of Kerikeri in New Zealand, read the e-mail with interest.

“Hi, Hope Channel,” it said. “My wife and I are moving to Kerikeri soon. We will be looking for a church to attend. A while ago, we saw a program hosted by a man at a gym in Kerikeri. I am wondering if he will be contactable when we get there. We also love your programs. Yours in Jesus’ name, Colin Horsfall.”

Joy filled William’s heart as he read the letter. It felt good to know that someone was watching his program and that hearts were being touched. Now this couple wanted to come to his church. He was amazed.

William wrote back that he was delighted Colin and his wife were enjoying Hope Channel. He explained that Kerikeri, located about 155 miles (250 kilometers) north of New Zealand’s biggest city, Auckland, was a small town of 7,500 residents. He said the Adventist congregation met at 10 a.m. every Sabbath in a chapel in a retirement community.

“We would be happy for you and your wife to join us,” he said. “Call me if you need help.”

“Thanks,” Colin replied a short time later. “We will catch up soon.”

William had arrived in Kerikeri a few years earlier to plant the town’s first Seventh-day Adventist church. Only one Adventist family lived in the town at the time, and William didn’t know anyone. After praying about how to move forward, he decided to open a gym.

“God gave me this brilliant idea and said, ‘Why don’t you start up a gym?’” William recalled. “I started a gym because I knew I would meet a lot of people.”

He did meet many people through the gym — and he also began to contribute to Hope Channel New Zealand, the local affiliate of the Adventist Church’s international channel. Hope Channel began broadcasting free-to-air to every household in New Zealand with funds from a Thirteenth Sabbath Offering in 2016.

One of the programs that Williams made for Hope Channel featured him offering exercise tips in the gym. In the program, he described how people are worried about their physical health and asked, “Well, what about your spiritual health?”

This particular program had an impact on Colin and his wife, Robyn, who were preparing to move from Kaitaia, a town about 60 miles (100 kilometers) northwest of Kerikeri. The couple attended a church belonging to another Christian denomination in that town.

The Sabbath arrived when Colin and Robyn showed up in William’s church for the first time. The church’s 12 members welcomed them warmly, and they enjoyed the sermon and lunch afterward.

“Everyone was friendly and made them feel welcome,” William said. “And they just kept coming back.”

He learned that Colin, 75, was a medal-winning cyclist in the country’s main cycling competition, World Masters Games. He saw that Robyn loved to watch Hope Channel and, after seeing him on television, would greet him on Sabbath, saying, “I’ve seen my favorite pastor during the week.”

Colin and Robyn soon asked for Bible studies, and they are preparing for baptism.

William — pictured left, with Colin and Robyn — firmly believes that Hope Channel is opening many doors in New Zealand, which has a highly secularized society.

“This is how God is able to speak to those who probably are dealing with issues that they don’t want others to know. They don’t want to be seen in church,” William said. “But through Hope Channel, they can sit comfortably in their homes and hear God’s message.”

Thank you for your Thirteenth Sabbath Offering in second quarter 2016 that helped Hope Channel go free-to-air to every home in New Zealand. Thank you also for your regular Sabbath School mission offerings that spread the news of Jesus’ soon coming around the world.